Arthur Lee is convinced that BRI opens up opportunities for many different types of companies along the whole of the length of the BRI. "We can see that this is opening the door for businesses for significant geographical expansion." 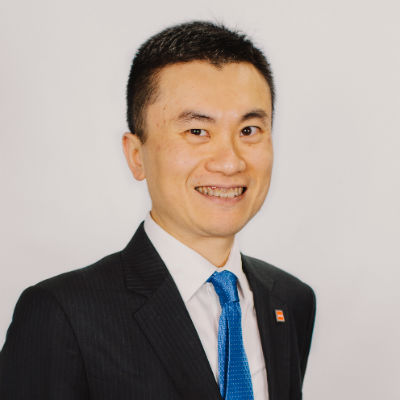 From his view,  the BRI gives all Chinese companies more possibilities for growth. He cites two key reasons for this optimism: first the sheer scale of the BRI geographical area; and secondly the Chinese government support that companies can receive when they look to invest makes a success of BRI more possible.

Pre-BRI he suggests that when Chinese companies were looking to expand overseas they might face significant barriers such as finding financing to underwrite their growth strategies. He says: "Now with BRI the banks are now more understanding of the markets. They are prepared to look at countries along the BRI and are prepared to make their corporate clients make the necessary investments."

"Having rules which would allow, for instance, the free flow of foreign currency and the free movement of people along the BRI would maximise trading benefits."

He is an advocate of the advantages that BRI will bring in terms of free trade across borders. The manufacturing sector, trading entities and support services – such as professional accountancy firms, lawyers, bankers and company secretaries – all could benefit from the new projects that BRI would usher in.

At the same time he suggests that to realise the full benefits of BRI it would make sense to look at the introduction of common rules and regulations to lower the barriers to open markets. He says: "Having rules which would allow, for instance, the free flow of foreign currency and the free movement of people along the BRI would maximise trading benefits."

Common trade standards would give companies greater certainty on what is required along the length of BRI. Arthur Lee says: "We need common standards on how we measure for example accounting rules. Even with IFRS compliance there are minor differences in the national accounting languages." Remove those variations and it would be possible to see open accounting software in use all along the BRI.

He also points to securities regulations which could be improved. "If one company is listed on a security market in one country how can it be made easier or possible to achieve listing in another?" He would like to see more streamlined procedures and methods for listings. "It would be really helpful if more common rules can be established along the BRI."

Accounting professionals are central to the BRI process, according to Arthur Lee. "Whether you are a Chinese company expanding overseas or a Pakistani company wanting to invest into China, every one of them needs finance professionals because accountants help enterprises talk in a common language."

That is why Arthur Lee believes that ACCA has a big, central role to play in the development of the BRI. "We [ACCA] have a membership throughout the BRI and we can help to develop that common language which is so necessary to BRI's development. We can help build capacity and contribute to the thinking that will determine BRI’s success."

"We [ACCA] have a membership throughout the BRI and we can help to develop that common language which is so necessary to BRI's development. We can help build capacity and contribute to the thinking that will determine BRI’s success."

Arthur Lee is an ACCA council member and was elected to the council in 2016.

Arthur is the assistant president, company secretary and general manager of investor relations for CGN New Energy Holdings Co Ltd. He has been with the company for more than nine years, holding various other positions including controller and director of strategy.

Arthur is a member of the ACCA Hong Kong Committee, and served as its chairman in 2015-16. He also involves in the Hong Kong Chinese Enterprises Association, where he serves as the executive vice-chair of the Youth Committee. He is also the district treasurer for Rotary International District 3450 in 2016-17.

He has a degree with major in Information Engineering from the Chinese University of Hong Kong, as well as an MBA from the University of Warwick and a Master of Corporate Governance degree (with distinction) from the Hong Kong Polytechnic University.