Now the Paris climate change agreement is in force, environmental reporting will be in increasing demand, leading to a greater call on professional accountancy practices 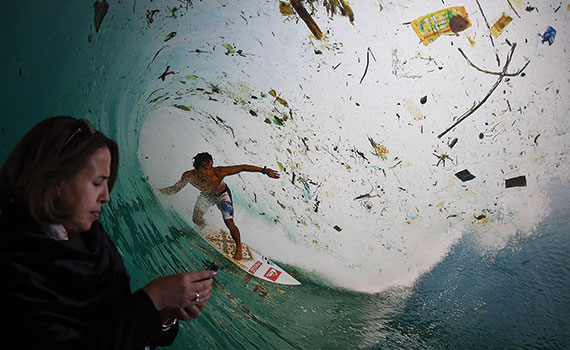 With the Paris agreement on fighting climate change having come into force on 4 November 2016, financial and environmental reporters will start to prepare in earnest for the monitoring and reports that will follow its implementation.

Of course, ironically, four days later – on 8 November – Donald Trump was elected as US president, having campaigned against the agreement. But specialists talking to Accounting and Business have predicted he will not wreck this ratified treaty, but rather slow its impact.

So environmental reporting will continue to become an increasingly important practice for many accountants and auditors as the Paris climate change treaty is enforced, according to leading figures in the industry.

One of the cornerstones of the Paris accord is a recognition both of the need for carbon pricing mechanisms across different geographical entities, and, at the sub-national level, companies to integrate their direct and indirect greenhouse gas (GHG) emissions into their bottom line. ‘In the same way you have general accountants who do most things, but also specialise in treasury, or hedging, I would expect the same opportunities to open up in the environmental and sustainability space,’ says Alan McGill, a sustainability and climate change partner at PwC in the UK. ‘The question is about the relevance of the existing financial auditors and whether they have the right skills. Professional accountants are going to be dealing with much broader information sets. The level of professional judgment calls that are going to be required will result in opportunities for specialist accountants and accounting firms.’

Richard Martin, head of corporate reporting at ACCA, suspects this need will be predominantly handled inhouse: ‘I think companies will want their own recruits, their own people.’ While he feels regulation will flow from national laws implementing the Paris deal, the most acute pressure to comply, he suspects, will come from shareholders and investors. ‘The main driver may not be what a government wants to bring out [in terms of environmental information], but investors and shareholders wanting to know how the company is doing.’

‘Professionals need to be prepared for a huge demand for environmental accountants specialised in not just accounting, but also the auditing part,’ added Neetika Maheshwari of Accelero Corporation, a US-based accountancy firm specialising in carbon accounting, ‘especially when there are mandates being put on the corporates’.

According to Mat Nelson, EY global and Asia-Pacific leader climate change and sustainability services, such skills exist but need to become more widespread. ‘We already have global specialists. That niche is in place, but the reality is it’s only there in certain jurisdictions.’

McGill is also wary of the potential for fragmentation of regional and global regulation of climate policies that new specialist bodies providing oversight might bring. ‘That can lead to issues around quality and training,’ he notes. ‘Training is becoming broader and is including environmental issues and reporting. Its importance is better understood.’

ACCA has taken its own steps to raise awareness and understanding of environmental reporting. In 2015 it published, together with Fauna & Flora International and KPMG, a major report on the subject: Is Natural Capital a Material Issue? ‘We have been promoting the awareness of the impact of corporate activities,’ said Martin. ‘One of the key roles in our education is that we expect students to learn about environmental reporting in their qualifications.’

Companies must realise, says McGill, that environmental reporting is more than an add-on. ‘Even if you don’t believe in climate change, being more efficient and getting more units of production from every tonne of carbon makes economic sense. If you are looking to grow your company, but decide you will also grow your carbon emissions, then you will become less productive and competitive compared with other companies.’

Martin agreed that environmental reporting ‘translates into ensuring that business models include some recognition that carbon needs to be incorporated. It’s not just something additional to the business model.’

This has repercussions for companies who will need to identify not just their own direct carbon emissions, but how these climate costs work into their wider overheads. Traditionally, such environmental costs have been lumped in with overheads, where they cannot be linked to the products and processes that generate them.

An example of such a holistic approach can be found in the UK, where a single energy and carbon reporting scheme is to be introduced from April 2019 and will integrate existing compliance and reporting requirements from Paris and the EU emissions trading scheme. ‘There has to be an internal price for every carbon emission,’ says Maheshwari. ‘Put up a cost for it to see the real profits and loss. Reporting needs to be transparent and accountable to the public.’

‘We need good mechanisms to capture what is happening and once we set these indicators we need to be able to report against them,’ adds Nelson. ‘Accounting and reporting is needed to build that trust and confidence.’

Moreover, ‘measurement is important’, stresses Martin, who believes that a standard three-level approach to quantifying carbon is likely to prevail: scope 1 – a company’s own emissions; scope 2 – emissions that include those of your supply chain; and scope 3 –the end products a company produces and the environmental impact these have.

The role of clients complicates matters further. ‘Organisations are not going to restrict themselves to the financial boundaries and measures that we currently have in place,’ says McGill, who cites the example of a textile company: ‘Around 96% of the impact of a garment sits with the customer – how many times they wash it during its use – far more than in the factory – or even the growing of the cotton. If you can innovate, devise a way to reduce that impact – a material that you can wash by just dropping it in a bucket of cold water – you might be able to sell double the number of shirts for the same impact.’

Determining where such boundaries should be drawn and where they may overlap will be tricky. ‘There’s no international linked-in market for counting carbon,’ says Nelson. ‘There are no common rules, so [the implementation of the Paris accord] is likely to be done on a jurisdiction-by-jurisdiction basis. The way those rules are set is going to make a huge difference to its success. Even something as simple as determining a baseline could be extremely complex. Regional accounting and auditing associations will definitely have a part to play.’

All this means that environmental accountants are going to need to be innovative. ‘It comes down to the accountant having the information and understanding the implications,’ says McGill. ‘Just having a procurement department that comes back with a price for the raw material isn’t going to be key. You have to understand the impact and the profitability. You need integrated reporting, greater transparency so you can see the impact on businesses.’

According to Maheshwari, regulators in the US have to date opted for a relatively non-interventionist approach to environmental accounting reform. ‘The US Environmental Protection Agency (EPA), through surveys and case studies, has identified weaknesses in private sector environmental accounting,’ he says. ‘Environmental accounting is still not obligatory and the companies are reporting voluntarily. Unfortunately, the US is still behind many other developed countries when it comes to obligations and corporate responsibility to report their carbon footprint.’ Moreover, the ability of the EPA to push such reporting is unlikely to be strengthened under president-elect Trump – he campaigned on a promise to dismantle the agency.

Nelson recognises that globally the sector has some developing to do: ‘There’s no doubt that the building in of carbon risk from a financial perspective is already being captured in accounts. But the broader value concepts are still emerging. Not a lot of companies are really there yet; it’s the next wave we are going to see.’

‘You do need teeth to enforce all this,’ says McGill. ‘At the moment, we only have baby teeth but over the next three-to-five years the “adult teeth”, the real regulation, will come through and that will be a mixture of national legislation and investor and shareholder pressure.’

The UN Paris climate change treaty, ratified in November 2016, calls on all nations to limit the global average temperature rise to well below 2°C above pre-industrial levels. Additionally, it calls for the release of US$100bn a year in climate finance for developing countries by 2020.

Paris also endorsed an enhanced emissions trading system in Europe, and a restructuring of the UN’s Clean Development Mechanism. Such systems will have direct impacts on companies’ financial statements. Article 6 of the treaty calls for ‘environmental integrity, transparency, including in governance, and [parties] shall apply robust accounting to ensure the avoidance of double counting’. Progress towards these and other goals is to be reviewed every five years.

‘Environmental accounting is one of the strongest pillars to make the Paris treaty work,’ says Neetika Maheshwari of Accelero Corporation. ‘Without its strict implementation, the effectiveness of the treaty could be questionable.’