US kicks off another round of corporate tax cuts

As the US corporate tax rate cut kicks in, could it start a new global race to the bottom for tax rates – and, if so, would such competition be good for the global economy? 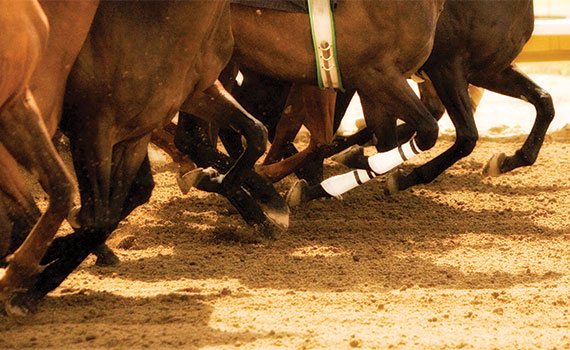 Cutting corporate tax never seems to go out of vogue: the US decision to slash its top rate from 35% to 21% was just the latest move by governments around the world. In 2017, the year before the US tax cuts came into force, eight countries cut their corporate tax rates, underlining a longer-term trend: the average top rate of corporate tax fell from 32.2% in 2000 to 24.3% in 2017.

Some nations have been especially aggressive. The UK was among the most decisive, sending its rate tumbling from 28% in 2010 to 19% at present, with a further cut to 17% scheduled for April 2020. Finland, Spain and Sweden have all reduced their rates by up to five percentage points in recent years, while Hungary’s 10 percentage-point cut to 9% came into force last year – the lowest rate in the EU (Ireland levies 12.5%).

So, will the latest US move spark a renewed race to the bottom in tax rates? And if so, will this be a boon for global growth or a harbinger of higher individual tax rates, combined with higher income inequality?

‘This has become a highly politicised issue,’ says Eric Toder, a former US Treasury official and now co-director of the Tax Policy Center in Washington. ‘Experts are divided over whether the latest US tax cuts will cause copycat moves elsewhere in the world and, if so, whether this would be positive for the global economy.’

Gavin Ekins, an analyst at the Tax Foundation in Washington, believes history offers a guide. ‘When the US [made its] last serious cut to its corporate tax rate in 1986, it set off a global trend,’ he says. ‘Since then the US has been out of the race. Now I think it has set a new global standard to which higher-tax countries will gravitate, setting off a new round of tax competition. We saw other countries with the highest rates – France and Belgium – anticipate the US move by announcing that they would also bring rates lower to remain competitive.’

Japanese policymakers have agreed corporate tax cuts, too, albeit only for companies that raise wages. In Europe, tax reductions for companies have also played a role in talks over forming a new coalition government in Germany. The country faces a double challenge in that the national tax rate on companies is relatively low already, and a large share of revenue is levied by subnational government units, which makes it harder for the national government to take the lead. But Ekins argues that if Germany senses a threat to its competitive position – especially with France cutting – these issues won’t stop it from acting.

Even those who expect further rate cuts in rich countries don’t anticipate immediate action from the world’s second largest economy – China. The country remains an attractive investment location even though its effective rate of tax on companies is among the highest of the major economies: once compulsory contributions to pensions, unemployment and medical insurance are added in, the peak rate hits 67%, according to the World Bank, compared with a global average of around 40%.

‘Companies will continue to invest in China because of its huge and fast-growing market, even if tax rates are unattractive in the short term,’ says Chris Morgan, head of global tax policy at KPMG. ‘And it is worth remembering that, in choosing where to locate or invest, multinationals usually place a higher priority on stability, access to market and access to workers, with tax coming only fourth or fifth in the list of priorities.’

Morgan is also sceptical about significant rate cuts in rich nations much beyond those already unveiled by France, Japan and the Netherlands. ‘In 1986, the US rate was not out of line with the global average [49.8% compared with around 48%],’ he says. ‘So when it moved nearer the bottom there was heavy pressure for other countries to follow. This time the US was near to the top of the rankings and was moving towards the middle. So the impetus globally for further cuts is likely to be less.’

A natural follow-up question is whether further tax competition would be positive for the global economy. Here the debate is even more intense.

The first point of contention is over how much revenue governments sacrifice by cutting corporate tax rates. Fans of lower levies say that any damage to government finances is limited. ‘This is because corporate tax cuts help attract capital to a country and promote more investment, so lifting productivity and wages,’ says Ekins. ‘All of these generate tax revenue and help offset the impact of the rate cut.’

The data does offer some support for this approach. Corporate tax revenues vary through the economic cycle, falling sharply in recessions and rebounding in upswings. But over the cycle, corporate tax revenue in Organisation for Economic Cooperation and Development (OECD) nations has not fallen in line with headline rates. Between 2001 and 2003 it was around 3% of GDP, and at the last count in 2016 it was roughly at the same level, based on an OECD paper, Tax Policy Reforms 2017.

If the UK experience is anything to go by, this analysis looks too upbeat, says Helen Miller, head of the tax sector at the Institute for Fiscal Studies. ‘So far, the data does not bear out the supply-side case that rate cuts are offset by stronger activity. The UK cut taxes on companies at a time when profits were starting to rebound from the recession of 2009, and that helped mask the negative effects on tax revenue. Overall, we would still expect lower revenues than if the tax cuts had not been made.’ And if all countries are cutting in tandem, the chances of any single country attracting capital from rivals are more muted.

In addition, income inequality has become a pressing issue in advanced economies. In the 1980s, the average disposable income of the richest 10% was around seven times that of the poorest 10%; today, it is around nine and a half times higher, according to the OECD. The gap in household wealth is even wider: the wealthiest 10% of households hold half of total wealth, while the bottom 40% own barely 3%. Since higher earners own more shares, it seems reasonable to expect corporate tax cuts to provide further impetus for widening inequality.

Ekins believes, however, that this need not be the case. ‘We should expect higher wage increases as investment increases,’ he argues. ‘And some of those who gave up looking for work after the 2009 recession should be drawn back into the workforce.’ What’s more, governments can offset any increase in inequality that does arise through programmes for low earners and changes in personal income tax rates. ‘Corporate tax rates are not the best way to address inequality,’ he says.

The controversy over taxing companies looks likely to recede over coming years, as economists, companies and voters digest the impact of the latest move by the US and other governments. In OECD countries, corporate tax accounts for just under 9% of government revenues on average, versus 24% for individual income taxes. But it looms large in the political debate, raising crucial issues of how best to promote economic growth and a fair distribution of the tax burden.

Towards the vanishing point

Of the 20 countries with the lowest (non-zero) corporate tax rates only two are two major industrialised economies – Ireland and Hungary. The latter halved its rate to 9% in 2017 and leads the race to the bottom. The UAE has the highest rate of all.

"The US has set a new global standard to which higher tax countries will gravitate, setting off a new round of tax competition"

US tax cuts are likely to be good news for the accounting profession. ‘For tax advisers, this should create a lot of work,’ says KPMG’s global tax policy head Chris Morgan. ‘Everybody is trying to understand what the legislation will mean – it’s incredibly complicated.’ The changes also provide an incentive for US companies to bring cash back home as the rate levied has been cut from 35% to between 8% and 15.5%. One way companies might put this cash to use, Morgan says, is by buying rivals, so boosting M&A activity. ‘If this proves the case, such activity will also add to the workload for accounting firms.’

Towards the vanishing point

Of the 20 countries with the lowest (non-zero) corporate tax rates only two are two major industrialised economies – Ireland and Hungary. The latter halved its rate to 9% in 2017 and leads the race to the bottom. The UAE has the highest rate of all.

"In choosing where to locate or invest, multinationals place a higher priority on stability, access to market and access to workers, with tax coming only fourth or fifth in the list"