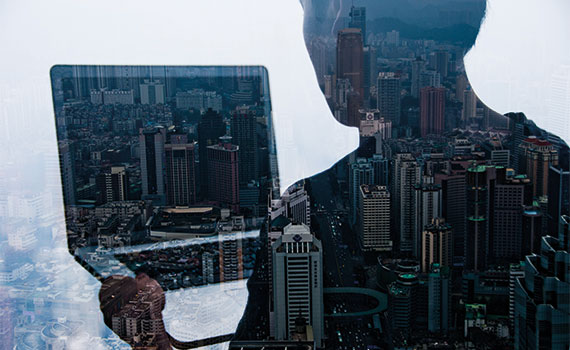 A successful career in a top firm has long been a widely held goal for young accountancy professionals across the globe. But as client demands change, driven by the rise of the digital economy and intense competition, so too do the service offerings of global firms. Digital, regulatory and broad consultancy services sit alongside traditional work such as audit and tax. And that has implications for the skillsets of those hired by global firms.

ACCA has mined its Generation Next survey of 19,000 finance professionals aged between 16 and 36 to focus on the attitudes of those working for Big Four and mid-tier firms (the top 10). Its analysis of those 2,200 young accountants is published in the report, Generation Next: managing talent in large accountancy firms. It reveals a generation ambitious for professional growth, determined to be globally mobile and ready to embrace the digital revolution.

Young finance professionals (and not just in large firms but across all business sectors) are attracted to the profession’s promise of a long-term career with opportunities for developing wide-ranging skills. While those working for the top 10 firms put more stress on prestige and healthy remuneration than those in other sectors (see graph below), all sectors overwhelmingly agree that a finance background will be valuable for future leaders of organisations.

Digital as an opportunity

Younger professionals in large accountancy firms share a belief with their peers in other sectors that technology will have a positive impact on career opportunities. Perhaps more importantly, they believe they are well situated to take advantage of digital: 85% of respondents in large accountancy firms see technology as an opportunity to focus on much higher value-adding activity.

They have high awareness of the impact of digital transformation on skills and responsibilities in finance and accounting, and see themselves as well prepared to embrace technology as a way of increasing their value in the future.

Firms are increasingly bringing digital solutions to their client work, with the underlying trend towards building a broader consulting approach. More than ever, professionals need to understand both the business dynamics and how to exploit data to explain current developments and foresee future trends.

More than in any other practice size, those working in large accountancy firms are convinced about the clear potential for progression and access to learning and development opportunities within their organisation. Job satisfaction is high, with 59% of Big Four employees saying they are satisfied or very satisfied in their role, compared with 51% in mid-tier firms and 48% in all business sectors (see graph below).

And yet there is a clearly stated downside. Across the Big Four, only 25% of respondents thought their role provided a good work-life balance, compared with 38% in mid-tier firms and 49% across all sectors (see graph below).

It is a telling statistic that 48% of those working for Big Four firms thought their work-life balance was even worse than they had expected before joining.

Despite the drawbacks of long hours, those at large accountancy firms appreciate having career pathways that are clear, well structured and allow sustained professional growth.

While only 40% of those working in the mid-tier agreed or strongly agreed that career paths were transparent, the figure shot up to 57% in the Big Four. A similar number were confident of having sufficient opportunity to achieve their career goals – 60% in the Big Four, compared with 43% in mid-tier firms.

Young professionals are even more impressed by large firms once they have worked there for a while: 40% of those working for the Big Four said career progression was better than expected compared with a third in mid-tier firms (32%) and 27% across all sectors. In the Big Four, a higher percentage rated opportunities to learn as ‘better than expected’ (51%) than those working in other sectors – the figure was 44% for mid-tier firms and 39% across all sectors.

Like their peers in all sectors, young professionals in large accountancy firms viewed practical, experiential learning as the most effective form of development. On-the-job learning, mentoring, job rotation and coaching are the favoured approaches.

Looking at the types of training most often used in organisations, there may be some scope for employers to revisit their learning and development offering  and align it with the preferences of this generation.

Young professionals are always on the lookout for new career opportunities – 60% of those working for both Big Four and mid-tier firms said career progression was the most important retention factor for them, followed closely by learning opportunities (55% Big Four, 59% mid-tier) and money (a virtual tie at 56% Big Four, 57% mid-tier). Some way behind came work-life balance (49% and 46% respectively) and interesting work (48% and 43%). At the bottom was job security (43% and 44%).

The survey reveals the eagerness of millennials in large firms. They want to climb the career ladder and they want to do so quickly. Globally ambitious, they expect to switch employers often and will seek more general business roles to progress their career, with the majority expecting to leave practice.

Those in the Big Four were most ambitious about finding a general business role at some point – just under 60% said they wanted to do so, compared with 53% in the mid-tier firms.

Over 75% of those working for the top firms expect to change roles within the next two years (70% across all sectors). And the extent of these ambitions is striking: 84% of those working for the Big Four said they would like to secure a job in a different region or country at some point in their career. At 76%, those in the mid-tier aren’t far behind in dusting off their passports (see graph below).

The global survey underlined national differences in how quickly young professionals are looking to move. In Nigeria, 61% of Big Four staff would like to be in their next role in under a year; in Cyprus the figure was 50%, and in Russia 47%. Elsewhere there was much less inclination to move on: in Malaysia 37% gave themselves less than a year, while in Pakistan it was 36%. Even so, that’s a lot of turnover. Only in India (3%) and Cyprus (6%) could anyone see themselves still in the same role in five years or more.

If you think of this generation as willing to settle down into jobs-for-life, think again. The survey uncovered a rich seam of entrepreneurial desire: of the 18,000 young professionals interviewed across all sectors, 80% said they would like to start their own business at some point in their career. Think of that potential.

Attractiveness of the finance profession

"It’s a generation ambitious for professional growth, determined to be globally mobile and ready to embrace the digital revolution"

KPMG Romania is changing. Initiatives introduced by the firm include flexible working. For example, working from home is allowed two days a month, and overtime can be accrued so employees can take time off during less busy seasons.

In addition, the firm has switched from a formal dress code to one driven by common sense, a move Gutu says has been particularly well received. And views are continually tracked through ongoing surveys.

The firm is keen to identify its top performers and work with them to develop, encourage and retain them. Cristina expects that service specialisation will increase, so the firm will have to deliver customised learning for its high performers to match. The era of classroom training is ending; it is no longer viable or desired by emerging leaders. Learning on the job and e-learning will become the norm, employing the digital tools the workforce uses in every aspect of their life. For example, the firm is experimenting with learning techniques such as gamification.