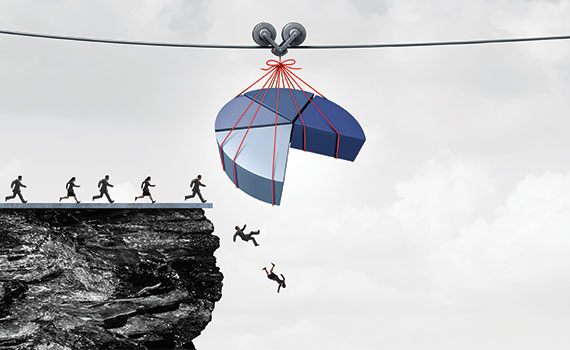 There are also fears investors are being misled into treating non-GAAP with the same reverence as the audited numbers. The former chairman of the US Securities and Exchange Commission Mary Jo White worries whether analysts are distinguishing between them at all.

So why do investors rely on non-GAAP reporting at all? And why aren’t APMs audited? It’s important to recognise that financial reporting standards are both unwieldy and tremendously flexible. This creates what the chairman of the International Accounting Standards Board, Hans Hoogervorst, calls ‘an open invitation for non-GAAP to step in’. The standards are also backward-facing.

So, it’s arguably natural that investors seek information that cannot be adequately measured by GAAP. But what they are presented with in the world of non-GAAP disclosures – sometimes rose-tinted figures – may not be what they seek, or find.

The difficulty is that only sophisticated investors have the skills to challenge non-GAAP numbers, and there are a great many investors who do not meet that definition. Warren Buffet, a long-time critic of non-GAAP (but whose investment company Berkshire Hathaway does make use of APMs) believes that accounting literacy is key: investors, he believes, should understand it like a ‘native language’ to unravel its more artistic uses.