The rollout of Ireland’s National Broadband Plan has been steeped in controversy. Meanwhile, large parts of Ireland are without a reliable service 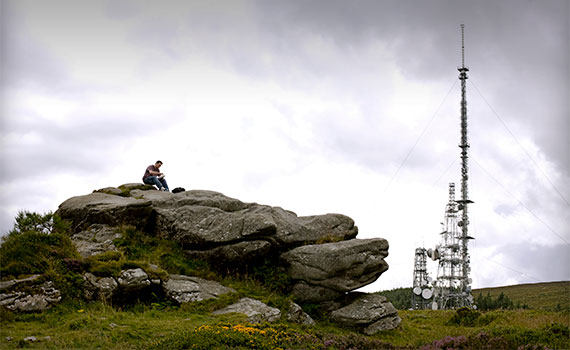 If you’ve ever felt frustrated at briefly failing to get online, spare a thought for those for whom a reliable internet connection remains a pipe dream. While Ireland’s urban population takes high-speed broadband for granted, there are large parts of the country where ‘digital poverty’ remains a reality, and where commercial operators claim it’s uneconomical to deliver services.

Enter the National Broadband Plan (NBP) and the highly trumpeted commitment by government to provide fibre broadband to every home, farm and business in the country, ensuring ‘those in rural areas have the same digital opportunities as those in urban areas’.

So far, so laudable, yet only the most off-grid of individuals will be unaware that the recent announcement of preferred bidder Granahan McCourt to deliver on this has unleashed a political furore. The controversy surrounds the costs and what many consider the outrageous scenario whereby the taxpayer would foot the bill for a service it would never own.

It’s a row that threatens to destabilise the minority government and undermine the reputation of its main party, Fine Gael, for probity in financial matters.

For a government anticipating a warm response to ‘doing right’ by rural Ireland after years of delays (the NBP was first mooted in 2012), the switch of media attention to costs could not have been entirely unexpected. Given the recent imbroglio over cost overruns at the National Children’s Hospital, it was never likely that a €3bn bill for the NBP, even one spread over 25 years, would pass without question.

When it subsequently emerged that the preferred bidder’s financial input would be less than 10% of that, public anger only intensified. What finance minister Paschal Donohoe called ‘the best option open to the state’ was characterised by Labour leader Brendan Howlin TD as ‘the worst deal I have ever seen’.

The argument over value for money is more than a party political one. Correspondence released from the Department of Public Expenditure and Reform (DPER) showed that the secretary general of the department Robert Watt was among a number of high ranking civil servants  who had ‘strongly recommended against the decision to move forward’, advising cabinet of five grounds on which the project should not proceed.

The DPER memo argued that there were more affordable approaches to broadband delivery, including the Electricity Supply Board (ESB) taking charge of rollout. It also suggested interim solutions such as local broadband hubs, provided at schools and community centres, to be offered for a fraction of the price. Countering this, communications minister Richard Bruton said there was no evidence that ESB or others could deliver the project more cheaply (Siro, a joint venture between Vodafone and ESB had already withdrawn from the contest), and argued, in tandem with Taoiseach Leo Varadkar, that the plan is fundamentally about ‘future proofing’ rural Ireland.

A cost benefit analysis on the NBP undertaken by PwC for the government has proved a significant touchpoint. It assessed the benefits to people living and working in rural Ireland, and to businesses in rural Ireland, as worth approximately €2.24bn and €1.5bn respectively. The analysis points to increased business connectivity, the ability to work remotely, and the benefits of instant access to online commerce as central to this. It adds that the benefits represent a net value of around €858m on the €3bn rollout costs, or a benefit/cost ratio of 1.3.

While accepting its analysis was based on ‘less-than-perfect’ information regarding current broadband services in rural Ireland, PwC’s report also argues that these benefits should be seen as ‘a positive societal return, which extends significantly beyond those benefits which are capable of a credible quantification’.

While it’s an argument that has found favour with the NBP’s proponents, the PwC analysis was also subject to some criticism, not least by the DPER, which described it as ‘not credible’ and not in keeping with the government’s public spending code.

As at the time of writing, the government is standing by the NBP. With the contract set to be officially signed in September, it’s a debate set to rage over the autumn. It’s a quandary that will test mettle and provide for many more headlines before it is resolved. You’ll be able to keep up with it online as it happens, unless you’re still waiting for that connection of course.

Where fibre broadband is not an option, commercial alternatives do exist. None is without serious downsides, however.

Mobile broadband Feasible where 4G is available; in reality coverage is patchy in isolated areas and unsuitable for heavy data consumption. Industry commentators say 5G will face the same problems.

Satellite broadband Briefly hailed as the solution to rural broadband needs, in practice it has proven expensive and unreliable.

The countdown to appointing a contractor for the National Broadband Plan (NBP) began in 2012.

July 2016
Eir, Enet and Siro selected to proceed to final round.

July 2018
Changes in the make-up of the sole remaining bidder mean the consortium is now led by Granahan McCourt.

May 2019
Communications minister Richard Bruton announces the appointment of a preferred bidder.

September 2019
Contract set to be awarded and deployment to begin.