Why equity partners should consider their succession options 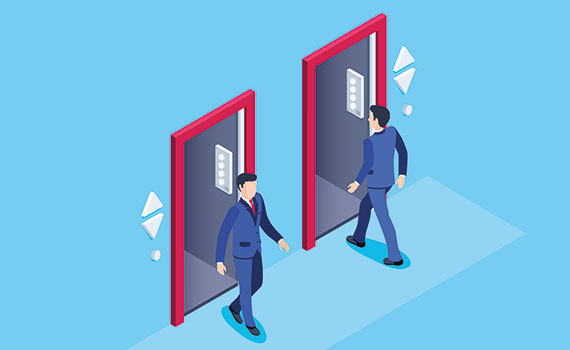 When talking about succession, the term means different things to different practices.

Generally speaking, the Big Four and first-tier firms have ownership structures in place, where senior managers and director-level employees moving into partnership positions have the opportunity to buy into practice equity at group level. This buy-in gives new partners the opportunity to share in the profit pool for their years of service and enhance their income. At retirement, the partners will then benefit from a deferred compensation plan tied to the future performance of the firm.

Medium-sized firms sometimes have models similar to the larger firms, but increasingly are moving to a ‘zero in, zero out’ basis, where the partners are not required to buy into the partnership but more commonly have to look to their own private retirement schemes to meet their lifestyle post-retirement.

Until recently, very few of these larger firms have come to market looking for a sale. Given their size, there would be very few potential buyers who would be willing to pay a capital sum for these practices, while the firm’s partners who prefer to remain independent and benefit from the enhanced profit share and income continue on a premium profit share rather than monetarise this for a capital sum.

Smaller firms – say, 30 partners and below – have started to take a more strategic view of their succession options. The ones listed above remain feasible but the potential of selling the practice to another firm is an alternative opportunity.

Smaller firms tend to have a blend of salaried and equity partners, with increasingly risk-averse salaried and junior partners not willing to commit to borrowing to facilitate management buy out-style deals. So, given that existing and ageing partners have reinvested in the practice over the years, they will often have to look outside for a trade sale to realise their capital sum and facilitate their succession.

The key factors for equity partners to consider in understanding their best route are as follows:

It is important to run a SWOT analysis of the various options. Doing this well before your proposed exit, and re-running the assumptions annually, can help to avoid a poor transaction. This also allows for the end goal to change and for the business to realign to a different and preferred exit route, as circumstances change during the lifecycle of the practice.

A few years ago, we worked with a practice in Singapore that was looking to sell. It was a small firm with five partners, two of whom were equity partners. The salaried partners either didn’t have the means to raise the money to buy the business or had no aspiration to take on the practice. In reality, after further discussions with the equity partners it became obvious that the salaried partners also lacked the required technical and soft skills to take the practice forward on their own anyway, so the decision to sell to another firm had always been the default exit.

When the time came to take the practice to market, the level of interest was underwhelming. The main reason for this was that the equity partners had not considered the profile of potential buyers and what those buyers were looking for from an acquisition.

The audit exemption level in Singapore had recently been increased to S$10m in revenue, and the potential impact to the firm’s book of business was unknown. As a result, acquirers were less interested in our client given the weighting of the book towards audit.

In the end, the practice was not sold, but we worked with the partners to identify what profile of practice was of most interest to potential clients and refocused their service offering away from audit into more specialist areas of tax, advisory, corporate secretarial and forensic work. The restructuring required the investment of management time, but it was agreed the changes should have been addressed earlier and could have been worked on over a longer period of time.

The other factor that arises concerns intergenerational firms and how the mechanism of succession, via a sale to younger partners, has changed in the last 15 years. Younger partners looking to provide for succession by buying out the current equity partners are very difficult to identify, nurture and retain. We are increasingly seeing partial equity stakes being given to younger partners at early stages in their development with their firms, to tie them into the practice and bond them for the long term.

These younger partners, at least in the more forward-thinking firms, are included in setting the strategy for the practice along with the other equity partners, so that they can be involved in shaping the firm that they are eventually going to take over and run.