What does it take to succeed as a female accountant in Pakistan? Three high-flying ACCA members share their experiences and tips to achieve a rewarding career 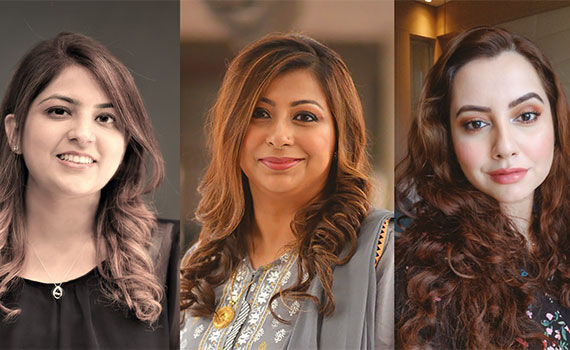 Pakistan is the world’s fifth most populous country and boasts a population of around 220 million people. It also has a fast-growing economy – in 2018, its growth rate was 5.8%. Furthermore, numerous blue-chip organisations have operations in the country, including the Big Four accountancy firms and a string of multinational companies.

In theory, then, opportunities should abound for female accountants working in Pakistan. In practice, however, women only make up a very small percentage of the profession in what is still a heavily male-dominated society.

According to the Institute of Chartered Accountants of Pakistan, just 8% of chartered accountants in Pakistan are female. So, how can female accountants overcome the challenges associated with being a minority in the workplace and get ahead in Pakistan?

‘Pakistan is a growing market that offers immense potential for women to enter the accountancy profession,’ says Madiha Ahmed FCCA, a manager for EY Ford Rhodes, based in Islamabad. ‘To be successful, they need to have good interpersonal and communication skills – along with a good accountancy qualification. In addition, they need to have a willingness to learn new things, undertake regular training and stay updated on changes in the profession.’

Ahmed – whose work involves providing risk advisory services to non-governmental organisations and United Nations agencies – also underlines the importance of supportive employers. ‘My senior director, Jawad Babar, and partner, Abbas Ali, have given me a very good portfolio of work, compared with my male colleagues,’ she says. ‘They have also helped me to develop my career path, guiding and mentoring me whenever I need it.’

Muzna Hussain FCCA, head of compliance for Pakistan and Egypt at pharmaceutical company GSK Consumer Healthcare, believes that multinationals can provide a particularly good platform for female accountants looking to advance in their careers.

‘Ten years ago, you did not see women working in senior roles within finance functions in Pakistan and there are still very few female finance directors,’ she says. ‘But now you do see female accountants and financial controllers. In my experience, these kinds of opportunities for women tend to be found more in multinational corporations than with local employers. That’s because multinationals tend to have a more open-minded and values-driven culture. They also have global policies in place to ensure diversity and inclusion in all functions.’

Working for a multinational corporation brings exposure to different cultures and the possibility of travel. Previously, Hussain worked for Pfizer, another pharmaceutical company. During her time there she was involved on projects in Australia, Egypt, Malaysia, Thailand and the United Arab Emirates. At GSK, she is part of the leadership teams for two different countries with a supervisor based in Turkey. ‘Working in multiple countries means I am able to learn more and develop the ability to overcome bigger challenges,’ she explains.

Hussain says that her expertise in the niche area of compliance – still a developing function in Pakistan – has played an important role in her particular success. Other contributing factors include her strong work ethic, her willingness to challenge herself and her commitment to learning new skills every day.

She also emphasises the importance of building strong bonds with peers. ‘When people don’t know you, it is very unlikely that they will recommend you for future opportunities,’ she says. ‘It can hinder your promotion prospects if you don’t have strong interpersonal skills and a desire to be visible and flexible within the organisation.’

She has also benefited from her readiness to take on significant responsibilities soon after joining the stock exchange. ‘I had a lot on my shoulders at an early stage in my career,’ she explains. ‘But if I hadn’t stepped forward and accepted that responsibility, I strongly believe that I wouldn’t be where I am today.’

A particularly significant development in Raza’s career came in 2016 when she was involved in the divestment of the Pakistan Stock Exchange. A 40% stake in the company was sold to a Chinese consortium.

‘I got to interact with around 19 foreign and local investors,’ she recalls. ‘It was a great learning experience. It helped me to develop my business personality and the way I communicate. It really opened up my mind.’

One of the greatest challenges that female accountants in Pakistan face – in common with their peers in other countries – is getting the right balance between work and family. Ahmed, who is the only female manager in EY’s Islamabad office, relies on her father to look after her children and says it is difficult for women to pursue professional careers in Pakistan unless they have family support.

Hussain acknowledges that pursuing a career in finance can involve a lot of hard work and sacrifice. But it also brings huge benefits. ‘Accountancy is not necessarily the most convenient career option for women in Pakistan, because you may need to work extra hours and come in at weekends,’ she says. ‘But it definitely gives you the right kind of exposure and challenges.’ Raza agrees. ‘If you’re in the right role, and you’re performing and applying your knowledge, you will be rewarded for it.’

"In my experience, multinationals tend to have a more open-minded and values-driven culture, with policies in place to ensure diversity"

How to fast-track your career

Work smarter rather than harder. Focus on the value your work is adding to the organisation rather than the number of hours you are spending at work.

Hone your interpersonal and communications skills. Make sure you build good relationships with everyone in the organisation, not just the people at the top.

Acquire new skills. You can broaden your skillset by taking part in structured training programmes and workshops, or simply by completing online courses.

Read widely – about both the profession and the specific industry you work in. Stay up to date on changes relating to accounting standards, as well as on local laws and regulations.

Be confident. If you have self-belief, people will listen when you speak up.