The government’s plans to sell off public assets are at full throttle, but ministers need to consider the implications of a sell-off carefully to gain maximum value for money 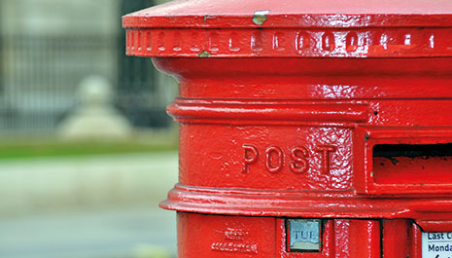 This article was first published in the March 2016 UK edition of Accounting and Business magazine.

The 2015/16 financial year will go down in the record books. Despite the reputation of Margaret Thatcher and her ministers as the high priests of privatisation, the truth is that ‘the sale of government assets this year will deliver the largest privatisation proceeds of all time, higher than the previous record in 1987’, as the chancellor, George Osborne, explained in last year’s Budget.

More than £30bn of privatisation receipts are projected for this financial year. Recent and imminent privatisations include the government’s stake in Lloyds Banking Group and the first tranche of its RBS shares, plus the sale of loan portfolios taken over from the troubled Northern Rock and Bradford & Bingley banks.

Other privatisations include the intended sale of a portfolio of student loans. And there is the privatisation that even Thatcher baulked at – Royal Mail. The coalition government sold both the first tranche of Royal Mail and the government’s remaining stake in Eurostar. During the course of the last parliament, government land sales totalling some £1.7bn were also completed.

Plans for the future include selling off the Land Registry, Ordnance Survey and the balance of the government’s stake in National Air Traffic Services. The Green Investment Bank is another one in ministers’ sell-off sights, despite it being a favoured project of the Liberal Democrats during their time in the coalition government. The chancellor also wants Network Rail to sell surplus land to pay for new rail investment.

Sell-offs also affect other parts of the public sector. Analysis by the housing charity Shelter of the impact of the Housing and Planning Act concludes that English local authorities will have to dispose of a third of their most valuable properties. By Shelter’s calculations, some 4,000 council-owned homes a year will be sold, potentially generating £6bn in capital receipts. Some £400m a year of this will be retained by local authorities to repay debt, with £1.2bn going to the Treasury to pass on to housing associations. As with other public asset sales, this will reduce council income, causing further problems in the management of revenue budgets. Councils are being encouraged to sell other assets, too, with the government dangling the carrot of their being able to retain those receipts.

PwC’s recent report To own or not to own: realising the value of public sector assets enters the debate on whether the sell-off strategy is correct. It places the question in context by explaining that the UK public sector collectively owns assets valued at £1,300bn, compared with £700bn of annual public expenditure. PwC explains: ‘It is worth noting that most private sector organisations, even the most capital-intensive such as oil companies, have ratios of assets to revenues of less than 1:1, so the chancellor is right at least to ask the question.’

The public sector asset base is diverse. The ownership of shares in banks, for example, was the result of the rescue exercise following the meltdown of much of the UK’s financial sector. There are hospital and school estates, council housing, defence land and many heritage assets. In some instances, assets are owned to deliver public services. In other cases, the assets generate a return that can subsidise those services. The Centre for Cities’ report Delivering change: making the most of public assets cites Eastleigh council in Hampshire for building up a commercial property portfolio that generates an income of £2.5m a year – and a profit over its borrowing costs.

Martin Jacobs, government and public sector partner at PwC, suggests that public bodies need to review asset ownership by considering whether they should deliver services directly or outsource them, which business model provides the best value for money, and how to ensure efficient and effective service delivery. Where that consideration leads to the decision to sell assets, public bodies must prepare them in ways to maximise their value.

‘The question is more complex than “to own or not to own”,’ Jacobs says. ‘If assets are to be moved out of the public sector, they need to be investor-ready to realise the full benefits of the deal. By building capability, being pragmatic, identifying the right partner and putting the right rewards and incentives in place, the chances of success will increase.’

But some argue that asset sales are more about ideology than sound management of the public finances. Simon Wren-Lewis, professor of economic policy at the University of Oxford’s Blavatnik School of Government and an adviser to the Labour Party’s Treasury team, says the crisis in public finances has now ended. ‘Over the next five years, debt-to-GDP ratios in the UK will be falling,’ he wrote in a recent blog. ‘This means that further austerity is no longer about stabilising debt and an imagined market panic. Instead it is about an obsessive need to cut debt to GDP really fast, or more likely a desire to shrink the state.’

Wren-Lewis says: ‘In my view there is no respectable general economic argument for privatisation. Privatisation simply to reduce deficit figures to meet some ad hoc target is a bad motivation, because such privatisations do nothing to help the long-term position of the public finances, and in some cases do clear harm. Each privatisation should be considered on its merits. When the UK can borrow for 50 years at a real interest rate of 0.5%, it is ridiculous to put constraints on public investment. Now is the time for the government to invest.’

By contrast, the TaxPayers’ Alliance, which has connections with the Conservative Party, is a strong advocate of privatisation. Its chief executive, Jonathan Isaby, says: ‘Taking stock of publicly held assets should be a dynamic process where the government is continuously evaluating whether it needs to hold on to something. Often the better option for taxpayers would be to sell off some of these, either to invest the money in essential services or simply to have more money left in our pockets in the form of tax cuts.

‘Public finances being in the dire state they are, with national debt close to £2 trillion, the government simply doesn’t have the luxury of sitting on expensive assets any more. Every penny we spend as a nation in the public sector is a penny borrowed. We need to do whatever possible to work towards bringing the debt down, and that includes recovering money tied up in unwanted assets.’

It is clear that this view chimes with the government’s, so we can expect many more privatisations to proceed.

"The government’s plans to sell off public assets are at full throttle, but ministers need to consider the implications of a sell-off carefully to gain maximum value for money"