Women are the key to success on Middle East boards

Progress towards gender diversity on boards in the Gulf Cooperation Council region has been slow, but is bolstered by the undoubted corporate benefits of female representation 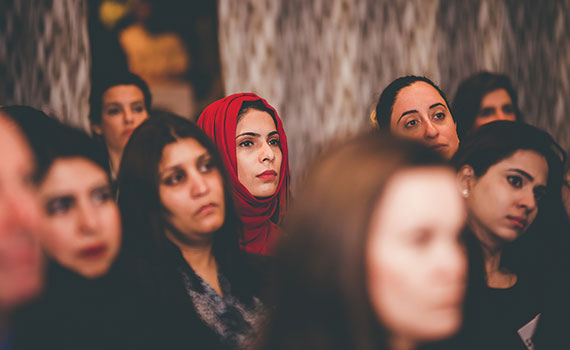 This article was first published in the April 2017 international edition of Accounting and Business magazine.

Promoting women to corporate boards in the Middle East and elsewhere can directly improve profitability and change the way a company approaches its market, according to participants at a recent networking breakfast in Dubai that was hosted by ACCA.

In her keynote speech, Her Excellency Sara Al Madani, board member at the Sharjah Chamber of Commerce and Industry in the UAE (and the subject of AB’s big interview in the March issue), said: ‘Studies have proven there’s a huge lack of female representation at board level, not just in the Arab world but globally. It’s a very male-dominated area, regardless of whether the woman is professionally capable.

‘The pressure is high because women feel they have to continuously prove themselves, and when that happens, the passion [for their career] dries up easily. If we’re going to solve this problem, we need to involve a lot of men, and have them in brainstorming sessions because they’re going to make this change with us.’

According to an ACCA report, entitled Women in Finance: Beyond the numbers, that was launched at the event, women account for a meagre 2% of board positions across the six countries of the Gulf Cooperation Council (GCC – Bahrain, Kuwait, Oman, Qatar, Saudi Arabia and the UAE). Women fill 17% of all executive roles in the UAE and just 7% in Qatar.

The report also revealed that across the region only 13% of CEOs are women (compared with an average of 21% in all emerging market and developing countries) and only 7% of GCC presidents of the board are female.

The findings are based on research carried out by Deloitte Middle East and the Pearl Initiative for ACCA.

Clare Woodcraft-Scott, CEO of the Emirates Foundation for Youth Development, told the event participants: ‘There’s a reason why not many women are on boards. Men apply for a job when they’re 60% qualified for it, but women will only apply when they’re 100% qualified – they assume they don’t have that kind of experience. But it’s okay – neither do all the men.’

Getting more women at board level should be a priority, she said. ‘Once that happens, everything else will fall into place. The part-time and remote working, the training, the pay and equality can all be addressed.’

The UAE has already made it compulsory for all state-owned corporations to include at least one female member on their boards. The legislation came into force in December 2012, though the results are yet to be seen.

One way women can get access to governance roles is by joining the not-for-profit sector and leveraging positions there to build experience for commercial, paid roles, suggested Woodcraft-Scott.

Having sat on both types of boards, she believes that financial literacy is fundamental for such a responsibility. ‘If you have skills in finance, you already have what it takes to be on a board, because one of the basic aspects of governance is being able to read the balance sheet,’ she said. ‘It’s very easy to get stuck on a board, particularly a male-dominated one, if you cannot read your balance sheet.’

Cynthia Corby, partner at Deloitte Middle East and chair of the ACCA Women in Finance forum, noted that women are major consumers around the world and make many purchasing decisions. They can therefore bring a completely different perspective to the boardroom and the way a company approaches its market.

‘It’s been proven [through global index provider MSCI] that companies with more women on their boards deliver 36% better return on equity than those lacking board diversity,’ Corby said.

Similarly, Al Madani noted that gender diversity in finance has tangibly benefited companies which have achieved that on a large scale.

Nearly half of the finance professionals (46%) interviewed in the ACCA study said that achieving gender diversity at senior executive levels is becoming a priority for CEOs. However, 38% thought this is not the case yet.

According to Léonie Tovell, managing director of Blink, a Dubai-based consultancy that teaches communication skills and leadership to all types of organisations, women account for a small fraction of their trainees in the UAE. ‘In terms of the gender split of trainee delegates, I would say we’re looking at a male-to-female ratio of 75:25,’ she said. ‘Even in the government sector, which has the highest ratio of women in the UAE, I find more men, so I don’t know where the women are.’

Corby urged women to make more effort to upgrade their skills: ‘Don’t sit and wait. Many of us work for large organisations which have training and development programmes. Find out what they are and which one will make a difference to you, and ask for the opportunity to attend that course.’

When it comes to the longstanding issue of retaining female executives, companies that are willing to be flexible gain loyal employees in return.

For example, when Deloitte Middle East implemented its part-time policy, a number of female staff requested access to the scheme. These women proved their ability to serve a portfolio and respond to clients while working part-time, and validated the business rationale for this type of policy, Corby told the audience. Eventually, the flexitime system showed encouraging results as the women remained committed and motivated. ‘That was a key part in retaining our senior-level ladies,’ she said.

Jazla Hamad, audit manager at Deloitte Middle East, said her workplace has always been flexible and that female employees can take longer maternity leaves than in other companies. ‘Sometimes, women will avail up to one year and then come back,’ she said.

Hamad is currently the only female Emirati employee at Deloitte, where she manages portfolios of clients and trains employees. She said: ‘In general, Emirati women  are not fully aware about the opportunities that the private sector can offer; they would typically prefer to work in the public sector due to the perception that it offers better work-life balances. But times are changing; local women are becoming selective of the positions they take and are prioritising self-development.’

Woodcraft-Scott said that her successor at the Emirates Foundation is an Emirati woman, who will be taking over from the end of 2017. ‘Women in this region are shining today, having been historically deprived of opportunity. When you give them a chance, they run with it and take it,’ she said.

The ‘Women in Finance: Beyond the Numbers’ breakfast event was held on 2 February at the Four Seasons hotel in Dubai and attended by senior finance professionals and leaders from the UAE.

The gathering was supported by Deloitte Middle East, the Manchester Business School Middle East Centre, the Hawkamah Institute for Corporate Governance, and the 30% Club GCC (a volunteer organisation of business leaders in the Gulf Cooperation Council countries that promotes better representation of women on boards and in senior-level positions).

Heba Hashem, journalist based in Dubai