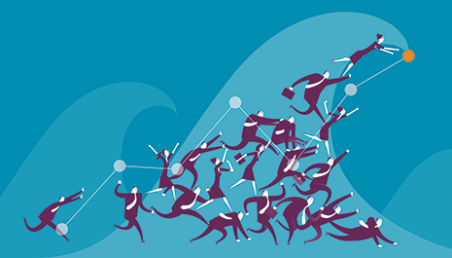 This article was first published in the May 2016 UK edition of Accounting and Business magazine.

Benchmarking is essentially about measuring the quality and effectiveness of your firm’s systems and service delivery against your own past performance and – perhaps more revealingly – against the performance of comparable firms. ‘It gives you a starting point to identify what needs to change and why,’ says Jon Baker, co-founder of consultancy the Excedia Group, ‘and if you take action on the results, your practice should become more efficient and profitable.’

Organisations such as AVN gather and publish benchmarks from owner-managed accountancy firms, which you can receive as part of your membership. But you can also form or join an informal comparison group. Alan Woods, director at Wirral-based accountancy firm Woods Squared, does just this: ‘We benchmark ourselves against eight other firms on a bi-monthly basis, when we meet and share best practice in terms of software and systems,’ he says. However, he admits the group does not share any specific numbers.

Mark Lee runs the Inner Circle for Accountants, a roundtable group for smaller firms and sole practitioners. He says informal benchmarking arrangements can be a challenge unless there is trust and agreement over what data will be shared.

Simon Chaplin, owner of GreenStones Accountants in Peterborough, also runs two ‘mastermind groups’. He says: ‘Once you have established trust, the members will share financial information readily, and you can’t get any better, up-to-date comparative information than that.’ Twelve of the 14 mastermind group members are from firms of a similar size to Chaplin’s.

It is also important to benchmark against firms with similar challenges and specialisms. ‘Our franchise work is lower margin than “traditional” accountancy; I’m sure all firms have other quirks they need to bear in mind,’ says Carl Reader, director at Swindon-based accountancy firm Dennis & Turnbull.

At a recent Inner Circle roundtable, members benchmarked the fees they would quote for a number of specific clients. ‘The variations were quite astonishing, and a couple of members resolved to increase their prices specifically after hearing how others justified and sold their higher fees,’ says Lee.

More income generally leads to higher profits, so most firms track and measure annual fees per partner (or owner). In smaller firms, these are typically £332,000, according to NatWest’s 2015 financial benchmarking report – accountancy firms, which looks at firms with fee income up to £30m. With a lower-quartile median of £252,000 and an upper-quartile of £435,000, some clearly find it much easier than others to generate more per partner.

The report also shows poor productivity overall. The median for recorded annual chargeable hours per fee earner is just 1,000. Firms should measure (and take steps to improve) ‘fees per fee earner’. In the least productive small firms, the median annual fee income is £78,000; in the most productive, £211,000. Alan Kennedy, business growth specialist and director at accountancy firm Smith Kennedy in Witney, Oxfordshire, says: ‘You should also address limiting factors of which, in small firms, “partner time on a job” is usually the highest.’

But the most important benchmark is not fees, but profit. Robert Mowbray, owner of consultancy Taylor Mowbray and author of the report, says: ‘It’s amazing how many firms focus too much on fees and not enough on profit. Historically, this has been because firms have always found it easier to measure fees billed than to calculate the profit earned for different types of work. This has resulted in some strange behaviours, with many partners being too focused on the size of their fee portfolio rather than the profit being made.’

The report shows that, in smaller firms, the median profit per equity partner is £77,000. However, the variance is significant: the lower-quartile median is £52,000; the upper-quartile £133,000. There are also notable differences by region: the median is highest in London and the South East at £108,000, compared with the South West, where the median is £57,000.

Firms have historically aimed at a third of their income as profit, with the rest for staff and overheads. ‘But this doesn’t reflect today’s reality of fixed-price work, value-based billing and the squeeze on compliance work,’ says Reader.

Mowbray measures profitability in terms of profit per equity partner (see box, previous page). He points out that relatively small increases in one or more variables can deliver marked improvements in profitability. ‘This is why firms should regularly benchmark against their competitors – so they can identify where they can most easily improve,’ he says.

For example, there is a considerable difference between the lower and upper-quartile figures for recovered rate per hour – £70 and £186 respectively. The report says: ‘This could be explained simply by work being done with differing complexity, but it is more likely to reflect [more] efficient working practices and the confidence of the [latter firms] when it comes to pricing and fee negotiation.’

Most firms also measure and benchmark turnaround times, lock-up days and the percentage of fee earners within total headcount. Jon Baker suggests looking at the number of loss-making clients too: ‘Many practices have these, but don’t take the time to exit them or increase their fees so that they are profitable.’ Measuring and benchmarking non-revenue key performance indicators (KPIs) is equally important. ‘Many of the KPIs that we measure focus on systems, processes and training, which will ultimately have a positive impact on financial performance as firms identify opportunities to sell additional services to clients and ensure that work is done in the most efficient way,’ says Woods. Kennedy recommends measuring employee engagement and performance relative to KPIs, too. ‘Most accountants are rubbish at managing staff,’ he says. Finally, benchmarking is a waste of time unless the data is put to good use. Lee says: ‘In any benchmarking exercise, by definition, half of all accountants will be below average. Learning you are below average isn’t helpful unless you also learn what you can do to improve.’ Monitoring improvement, or lack of it, is vital.