The right strategies for mitigating risks

While so-called 'black swan' events may be impossible to predict, businesses can mitigate financial risks by having the right strategies, processes and systems in place 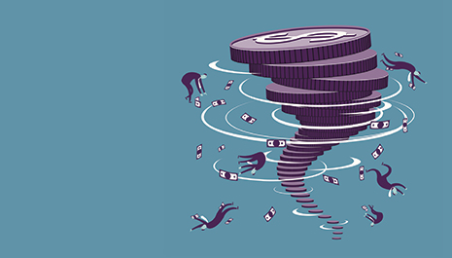 This article was first published in the November/December 2016 UK edition of Accounting and Business magazine.

The fear of the next ‘black swan’ event seems to be omnipresent since it was popularised by risk analyst and former Wall Street trader Nassim Nicholas Taleb in the aftermath of the 2008 global economic crisis. According to Taleb, black swans are highly improbable and impossible to predict. They have a profound effect on the economies and markets they disrupt, either positive – think of the rise of the internet – or negative – as in the case of the 9/11 terrorist attacks and, indeed, the most recent financial crisis.

Richard Fairchild from the University of Bath’s School of Management in the UK and Nick Bullman, managing partner at global provider of risk services CheckRisk, have been working together to analyse risk events. ‘Black swan events are rare and must have a true element of surprise to fit the standard definition,’ they say. ‘An undetected meteor strike that changes the world’s weather patterns would be a good example.’

The premise that black swans cannot be foreseen does not stop us from speculating. Another global financial crisis, the break-up of the European Union (EU), an increasingly expansionary Russian policy, a Trump presidency in the US, China’s economy becoming unstable and a cyber attack with global consequences are all cited as possible candidates. However, Fairchild and Bullman point out that these potential risk events are not true black swans, as they can be predicted and the mechanisms and models to do so are already available.

For example, CheckRisk’s proprietary early-warning risk system indicates that the years 2017-20 will be a period of intensified financial market risk, with 2018 and 2019 of particular concern. ‘Global debt has increased by over US$60 trillion since 2008,’ say Fairchild and Bullman. ‘Another global financial crisis is increasingly inevitable; it can only be delayed, not avoided.’

They also point out that the collapse of the EU and the euro in its current form is quite probable unless the EU takes Brexit as a cause for radical reform of its mandate and that, as Putin’s behaviour patterns are relatively predictable, Russia will continue to be expansionary on a geopolitical scale.

The odds on Trump winning the US presidential race as AB went to press were around 50:50. Leighton Vaughan Williams, professor of economics and finance at Nottingham Trent University’s business school in the UK, warns that a Trump victory could have major negative economic implications and that investors would turn as a refuge to gold, the price of which would rise along with other safe-haven currency prices. ‘Most significantly, the ensuing contraction of the world economy would see serious job losses and real wage cuts, which would hit the US, UK and Asia particularly hard,’ Williams says.

Global financial watchdog the Bank for International Settlements estimates that China’s huge credit binge increases the risk of the country’s banking crisis occurring in the next three years. And the possible consequences? Nicklas Jonow, partner at Pacific Consulting Group in Hong Kong, proffers this prediction: ‘China’s credit collapse could set off a series of defaults. Foreign and domestic investors might rush to go risk-off and further exacerbate the problem as more and more companies and financial institutions are unable to deal with redemptions, roll over debt or simply finance their business operations. As things unfold, the Chinese government might step in with a rescue package, only to find out that the shadow banking off-balance sheet lending has grown beyond their ability to control. China’s financial system then collapses and the crash spreads to the rest of the world.’

If businesses put strategies, processes and systems in place to manage predictable risk events, they will also be better equipped for true black swans when they occur.

‘We have to accept that we cannot predict the unpredictable,’ says Jonow. ‘But this doesn’t mean we should not be ready to protect the business when an outlier event happens. We do know that a recession is overdue, so keep gearing low, keep cash and cash equivalents, and keep trade finance terms conservative.’

Farquhar further points out that all systems, however carefully built, are breakable and, once a system has gone critical, a runaway chain reaction is likely. ‘A business needs systems that automatically limit chain reactions and allow for controlled stabilisation,’ he says, a bit like circuit breakers and dampers in some engineering systems. ‘Rigid systems tend to work well at times of equilibrium but poorly at times of stress,’ Farquhar adds. ‘On the other hand, adaptable or evolutionary systems are more resilient to environmental change.’

A change in attitude to technology risk is also needed, especially when many believe a major cyber attack, possibly on one of the world’s biggest banks, is a likely threat. If millions of businesses and people were suddenly unable to access their accounts, the aftershock could be a complete cyber meltdown in more than one industry.

Jonathan Wyatt, managing director at Protiviti, encourages organisations to focus much more on the business outcomes that might arise as a result of a cyber attack. He says: ‘This may sound like stating the obvious, but it’s not the approach that most organisations take to technology risk today. Most set goals along the lines of “We need to reduce our exposure to a cyber attack” or “We need to protect customer data”. It’s extremely difficult to define effective strategies with such vague goals.’ It’s much easier to design plans for outcomes such as ‘inability to trade to close out positions’. Wyatt says: ‘The solution is not always to prevent the attack or even the consequences of the attack, but to set the business up to be able to respond.’

A large business may not survive a major risk event unless it has people who are competent and confident to take appropriate actions. ‘The appointment of an organisational resilience officer could be the answer to surviving events such as financial crises, cyber attacks and other external threats,’ says Maureen Sumner Smith, managing director at the British Standards Institution. She adds: ‘Their remit needs to be organisation-wide, working closely with the CIO and COO, HR, operations and IT, as well as across the supply chain.’