The new kids on the block

There's a new breed of tech-savvy, growth-focused practice on the rise that embraces innovation and young talent. Time to throw out the wood panelling? 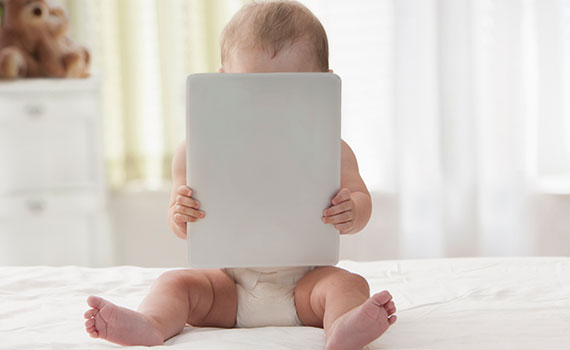 Practices that have set up in the past few years are mounting a revolution. Early movers embracing the cloud are setting up as tech-first devotees. They sense a desire from the growing numbers of freelancers, contract workers, consultants, entrepreneurs and SMEs for approachable accountants who provide more than just the year-end numbers.

Audit work is no longer as enticing as it used to be given the regulatory changes and competition. Besides, it is exactly the sort of work and perception that the new breed want to move away from. They want to add value for clients in real time, using automation and sophisticated software. They want to develop closer relationships and enjoy the bigger margins to be found in these new ways of operating.

And they can be fearless in the face of competition from much larger firms. ‘Clients don’t tend to get the close relationship with a big practice, they’re just a number,’ says Alex Falcon Huerta, who set up Soaring Falcon Accountancy in 2015. ‘To a small firm, all clients are key to growth, so we go the extra mile. Also, it will take larger firms longer to move their archaic systems to the cloud.’

For Huerta, a key catalyst in setting up her own business was the disruption that is caused by technology. ‘It’s made it a lot more fun than it was years ago, when I thought about quitting. Thanks to the cloud and technology in general, it’s become a lot more interesting.’

Similarly, Faith Simpson, owner of the eponymous practice, with three offices in Scotland, became disillusioned with the profession while at an established firm. She was put off by an outdated management style and the old boys’ network. ‘It just wasn’t me,’ she says. ‘But I rediscovered my passion for accountancy and for helping people and businesses. Clients would see their accountant once a year in their big swanky offices and not understand what they were saying; I speak in layman’s terms. My mission statement is to be the most approachable accountancy practice in Scotland.’

She opened a new HQ in March, in a workspace shared with tech startups in Edinburgh’s hip New Town. The YouTube video of the launch party has already had 6,000 views – impressive marketing for a firm that started with a single flyer-drop in Elgin.

‘Some said Edinburgh would be a hard nut to crack because it’s like a little village and everyone knows everyone, but there is a massive need for somebody to come in and shake things up. Clients need somewhere they can drop in and have a chat. It’s not stuffy, it’s not grey and dull.’

‘The profession of 10 years ago is almost gone,’ says Christian Hickmott, a founder of Integro Accounting, which has three offices in southern England, and plans to open three more within four years. ‘You now have to be the adviser, virtual FD, management accountant. Depending on whether it’s a small, medium or large firm, you have to adapt your role or your service.’

And with HMRC’s Making Tax Digital programme, auto-enrolment pensions and increasing compliance, companies require closer relationships – something these agile and cloud-based practices believe they can accommodate.

‘There are a lot of positives out there, but you have to embrace them,’ says Hickmott. ‘With technology and filing becoming mandatory, you have to offer an electronically based service.’

‘We’re completely cloud-based,’ says Simpson. ‘We made the move about five years ago. It means flexibility for staff. All our clients use Quickbooks and Receipt Bank. We’re trying to go completely paperless. Clients love it. It takes less time, there’s less possibility of error. Being at the forefront of technology is one of our USPs.’

But, Hickmott warns, it will also make the marketplace for accountants very competitive. ‘I foresee compareyouraccountant.com – horrendous, I know, but it will happen. This is why you have to be adding value – it will get more competitive.’

There are other threats too on the horizon for firms targeting the self-employed and SMEs. Andrew Morrison, director of the Glasgow firm Morrisons, says: ‘With practices moving online, there is a potential market of 65 million people across the UK. Keeping on top of one set of tax policies is hard, but with different parts of the UK taking divergent tax paths, that will become tougher, and the target market could reduce from 65 million to five million.’

Tackling your clients’ challenges is a way to retain them. An ideal client for Morrison would be a company using outdated IT systems. ‘We could go in and streamline their services, get them on to the cloud, not just for their finances but for their data storage.’

These new firms are growth-focused and want to invest in young local talent. ‘Some people coming out of school are shunning the university route,’ says Simpson. ‘They want to start earning and learning, get fast-tracked, then go and start their own businesses. They’re technologically savvy, they’re all over social media, and that is where we want to be.’

"We're trying to go completely paperless. Clients love it. It takes less time, there's less possibility of error. Technology is one of our USPs"