Will Brexit send Britain racing to the bottom on corporation tax?

While Britain is unlikely to turn into the Singapore of Europe post Brexit, it may be forced to lower its corporation tax rate even further to compete on the global stage 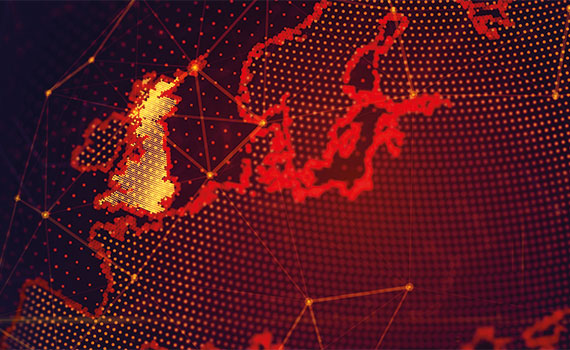 Taking the Brexit fight to mainland Europe, chancellor Philip Hammond told the French newspaper Le Monde recently that the UK had no intention of emulating Singapore. Suggestions that the UK would slash corporation tax and cut regulations for business were wide of the mark, he claimed. Instead, the chancellor maintained the line that the UK would remain ‘recognisably European’ after it left the EU.

Hammond’s latest comments were regarded as a softening in approach, and a bid to quash allegations that the UK could be setting itself on a path to becoming a low- or even no-tax jurisdiction. Such a move would be attractive to overseas businesses seeking an alternative route to reducing their effective tax rate, but it could be equally unattractive to those who wish to stamp out abusive tax regimes.

‘In my view, the UK has always offered a relatively low-regulation environment for business and, since the 1980s, low taxes by European standards,’ argues ACCA’s head of taxation Chas Roy-Chowdhury in a recent article in Accountancy. ‘So while EU dynamics over the past four decades have often seen tensions between those member states seeking to impose quite burdensome business regulations through the European Commission, and those taking a more liberalised approach, the UK has played a leading role… in watering down the proposals to something much more business-friendly.’

Roy-Chowdhury’s point is that with the UK gone, there might not be any other country prepared to argue for this ‘liberalised approach’ to finance and business legislation. ‘Some of the future regulations may start diverging from what the UK itself implements from outside the EU,’ he writes.

In other words, the UK’s tendency to implement fiscal measures such as reduced corporation tax rates could accelerate to the point where multinational companies see the tax advantages of setting up shop in the UK outweighing any other disadvantages, such as not having a direct route into the EU.

But irrespective of Brexit, the UK is already set on a path to lower corporation tax rates. Back in 2008, corporation tax stood at 30%. It is now 19%, and the government intends to lower it to 17% by 2020. Yes, this will be welcome news for UK businesses, but it will also become increasingly attractive to overseas businesses that will be looking for a bit more than a stepping stone into Europe (which, of course, may not be available post-Brexit).

However, Hammond claimed in his Le Monde interview that the UK is ‘in the middle of the pack’ in terms of its tax rates and that it had no plans to pursue a policy of ‘unfair competition’ in financial regulation. But, as the Tax Justice Network points out, over the last six years, the UK’s tax take has moved from just above the Organisation for Economic Co-operation and Development’s (OECD) average to almost two percentage points below that average, while as a share of GDP it fell from the OECD’s average in 2010 to just 80% of the average in the latest available figures.

Alex Cobham, chief executive of the Tax Justice Network, said in a recent blog that the chancellor’s statement might prove to be the first step towards rescinding the Brexit tax haven threat to the EU. ‘But rhetoric alone will not reverse the UK’s race to the bottom, nor protect its citizens from the costs – not least in terms of higher inequality and weaker governance,’ he said.

So, would a continuing, or even an accelerated, reduction in corporation tax turn the UK into a tax haven, a ‘Singapore-on-Thames’ as some commentators have labelled it? Within Europe, low effective tax rates have historically been available; the headline rate might look high, but if the tax base can be too easily reduced, then the effective rate comes down, although the OECD’s Base Erosion and Profit Shifting (BEPS) project seeks to address this via a clampdown on harmful tax practices.

However, according to tax advisers at RSM, low corporation tax rates can attract international businesses to the UK that would invest here, boost GDP, create jobs and, of course, pay their taxes. For businesses, tax is much more than corporation tax. Tax includes VAT, PAYE (both income tax and NI contributions), business rates and, indirectly, the taxes paid by bondholders and shareholders on distributions they receive. ‘So, Treasury thinking goes: low corporation tax rates translate into economic growth, prosperity and, yes, enhanced tax receipts,’ RSM argues.

Immediately after the chancellor’s original comments in Welt am Sonntag, RSM disagreed with the notion that the UK could become the Singapore of Europe: ‘The whole purpose of encouraging companies to come to the UK is to invest here, not to accumulate profits and maintain investments in conditions of financial secrecy. While other countries in the G20 may be able to demonstrate some merit in their arguments that the trend towards reducing corporation tax rates amounts to harmful tax competition by the UK, the UK is leading the way in financial disclosure and the encouragement of open investment. The label “tax haven” simply will not stick.’

But as Roy-Chowdhury points out: ‘A “global Britain” may be forced to reduce corporation tax further in order to compete alone on the world stage. For example, if the US administration cuts its corporation tax rate down to 15%, then the UK may be left with no option but to follow suit: the potential losses to the financial sector, particularly given the threat to London’s global status, would be too great.

‘So while I agree with Hammond that the UK will not emulate Singapore any time soon, the Brexit process may still inadvertently bring about a more deregulated approach and low tax rate in the immediate future.’

"The UK has always offered a relatively low-regulation environment for business and, since the 1980s, low taxes by European standards"