With US shale gas production soaring and businesses globally switching to gas from nuclear and oil, the sector is in ferment and supply contracts in flux 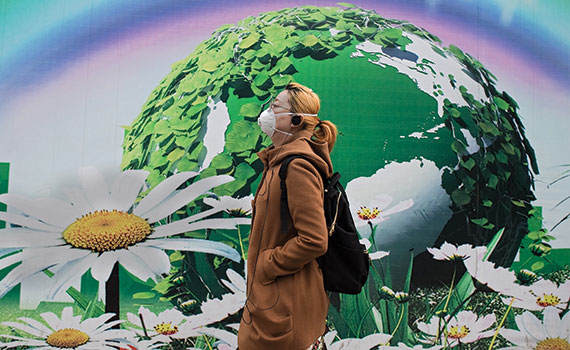 The gas sector is evolving: price cuts and supply boosts (particularly from the impact of US exports) are creating new challenges for finance professionals.

From a buyer’s perspective, gas has ‘probably never been more attractive’, according to a recent ACCA report Far East to Wild West: demand and supply in the new gas landscape. Liquefied natural gas (LNG) is mainly traded under long-term contracts indexed to the oil price: as the oil price has dropped, so has that of LNG. Demand is also strong, with the number of countries importing LNG almost doubling in the past 10 years (there are now 30 LNG importers). Meanwhile the supply of gas available for international shipment is rising – and this too could affect LNG prices. LNG production now exceeds 230 million tonnes a year, and is expected to hit 370 million by 2020.

ACCA’s report, which draws on the views of industry experts and a global survey of 413 professional accountants, identifies the rise of the US as a gas producer as a major development in the global market. The US, which used to be a net importer of gas, shipped its first LNG cargoes in 2016. In February of that year, Houston-based Cheniere Energy dispatched a shipment of LNG to India – the first batch of US shale gas ever to be delivered to Asia. Among ACCA’s survey respondents, 79% agreed that the rise of the US as a global gas producer will have a serious impact on global gas markets.

‘The US’s arrival as an exporter of LNG will be a game-changer for the global gas sector,’ says Philippe Berterottière, chairman and CEO of GTT, a French LNG engineering company. ‘The biggest impact will be increased pressure on prices. While the demand for LNG in Asia should rise over time, the US should be able to maintain relatively low prices for its LNG, due to existing infrastructure and a good domestic supply of gas. This probably means that prices for LNG in Asia will drop over time, and buyers will be able to negotiate better deals.’ US gas companies are also likely to find export opportunities beyond Asia.

‘With 70% of global gas demand coming from Asia –  particularly Japan, South Korea and China – the rise of the US as exporter could represent a significant shift,’ says Narayanan Vaidyanathan, senior business analyst at ACCA. ‘A climate of low prices is also likely to influence the direction of events.’ In some markets such as LNG, cheaper supply from the US may support a rebalancing from long-term contracts towards the spot market, with arbitrage activity expected to rise.

‘The reason the LNG price has been relatively stable in the past is because it has been indexed to the oil price through long-term contracts,’ says Adi Karev, global oil and gas leader at EY. ‘With the arrival of cheap LNG from the US, there is a price differential in the market for the first time. It’s therefore inevitable that arbitrage activity will increase, and the spot market will strengthen.’

‘We are going to see a very different LNG market by 2020,’ says Al Troner, president of Asia Pacific Energy Consulting. ‘We seem to be moving to more of a buyer’s point of view. It’s something the gas sector, and finance professionals within it, will have to adjust to.’

For gas suppliers and investors, low gas prices are a worry. Two-thirds of ACCA’s survey respondents said they were concerned or extremely concerned that further drops in the oil price would cause gas prices to fall.

The oil price drop could damage plans for some proposed LNG projects around the world, according to Troner, but he believes supply will continue to expand. ‘Even the world’s most careful and conservative oil and gas companies have run into serious cost overruns on their ventures into LNG,’ Troner says. ‘And a lot of the players currently proposing LNG projects are being far too optimistic about their viability in the current environment. Even so, there will still be an overhang of supply.’

Gas has some weaknesses when compared to oil (see SWOT box on page 40). For example, gas wells cannot be turned on or off as easily when prices fluctuate, and the infrastructure needed to store and transport gas is more complex. For such reasons gas tends to be seen as a longer-term commitment. ‘No one expects to become rich from a gas project by tomorrow morning,’ Troner says. ‘It’s always a longer-term play, with a more complex set of contracts.’

Experienced gas companies clearly still find gas an interesting long-term prospect, though. Among ACCA’s survey respondents, 39% said that their business was looking for new gas projects as a result of falling oil prices.

As the gas market evolves, so do the roles that finance professionals need to play within the sector. ‘Risk appetite has vanished, and this changes what finance teams have to focus on,’ says Karev. ‘At the moment, that means focusing on dividends for shareholders.’

Looking ahead, ACCA’s report finds that the roles of finance professionals in the gas sector will be strongly affected by developments in pricing, mergers and acquisitions (M&A), costs and sustainability.

Increased price pressure will have a significant impact on accountants within LNG companies. For example, in December 2015 Petronet LNG, an Indian LNG importer, renegotiated its 1999 contract with Qatari producer RasGas, slashing the original price by around half.

Finance professionals are affected by such developments, as they have key roles to play in renegotiating existing contracts and drawing up new ones. Meanwhile, as buyers seek to renegotiate long-term gas contracts, project finance decision-making comes under much greater scrutiny. ‘It’s getting harder and harder for finance teams to find viable projects, because benchmark prices are substantially lower than they used to be,’ says Karev. ‘We are seeing increased rationalisation, consolidation and a lot of divestment, all of which require substantial analysis and much more scrutiny by finance teams.’

Survey respondents acknowledged these developments, with almost half (47%) agreeing or strongly agreeing that their job was becoming more complex as a result of the fall in the oil price.

Price pressure could increase levels of M&A activity in the gas sector, so finance professionals may well be increasingly involved in bringing deals to fruition. A third of the survey respondents said their business was actively involved in M&A discussions to capitalise on the attractiveness of current gas pricing; just 15% said they were not.

Expectations about M&A opportunities are focused on North America. Tim Boersma, director of the global gas programme at Columbia University’s Center on Global Energy Policy, says: ‘In North America, arguably the global epicentre of gas production over the past 15 years, many people expected a big wave of M&A, given current prices, which have led to financial trouble for many small and mid-scale producers, midstream companies and service providers. However, we haven’t seen a lot of activity so far. It may well be that the old rules of consolidation amid crisis do not apply to US shale, but we’ll have to wait and see.’

Companies will also need their finance professionals to help cut the costs of projects already under way. In March 2016, for example, Italian energy company ENI announced it had achieved ‘very significant cost savings’ through engineering design changes on its Coral FLNG project off Mozambique.

Interest in the sustainability of the gas sector and companies within it has grown, just as it has in other sectors. This has coincided with the development and increasing adoption of integrated reporting, which helps companies to explain how they are creating value for the medium and long term, as well as meeting short-term goals. Finance professionals have pivotal roles in the adoption of such new reporting techniques, helping companies to explain sustainability efforts to shareholders and the long-term implications of a move to cleaner fuel sources, such as gas.

Many factors affect gas prices and the associated sustainability of the gas sector, including macroeconomic developments. Among survey respondents, 74% were concerned or extremely concerned that geopolitical instability would affect gas prices. For example, the UK’s decision to leave the EU will affect the assessments that finance professionals will have to make about the viability of gas investments in the North Sea. Similarly, geopolitical tensions in the Middle East will affect sustainability assessments of new and current projects in that region.

It’s clear that finance professionals will need to support companies’ evolving strategies. As Vaidyanathan says: ‘Finance teams are at the forefront of understanding how future trends will affect their business and on advising how to adapt accordingly.’

Attraction for investors and operators

Strengths
Cleaner-burning fuel than oil and coal: burning natural gas produces just over half the amount of carbon dioxide as coal per unit of energy.

No refining process required: gas requires much less processing than oil, which must undergo lengthy and expensive refining before it can be used.

Weaknesses
Lower per-unit cost than oil: the sale price of a unit of gas is lower than the equivalent of crude oil – a downside for gas producers.

Longer-term extraction process: because of the nature of gas, and the infrastructure required to transport it from the production site, gas investments tend to be longer-term commitments than oil investments. Oil rigs, by contrast, can easily be moved at short notice with no major consequences.

Opportunities
Rising global demand: there is growing international demand for gas, and particularly high demand in the Asia Pacific region as a result of the shutdown of many nuclear reactors, which have been replaced by gas-fired power plants.

The move to renewables positions gas as the ideal ‘fuel of transition’: a number of countries have chosen gas as the fuel they will use to help move towards a cleaner energy-generation mix.

Threats
Transition to a buyer’s market: gas-buying organisations are increasingly finding themselves with better leverage over suppliers, owing to a rise in global production. This has the potential to reduce gas prices over the long term.

Increasing supply threatens profitability: related to this is the fact that if prices drop, some of  the larger, more capital-intensive gas production projects such as floating LNG (FLNG) could come under threat.