The anti-fraud fallout of the Panama papers

The Paradise Papers are merely the latest leak about offshore financial dealings to hit the headlines. We look at the fallout from the mother of them all - the Panama Papers 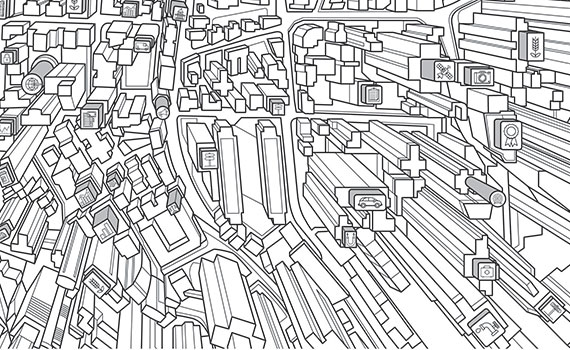 It reads like a thriller and it won a Pulitzer prize, but the Panama Papers exposé was not fiction, and its repercussions brought down the prime ministers of Pakistan and Iceland.

The Panama Papers consists of 11.5 million documents leaked in 2016 to a German newspaper (and shared by it with media partners globally) from the private files of Panama-based law firm Mossack Fonseca. The revelations triggered political crises, rocking governments in China, Russia, Nigeria, Brazil, Argentina and many others, where figures close to the top of government were named as hiding massive sums offshore in arrangements that avoided or evaded tax and, in some instances, involved corrupt payments. The 2.6 terabytes of Panama Papers data far exceeds the 1.4-terabyte hoard of the Paradise Papers, which reveal how individuals and multinationals shelter their wealth in secretive tax havens.

The biggest Panama Papers scalp to date has been Pakistan’s prime minister, Nawaz Sharif. He was disqualified from office after the data leak led to a legal investigation which concluded that much of the Sharif family wealth had been hidden from tax authorities and may have been amassed illegitimately.

Sharif was not alone. Shortly after the International Consortium of Investigative Journalists (ICIJ) published the vast stores of secret financial information leaked to it, Iceland’s prime minister, Sigmundur David Gunnlaugsson, stepped down. The leaked files had revealed how he and his wife held bonds offshore in failed Icelandic banks that had been worth millions of dollars. His government negotiated a deal with the creditors of the country’s banks without the PM revealing his and his wife’s personal interest in the settlement. Gunnlaugsson went, but he argued that a transfer of his shares to his wife meant he was innocent of any wrongdoing.

In Argentina and Brazil, Panama Papers revelations fed into existing cynicism about the political system, and are playing a continuing role in government instability.

In Africa, the papers provided details of businessmen who had used Mossack Fonseca for a variety of reasons. Offshore assets revealed in the Panama Papers included a luxury yacht and New York properties owned by a Nigerian businessman, Kolawole Aluko. He and another businessman, Olajide Omokore, were named in a US Department of Justice civil suit filed last July for allegedly bribing Nigeria’s former petroleum minister Diezani Alison-Madueke to secure lucrative oil contracts and laundering the proceeds in the US. Aluko is also a defendant in a Lagos government suit to recover US$1.8bn in unpaid profit shares from crude oil extraction. Aluko has appealed the charges; Alison-Madueke denies allegations of financial impropriety.

Namibian arms dealers Walter Hailwax and Trevor Wilmans were also Mossack Fonseca clients with offshore companies. They received millions of dollars in commission from BAe for a controversial sale of jet fighters to South Africa in 1999.

The common factor in all these instances has been the role of Panamanian law firm Mossack Fonseca. Two of its founders were charged in 2017 with facilitating money laundering in relation to a Brazilian corruption scandal, and the firm has struggled since the unauthorised release of the Panama Papers.

Mossack Fonseca had facilitated the use of offshore tax havens, the creation of shell companies and the concealment of assets. In many cases, its activities were neither illegal, nor constituted tax avoidance. Harry Potter actress Emma Watson said she had used the firm’s services to buy a property anonymously and avoid the intrusive attentions of media paparazzi, so protecting her privacy.

Lionel Messi, the world’s second highest-paid footballer, was unable to argue the same justification. The Panama Papers showed that Messi and his father owned Mega Star Enterprises, a company that had no obvious purpose. Separately, Messi has been prosecuted for tax fraud and fined €2m for defrauding the Spanish tax authorities of €4.1m of revenues on image rights, through the use of Latin American shell companies. He was initially sentenced to a 21-month prison sentence, but this was reduced on appeal and a further fine of €252,000 imposed instead.

The Spanish tax authorities were already investigating Messi prior to the release of the Panama Papers. Elsewhere, though, in response to the leaks, tax authorities in several other countries initiated new investigations of named individuals and companies.

The South African Revenue Service has disclosed that 1,917 of the country’s residents were identified in the Panama Papers – all are now under investigation. In addition, the South African government launched a national action plan to collect data on the beneficial ownership of companies incorporated in the country, backed by public registers to strengthen corporate transparency. Former South African president Thabo Mbeki, now chair of the African Union panel on illicit financial flows, called for co-ordinated international action to end the type of improper payments and the use of tax havens and shell companies revealed by the Panama Papers.

In France, 26 companies and individuals are reported to be under close examination by an elite anti-fraud unit following the Panama Papers revelations, while Ecuador’s tax authorities have apparently recovered US$66m of tax revenues and related fines. The US Department of Justice and Internal Revenue Service used the information to target tax evaders and those banks and other agencies that facilitated evasion. Their investigations have found US citizens using banks and companies in Switzerland, Israel, Singapore and Hong Kong for tax evasion purposes. Members of Congress are attempting to tighten the law on tax evasion because of the scale of abuse shown by the Panama Papers.

In the UK, the government established a Panama Papers taskforce, which investigated more than 30 individuals and companies for criminal or serious civil offences linked to tax fraud and financial wrongdoing. Hundreds more individuals are under detailed review. In addition, the taskforce established a Joint Financial Analysis Centre to develop software that improves the collection and analysis of Panama Papers data.

The Panama Papers have generated serious difficulties for tax havens that facilitated evasion. The OECD has taken tough action and in June 2017 stated that new transparency standards had been accepted by every major offshore centre, with just one country – Trinidad and Tobago, which is not a major financial services centre – not complying with them. While the OECD programme was already under way, the publication of the Panama Papers provided further impetus to complete it. The EU has also strengthened its tax and disclosure rules (see box).

The Panama Papers may have been bad news for some powerful politicians and rich business leaders, but they are proving lucrative for tax authorities across the globe.

In response to the Panama papers, the European Commission has proposed tougher transparency rules for accountants, tax advisers, lawyers and banks that design and promote tax planning schemes. Under its proposals, cross-border tax planning schemes that make the use of losses to reduce liabilities, special beneficial regimes, or arrangements that involve countries not meeting good governance standards will have to be reported to national tax authorities before they can be implemented. The reporting obligation will fall on the intermediary offering the scheme, the recipient of the advice, and the individual or entity implementing the scheme.

EU states will automatically exchange this information through a centralised database that will operate as an early warning scheme of new avoidance strategies. They will also have to implement effective and dissuasive penalties for any entities that do not comply with the transparency measures.

The measures are designed to harmonise the EU approach to the mandatory disclosure provisions in the Organisation for Economic Co-operation and Development’s base erosion and profit-shifting project. The proposals build on recently adopted EU rules that block artificial tax arrangements and impose stronger transparency obligations on multinationals. The proposals are expected to come into force from 1 January 2019.