Getting the tax-to-GDP ratio right

With concerns that falls in tax revenue relative to GDP are hampering economic development in Asia, a one-size-fits-all approach is not the answer 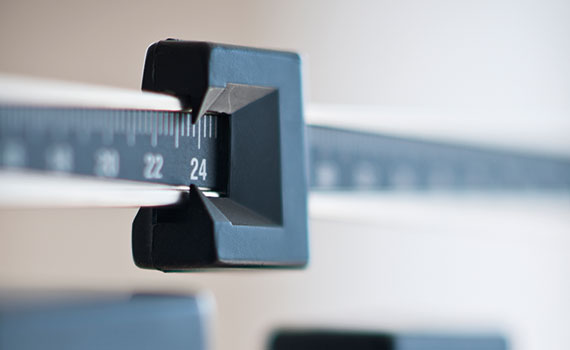 At a recent conference on international taxation in Asia, held in Indonesia, International Monetary Fund (IMF) deputy managing director Mitsuhiro Furusawa told the assembled delegates that, compared with other regions in the world, tax revenues are relatively low in Asia. ‘Some see this as something of a tradition in this region,’ he said. ‘But this comes at a cost.’

Furusawa pointed to the region’s tax-to-GDP ratios. According to the IMF, a minimum ratio is associated with a significant acceleration of growth and development. The fund believes this threshold lies around the 15% mark. On average, most countries in the region consistently fall below a ratio of 15%,’ he said. ‘Simply put, that is likely to be insufficient for reaching the goals to which so many of your countries aspire.’

Indeed, Indonesia’s finance minister Sri Mulyani Indrawati admitted at the conference that her country’s ratio, which stood at 11.8% in 2015, was ‘hard to swallow’, but said she was committed to raising this to 16% by 2019, in part aided by an attack on the aggressive tax-planning policies of large multinational companies.

Furusawa’s view is backed up by a report from the Organisation of Economic Cooperation and Development (OECD). The study, Revenue Statistics in Asian Countries 2017, reviews the tax-to-GDP ratios of seven Asian countries: Indonesia, Kazakhstan, Malaysia, Japan, Korea, Singapore and the Philippines. The OECD concludes that while some countries have experienced a decline in tax revenues in recent years, tax-to-GDP ratios have increased in most since 2000. However, the organisation warns that despite these increases, further efforts are needed to increase revenues in developing countries in the region to support what it calls ‘domestic resource mobilisation’ that will enable greater expenditure in areas such as infrastructure, health and education.

Both the IMF and OECD clearly believe that the tax-to-GDP ratio matters. It is a straightforward measurement, perhaps crude as a result, but it can give a clear indication of the direction of travel of tax policy and administration in any given country, which can then be used to measure against economic growth and development.

‘The question of whether a falling or rising ratio matters can only be answered in the context of the underlying tax policies or other economic factors which influenced the change in the ratio,’ explains Curt Kinsky, Asia Pacific area leader of EY’s transfer pricing practice. ‘There is a school of thought that says that as GDP rises – that is, as incomes rise – taxpayers’ demand for government-provided services – defence, healthcare and public transport, for example – rises as well, which means that it would not be unusual for the ratio of tax paid to GDP to rise as GDP itself rises.’

So where do the seven countries in the OECD report stand? In 2015, tax-to-GDP ratios in Asian countries ranged from 11.8% in Indonesia to more than 32% in Japan, with all countries other than Japan and Korea below 18%. The ratios in all these countries are lower than the OECD average of 34.3%, which highlights that scope remains for increasing tax mobilisation, especially in Indonesia, Kazakhstan, Malaysia and the Philippines, to achieve sustainable growth (see box).

The tax-to-GDP ratio continued to fall in Indonesia, Kazakhstan and Malaysia for the third consecutive year. The ratio also decreased in Singapore, although it remained higher than its 2013 level. These declines were driven by falls in corporate tax revenues and in revenues from specific goods and services, primarily excise, customs and export duties. The decrease was particularly significant in Kazakhstan, where revenues fell by 5.6 percentage points, compared with less than 0.7 percentage points in the other countries. This is mainly due to a fall in oil tax revenues. By contrast, averages in the OECD and in Latin America and the Caribbean increased by 0.1 and 0.6 percentage points respectively.

The report acknowledges the impact of the global economy and notes how ratios have improved; despite recent falls due to a significant decline in global commodity prices, China’s economic slowdown and slow growth in advanced economies, the tax-to-GDP ratio has increased in most countries since 2000. This is due to tax reforms and the modernisation of systems, as well as a more favourable economic context.

Social and political pressures will dictate an individual country’s appetite to move towards an increasing ratio. An increase in tax revenue, and consequent increase in the ratio, will increase a country’s ability to spend more in areas such as improving infrastructure, health and education, while also acting to redistribute wealth to a wider section of the population and help support those on the very lowest of incomes.

‘Research by the IMF shows that once a tax-GDP ratio gets above around the 15% threshold, this creates a platform for investment,’ says Chris Morgan, KPMG’s global head of tax policy. ‘It means there is sufficient revenue collected in order to invest in infrastructure and education, for example, and this can have a massive effect on an economy.’

However, once it’s accepted that such an outcome is desirable, a number of fiscal levers can be pulled. ‘There is no one blueprint; there is not a perfect tax system,’ Morgan says. ‘The way in which tax is raised will depend on a number of factors. For example, what natural resources does a country have? What is its size? Does it have a manufacturing base? What is the wealth base it is starting from and its geographical location? Each country has to look at its situation and its social contract with its population.’

Morgan believes that the tax system needs to do two things: to sustain economic growth, and to be redistributive and fair. ‘In the short term, these two aims can appear to conflict, but in the long term they should be complementary,’ he observes.

Kinsky agrees. ‘Public tax policy is an enormously complex issue and has implications for the daily life of the citizens of a country,’ he says. ‘Countries which purposefully – not simply via compliance – increase their tax-to-GDP ratio are putting in place policies designed to influence behaviour or to allow government to pay for the things it needs to in order to safeguard society, such as social services, or the country, through defence.

‘From a layman’s point of view, one definite factor is increased collections and compliance, and I think we see this across Asia Pacific,’ Kinsky continues. ’When coupled with rising GDP, this would increase the ratio. Interestingly, we have seen countries, such as Indonesia, also offer tax amnesties whereby previously unreported income and tax liabilities can be reported and paid without penalties or criminal prosecution. Here we see increases in taxes without any correlation to GDP.’

Furusawa pointed out a number of domestic policies that could be pursued. ‘Strengthening revenue mobilisation is likely to require a wide range of measures, including both policy and administration,’ he said. ‘In domestic taxation, it could involve making the value-added tax more effective, for instance, and developing property taxation.’

But he also focused on the international dimension relating to crossborder trade and investment. ‘At a time of change in the global tax environment, there is a wide-ranging reassessment of tax policy involving issues like corporate tax competition, crossborder, legal tax avoidance and illegal tax evasion. The sluggish global growth of recent years and intense competition for foreign direct investment has amplified these trends.

‘We are living through what often looks like a race to the bottom in which countries compete, to the advantage only of investors. In this region, as in others, a lack of coordination among governments has intensified this trend. The result is being felt on the bottom line, with pressures on much-needed government revenue.’

So, what has been causing the changes seen in the OECD’s report? In Singapore, the ratio is lower now because of a fall in corporate and income tax rates. Kazakhstan’s ratio has been affected by the volatility of natural resources revenue, such as a falling oil price. Rising ratios can be put down in part to improvements in tax administration; the Philippines has been moving towards electronic tax services, while increasing the number of taxpayers by bringing in those from the informal economy, such as micro-businesses. Indonesia has seen administrative reforms, focusing on different types of taxpayer, such as high-net-worth individuals and SMEs.

Malaysia has also been affected by volatile resource prices, but introduced a system of VAT in 2015, the impact of which has yet to be measured in the OECD figures. Japan has seen reforms in its social security policies, while also increasing its rates of VAT. Likewise, Korea has reformed its social security systems.

It is clear, therefore, that one single policy cannot be applied across different countries to boost tax-to-GDP. As the OECD report confirms, ratios are affected by a variety of domestic and international factors. However, as Furusawa suggests, cooperation will be key so that Asian countries ‘can make better use of tax revenues to please more of their people’.

Total tax revenue as a percentage of GDP

Note: Data for Korea, Japan and the OECD average are taken from the OECD’s Revenue Statistics 2016 and are preliminary for 2015, except for Japan, where some 2015 data are not available.

3. Represents the unweighted average for OECD member countries. Japan and Korea are also part of the OECD 35 group.

"There is a school of thought that says that as GDP rises, taxpayers' demand for government-provided services rises as well"