The trade consequences of Brexit

The post-Brexit trading world will be particularly problematic for the 130,000 or so UK companies whose only export market is the EU. We explain the key trading challenges 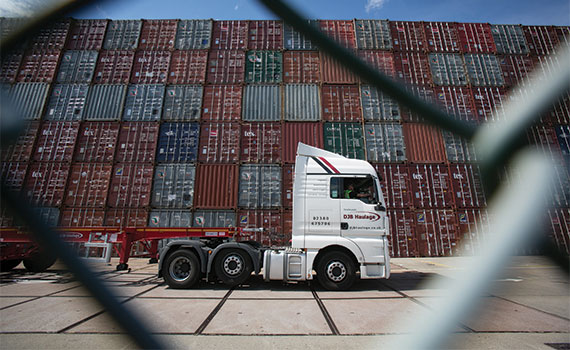 Right now, life should feel blissfully simple – relatively, anyway – for companies that trade with EU states. There is currently no trade border with the EU, making selling goods there as straightforward as it is within the UK itself. But as a result, tens of thousands of UK companies are unaware of the complications and annoyances posed by trading across borders.

Even if the UK manages to strike a free-trade deal with the EU, the country seems likely to leave the single market; as a result, exports and imports will have to cross a trade border. ‘There are whole series of technicalities that companies trading with EU members will have to adjust to,’ says Mike Josypenko, senior director of special projects at the Institute of Export and International Trade. ‘The preparations will be highly technical and can’t be done overnight, so forward planning is of the essence.’

So what steps do companies need to take to ready themselves for this new re-bordered world?

Most companies will decide to outsource the completion of these declarations to freight forwarding companies, which function like travel agents for international shipments. Even so, companies will need to collate the data that will go on these forms, starting with the classification of goods. Each traded item needs to be assigned an eight-to-10-digit code that determines the customs duty. ‘This is very easy to get wrong,’ says Matthew Clark, head of UK customs, excise and international trade at PwC. ‘So companies can reduce the chances of error by undertaking classification exercises to cleanse and update their data ahead of Brexit.’

Companies will also need to detail the precise origin of their goods, which may be no mean feat for products that have inputs from around the world. All this could require software upgrades for many companies. ‘And given that each customs form can cost between £30 and £150 to complete, including submissions on both sides of the border, companies that ship small individual items may wish to adjust their delivery systems to send more in bulk,’ warns Clark.

We will address tax in more detail in a subsequent AB article, but exporters and importers may also need to start considering the possibility that they will be compelled to pay VAT at the border. At present, trade between EU member nations does not attract VAT. After Brexit, this could very well change, with companies forced to pay VAT at the rate of the importing country.

This would entitle a company to a refund when it makes its VAT ﬁling, which most businesses do once a quarter. However, the timing gap between the tax payment and its refund could create a cashﬂow problem. The ongoing post-Brexit trade negotiations with the EU may well throw up a solution, but in the meantime companies would be well advised to consider the cashﬂow implications of paying VAT on EU imports.

Preparations could include ﬁling VAT returns monthly rather than quarterly to shorten the duration of the cash drain, or searching for alternative UK-based suppliers. Companies may also wish to set up deferment accounts with HMRC, so they can pay duties later rather than at the border, which can be challenging.

For the many first-time exporters that Brexit will produce, now may also be a good time to become certified as an authorised economic operator (AEO) – a global system that offers faster border clearance to trusted traders.

To gain AEO certification, companies need authorisation from their national customs authority – in the UK’s case HMRC. ‘To qualify, a company needs to prove it has strong compliance procedures and high levels of security,’ says Josypenko. ‘In return they get access to simplification, which means their goods are less likely to be held up at borders. This could be especially beneficial for ﬁrms producing sensitive products – such as food, drink and pharmaceuticals, which are most likely to be stopped at borders for inspections.’

Getting the AEO stamp of approval isn’t easy and can take up to a year. If there is a pre-Brexit stampede, it could take HMRC even longer, so once again, advanced planning is essential.

The implications of Brexit on the supply chains of UK companies could be profound. Leaving aside potential duties and VAT payments from EU inputs, UK companies will need to plan for potential delays in their supply chain in the event that goods are held up at the border. This is especially crucial in an era of just-in-time delivery – which ensures that goods arrive only as needed, minimising the cost of inventory. Josypenko explains: ‘Imagine that a company in the UK can get inputs from Germany in 36 hours at present; they may need to add an extra 24 hours to that. As a result, companies may need to look into holding larger inventories in order to prevent production delays.’

Some commercial relationships may become unviable once the analysis has been done, warns Clark. ‘Finding this out early and looking for solutions will be crucial to avoiding disruptions or damaging profit margins,’ he advises.

One way to reduce the threat of double taxation and a VAT cash-drain from imports could be to set up a customs warehouse – a storage location for goods destined for export and which therefore attract no tax obligation. Approval can take up to eight months, so early action is recommended.

Commercial obligations are often laid down contractually years in advance. A UK company may have agreed to supply goods over several years at a certain price. Fulfilling these obligations may become more complex or impossible depending on the outcome of the Brexit deal. ‘Our legal team has been helping companies consider Brexit clauses within certain contracts, indicating that they reserve the right to dissolve or modify the contract if changes in the international trading system make this necessary,’ says Clark.

Added to this, many contracts between UK and EU companies may soon become incomplete if they fail to allocate the obligations involved in shipping goods across a border. International commercial terms, or ‘incoterms’, may have to be added to spell out the obligations of the importer and exporter of goods. ‘Failing to do this could lead to costly misunderstandings, since either the importer or exporter may expect the other party to shoulder the cost of the duties,’ says Josypenko.

It remains to be seen if the UK will manage to agree a new trade deal with the EU. If it does, it will inevitably contain a rule-of-origin clause – designed to ensure that only goods that are sufficiently ‘British’ qualify for preferential treatment. As a result companies will need to assess and prove how many non-British inputs went into their goods. This can be a lengthy and complicated process for companies whose products contain thousands of inputs, and so is not something that should be left to the last minute.

The rule of origin is often between 40% and 60%, says Clark. ‘Companies that discover their goods are, for example, around 38% British, may wish to shift suppliers to get them over the lower hurdle,’ he says. ‘If the mark is set at 60%, bigger changes in the chain may be needed. But at least companies will be more prepared if they have done the analysis and looked at their options in advance.’

There will be a lot of uncertainty surrounding the new trading regime. But companies that have conducted a detailed analysis of their supply chains and planned for the worst-case outcome stand a better chance of mitigating the negative impacts from Brexit. They may even be able to steal a march on less well-prepared domestic rivals.

Don’t wait till the ink dries

The precise outcome of talks between the UK and EU may be hard to predict but it is sure to impose a bewildering series of changes on many UK companies. Given the complexity of the response required, businesses cannot afford to wait until the exact nature of the new regime is known.

This is the first article in a series on Brexit challenges. Over the next few editions, AB will look at some of the ways in which companies can start adjusting to the new post-Brexit world. Follow this series to find out more about:

Handling the technicalities of trade (this edition of AB)

Why and how to set up an EU bridgehead

Corporate taxation for companies trading with the EU.