As PwC’s global assurance leader Richard Sexton prepares to retire, he describes how the profession has evolved and finds a career in audit is a very different prospect today 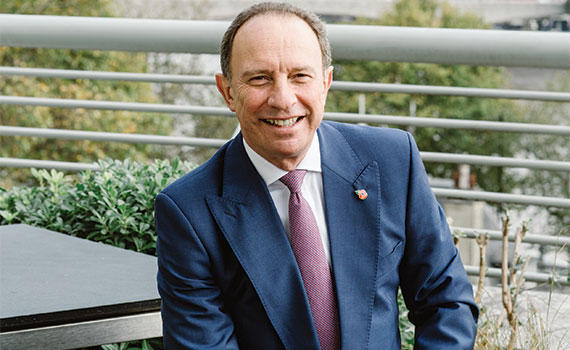 In Richard Sexton’s almost four decades as an auditor and accountant, the PwC global assurance leader has stood in the front line during massive changes in the profession – from the merger-mania of the 1990s to the crisis of confidence that followed the 2008 financial crash. But as he contemplates life after PwC when he retires in June, he knows that the biggest changes for the profession are still to come.

‘In the 1980s, organisations were relatively simple compared with today,’ he says. ‘You could understand most things that were going on, and see most of the business. These days some organisations are so large that it’s impossible to see everything.

‘The solution for auditors was to sample – the challenge there, of course, being to make sure you sampled from populations with similar attributes. So we focused on systems and controls. But we’re now entering the third data age, where the power of technology allows us to look at everything, everywhere. The challenge for the profession is that’s a completely different approach. We’re only just beginning to understand how things will change.’

Sexton has remained largely in the assurance business since he started out in the early 1980s, taking a role in the firm’s financial services practice in New York after he completed his training. That particular move had more personal motivations behind it, as his wife was moving to the city: ‘She would argue that I followed her.’ Their first son was born back in London in 1988 (two more followed in London, and the last in Hong Kong).

He was back in London when Price Waterhouse completed its merger with Coopers & Lybrand in 1998 and was asked to look after the assurance team for TICE (the technology, infocomm, communications and entertainment sectors). He combined client work with practice management after being appointed head of London assurance in 2002, and after joining the PwC UK executive board in 2006.

‘Regulators and auditors weren’t communicating well with each other – we each thought someone else had it covered. The financial information, when it was published, was accurate, but the liquidity of markets fell from US$60bn to effectively zero in the space of a month. It told us that sometimes as auditors we need to think about the unthinkable.’

In 2011, Sexton was appointed the firm’s first head of reputation and policy, an indication of how seriously PwC took the need for better communication. Getting across the message of what auditors do – and what audit can and cannot achieve – has been a significant challenge, not just for PwC but for the entire profession, he says.

It has not always been easy – he tells of an occasion when he was interviewed by Sky News, only to find himself usurped by a door: ‘The Oscar Pistorius trial jury was due back to give its verdict, and the channel thought that its viewers would find the door they would come through more interesting than a discussion about audit.’

Doors aside, he sees the increase in scrutiny around the profession as an opportunity to engage. ‘Far more people are interested in what we do. That’s legitimate, but it’s also a big change for the profession,’ he says. ‘We certainly struggled to explain what we did in the early years, and that wasn’t only a challenge for us – the Financial Reporting Council had the same problem. There’s a lot of plumbing involved in auditing that just isn’t visible to the outside world. But we’ve got a lot better at it over the years.

‘The need to engage externally is huge – not many people really understand what we, or auditors generally, do. We have to get better at explaining that, and helping people understand what’s realistic in terms of audit and assurance.’

That means getting across the point that despite the auditors’ best efforts, corporate failures can happen. ‘We have to provide the context. We have to build understanding that 99.99% of the time the outcome is the right one, and that one wrong event doesn’t necessarily mean that there’s a systematic problem.’

The debate about the need to balance effective regulation with the market’s need for reliable and relevant information will continue. Regulation in the wake of the crisis shifted towards processes and away from outcomes; Sexton would like to see the balance tip more towards outcomes again. ‘The role of auditors is to make sure the market is provided with relevant, timely and reliable information. How we get there is important, but if we are so focused on the way in which we get there that the result is that the information is no longer relevant or timely, that’s a problem. It’s at the heart of the relevance debate.

‘Audit doesn’t exist in a vacuum; it exists because people want and need trust and confidence in financial information. That’s a challenge for all of us in the system, not just auditors. We all need to work together.’

The explosion in big data, automation and developing technology will of course transform assurance beyond recognition in the coming few years. Sexton talks passionately about how technology is changing the world but also about how the role of accountants and auditors, and the skills they need, will change in tandem.

Like a good auditor, he says he has been sceptical about the argument that STEM (science, technology, engineering and maths) skills are the solution. ‘We are in the business of providing trust – that’s a very human skill. The profession needs subject matter experts, of course, but you also need to be human, to balance skills and emotion, and it’s hard to teach that. There are different ways of developing the soft skills the profession needs, such as mentoring – and that’s a huge issue for us as an organisation.’

The career of a young accountant joining the firm today will likely look very different from that of the 21-year-old Sexton. Even the job description might be up for debate, he argues.

‘I worry about the word “accountant” because it translates as “I add numbers up”. I worry about “auditor” too, because that has its own connotations. At the centre of this is what people expect from us.

‘The legacy of the profession is accountants and auditors, and that’s very important; I wouldn’t want to lose it. But how we use our skills in the future won’t be the same. It’s a fascinating opportunity for the profession.’

Looking back, what days at the office will Sexton remember the most? He thinks for a moment: ‘Becoming a partner was an amazing moment; but for me, the day that is the most memorable is always tomorrow. Tomorrow is the day when the opportunities are better than today.’

"Audit doesn’t exist in a vacuum; it exists because people need trust and confidence in financial information"

‘I’ve never had a grand plan or a destination in mind. It worries me when people overthink things, because they might just miss a golden opportunity. The best piece of advice I ever received was to find a good reason to say yes to opportunities when they come up, because they often work out.’

’However scary change may feel, including new technological innovations, have confidence that you as an individual have innately human skills you can bring to the party. The real power of technology comes from the combination with the skills and expertise of our people.’

‘People’s expectations of work are changing. We need to help people find and pursue their passions, live healthier lifestyles and provide new types of flexibility in the way they work. We must value diversity of thought and experience.’

Technological revolution and the audit

Sexton sees tech as key to audit’s future. He says: ‘Audit is going through a huge period of change. It started with data analytics and, as technology continues to evolve, artificial intelligence is playing a really significant part in changing the way we provide assurance.

‘We’re trialling a revolutionary bot that analyses billions of data points in milliseconds and applies judgment to detect anomalies in the general ledger. It is a significant breakthrough in machines using judgment in areas of complexity – a change as radical as the shift from listening to music on CDs to streaming it via Spotify. ‘The technological revolution that is fundamentally altering how we work and relate to one another presents huge opportunities.

‘We can help by providing confidence over a broader set of risks, data and systems, processes and controls. Stakeholders need the confidence to make business decisions that also reflect the broader responsibility of business in society.’