Microfinance is a growing business in Pakistan 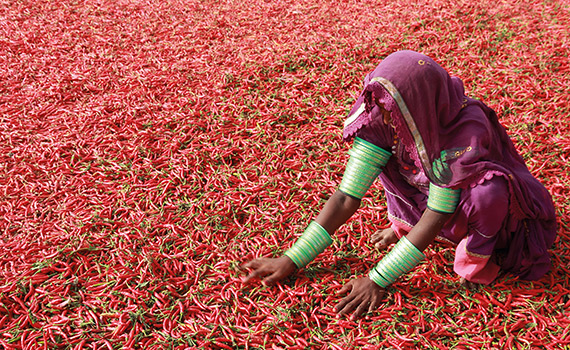 It is widely acknowledged that small businesses can play a critical role in achieving sustainable growth in developing countries. This is especially true in Pakistan, where nearly 90% of companies are SMEs, most of them operating in the informal sector, according to SMEDA, the country’s SME development authority.

As Pakistan’s government seeks to achieve its aim of becoming an upper-middle-income economy by 2025, helping these companies grow is a crucial part of efforts to increase financial inclusion and reduce poverty. When the government launched Vision 2025, it emphasised the importance of a development strategy for small business, highlighting in particular the need to improve access to finance and build financial literacy skills, and to simplify regulations to make it easier for people to set up and build a successful business. Reinforcing this, the State Bank of Pakistan sees microfinance as ‘pivotal for inclusive and sustainable economic growth of the country; crucial to livelihood creation; and a key driver of grass-root-level development’.

In late 2017, Pakistan’s microfinance sector had more than 40 accredited institutions operating in 106 districts. While this is an improvement on previous years, according to the International Monetary Fund Pakistan lags well behind its peers – such as India, Bangladesh, Vietnam and Sri Lanka – for offering private-sector credit.

That said, Pakistan’s microfinance institutions – serving 5.2 million borrowers with a loan portfolio of PKR184bn (US$1.6bn) as at September 2017 – range widely in strategy, capacity and outreach. Just over half of loans are made to women borrowers and 55% focused on rural areas. In the past few years, loan sizes have also been increasing, with the current average size being PKR44,000 (US$397). At the same time, there is a growing reliance on smartphones as a mechanism for payments and to reach out to Pakistan’s 200 million population. According to GSMA intelligence, mobile phone subscriptions outnumber bank accounts by two to one.

As part of its National Financial Inclusion Strategy, the government has created the Pakistan Microfinance Investment Company (PMIC), providing finance direct to target sectors as well as offering funding and support to other microfinance lenders. Set up in 2016, PMIC is registered as an investment finance company, operating under the country’s non-finance banking company regulations administered by the Securities and Exchange Commission of Pakistan. It was established as a joint initiative backed by the Pakistan Poverty Alleviation Fund (PPAF) and the UK’s Department for International Development, through the non-profit organisation Karandaaz Pakistan and the German development bank KfW. Initiatives financed so far include renewable energy, crops and livestock, micro-insurance and digital finance; priorities for 2018 include low-cost private schools and housing.

In addition to contributing equity of US$60m to underpin PMIC, its backers have also committed to providing a further US$140m in unsecured and subordinated debt, giving the company confidence as it expands its lending. As a private sector commercial entity, PMIC is also strategically placed to raise funds from commercial banks as well as capital markets, using bonds and other financing tools.

PMIC’s creation represents an important milestone in the government’s financial inclusion strategy, which wants to expand financial access to at least 50% of all Pakistani adults by 2020. ‘The purpose of PMIC is to provide a wide range of financial services to microfinance institutions and microfinance banks to promote financial inclusion in Pakistan, alleviating poverty and contributing to broad-based development,’ says Yasir Ashfaq, CEO of PMIC.

PMIC’s key target borrowers are microfinance banks and other non-bank microfinance institutions. ‘Almost 44% of [all Pakistan microfinance] loans have been extended for agriculture and related business, while another 46% have been granted to small entrepreneurs for their micro businesses,’ Ashfaq says. ‘PMIC’s mission is to strengthen and scale up provision of sustainable and responsible access to finance to individuals, micro entrepreneurs and micro enterprises in Pakistan to enhance employment and income opportunities for poor and underserved citizens.’

Managing the PPAF’s loan portfolio of PKR14.2bn (US$126m) of 30 microfinance institutions and banks is also vital. Partners are offered a range of funding instruments and financial services, such as senior debt, guarantees, debt syndication and subordinate debt. PMIC also offers to place equity in institutions that can accelerate their growth, boost their management and regulatory controls and offer more loans.

Ashfaq says that as many as 10 million borrowers in Pakistan are in need of microfinance amounting to PKR300bn (US$2.7bn). ‘In addition to PMIC, commercial banks, capital markets, domestic and foreign financiers will have to invest in the sector through loans and equity,’ he says.

Looking ahead, Ashfaq believes a useful addition would be a national credit information bureau, which would advise borrowers about trading risk, responsible finance and financial literacy. ‘It can never just be about the money,’ Ashfaq says. ‘As businesses grow, they acquire new challenges in terms of recruiting and maintaining talented staff and improving governance. PMIC, on its own account and through its lending partners, aims to help them navigate these issues.’

"As businesses grow, they acquire new challenges in terms of recruiting and maintaining talented staff and improving governance"

Since it began operations in March 2017, the Pakistan Microfinance Investment Company (PMIC) has disbursed PKR11.6bn (US$104m) to 20 microfinance institutions, including the Kashf Foundation, Damen Support Programme, Thardeep Microfinance Foundation and Jinnah Welfare Society. PMIC CEO Yasir Ashfaq says that these projects will improve the lives of up to 500,000 families across Pakistan. PMIC is aiming for a portfolio worth PKR45bn (US$406m) by 2020, he says.