How to resolve partner disputes

Personality clashes, profit-sharing wrangles and incompatible ambitions can ultimately ruin a firm. Derek Smith looks at the causes of – and solutions to – partner disputes 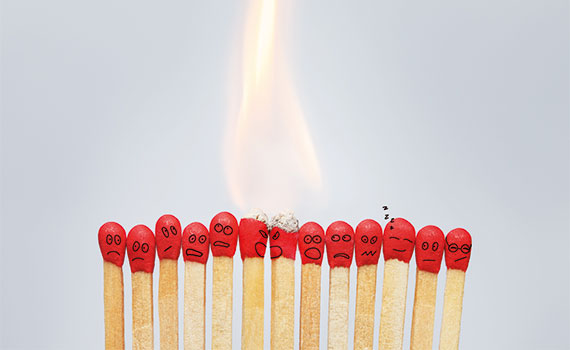 Partner disputes seem to be a growing risk for accountancy firms. This may in part reflect the challenging times that professional service firms are experiencing, but, whatever the reason, they can be very damaging in their impact, disrupting business, harming reputations and incurring significant costs for firms.

The philosopher Bertrand Russell once said that war does not determine who is right, only who is left. All too often partnership disputes serve only to destroy or damage firms, and there is no real victor (save the lawyers, if they have been brought in).

A common feature of partnership disputes is that all the protagonists firmly believe that they are in the right. There is often a strange dichotomy in that the views of partners in whom the aggressors have placed great trust and whose judgment they have always relied on are suddenly deemed to lack any wisdom when it comes to the issues that are at stake.

Partner disputes can arise when business partners or the members of a firm disagree over operational or financial decisions. Whereas many business vehicles have a clear hierarchy as to who has the final say, the apparent equality of a partnership can make it a more complex area.

The issues that give rise to disputes are more often than not related to either finance or behaviour.

Financial disputes frequently concern the rights of individuals to revenue and capital returns – in effect, the question of reward. There is often a lack of clarity as to how profits are to be shared and who is entitled to any capital value within the firm. Where profit sharing is the issue, firms often find themselves in a zero-sum game: profits are not increasing sufficiently to enable those who have been partners for less time to capture incremental increases unless more senior partners lose out.

It is also common for financial disputes to arise when partners leave the firm and the offer made to them, which is not sufficiently codified, falls short of their expectations. This is even more likely to be an issue if a partner’s exit has not been their own decision.

The expectations of those involved can vary widely. In one case, a firm’s retiring (and founding) partner thought he should be paid six times more than he actually received. His ultimate payout barely covered the legal costs he incurred in taking his case to court.

Where disputes arise because of behavioural issues – often involving alcohol, drugs, gambling or ‘uncontrolled libido’ – partners are unwise to assume that the issues will resolve themselves.

Other behavioural issues include the parties involved having entirely different ambitions for the firm (as economists would put it, they no longer share ‘goal congruence’). People’s aspirations and ambitions change over time, as may the composition of the partnership itself.

A number of common characteristics tend to make disputes inevitable. One is where there is no written agreement to address issues, or only a poorly crafted one that fails to give guidance on the areas of dispute. Often there is no established procedure for dispute resolution, save the potentially expensive alternative of formal arbitration. Written agreements need to be clear on the rights and obligations of partners, and explicitly define the governance structures of the firm.

Personality can be another problem. Dynamic leaders (usually the founding partners) can be overly autocratic; they may also believe their opinion carries more weight than that of fellow partners, or value their own contribution to the success of the firm more highly than the open market does. In such cases, it is worth pointing out that just because something cost a lot of money does not necessarily mean it is an asset.

Another common characteristic is simply the question of relationships, which for one reason or another become damaged. The partners’ goals diverge and become incompatible. They end up with different visions for the direction of the firm or their exit strategies. These problems can be exacerbated if the profit-sharing systems are not geared to variations in ambition. The problem gets worse if the contributions of the individuals vary significantly.

Behavioural conflicts become particularly complex in the case of husband and wife partnerships where the marriage hits problems, or where the partners have become involved in relationships, extra-marital or otherwise, with members of the firm’s team, or with clients. Nepotism is also an issue – the hiring of relatives can trigger major tensions and disputes within a firm.

Identifying the potential pitfalls makes it that much easier to avoid them. The first stage in this dispute prevention process is to ensure that written agreements are in place setting out the rights and obligations of the partners and covering all the scenarios that are described above. The firm’s governance structures and reward systems should also be able to withstand changing circumstances.

It is helpful to consider safeguards against disputes arising from internal relationships and between partners or team members, and to protect against potential nepotism.

Of equal significance is the need to ensure a common vision, mission and value-set for the organisation, and that disagreements are resolved before too much time passes and permanent schisms develop.

Often, some potential problems can be averted simply by addressing issues as they arise. A robust partner review and development system can help here.

Finally, do not overlook the value of third-party assistance in all these areas. Often an objective third party can bring sanity to a situation that threatens to spiral out of control, at great financial and emotional cost to all concerned.