Economic challenges for Ireland in 2019

While Ireland’s economic performance in 2018 was strong, Brexit poses a significant unknown risk this year. As Jim Power explains, there are other factors to consider too 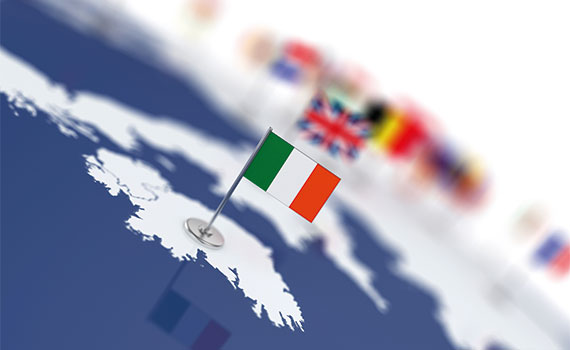 The exposure and vulnerability of the Irish economy to external forces was hammered home in 2008 when the global economy plunged into the biggest economic and financial crisis since the 1930s, and Ireland suffered accordingly. On the flipside, the strong and synchronised recovery in the global economy over the past couple of years has had a very beneficial impact.

While 2017 was the best year for the global economy in well over a decade, 2018 has not been quite as kind – a ‘good’, rather than ‘great’ year. The US economy was the star performer, helped in no small way by President Donald Trump’s tax-cutting agenda. Given the high level of US government debt, this is not a sustainable situation. Elsewhere, activity in the UK slowed on the back of intense Brexit uncertainty; eurozone growth eased somewhat; and a number of emerging economies started to experience significant economic difficulties, due mainly to either poor politics or the strength of the dollar, or a combination of both.

Ireland’s economic performance in 2018 was strong and reasonably broad based, with most sectors making a solid contribution. Consumer spending continued to expand, but the personal sector is still behaving in a relatively cautious manner: consumer confidence fell to a 46-month low in October. Retailers are still dealing with consumers who are resistant to higher prices and want value for money, behaviour driven by low wage growth for the past decade; a high personal tax burden; uncertainty relating to the impact of Brexit; and rapidly escalating house prices and rents that are soaking up disposable income.

On the export side of the economy, the value of exports expanded by a very strong 12% in the first nine months of 2018. However, exports to the UK were down by 5%, reflecting slower growth in the UK economy and the weakness of sterling. The most positive feature of the overall economic performance in 2018 was the labour market. Total employment rose 3% in the year to September, taking total employment to a new high of 2.27 million.

Looking ahead to 2019, the outlook looks reasonably good, but the risks and challenges are quite clear. The key domestic challenges include the imbalance between demand and supply in the housing market, which is putting considerable upward pressure on house prices and rents. It appears likely that house price inflation will moderate in 2019 due to affordability issues, but rents look set to remain under considerable upward pressure.

Pressure to increase expenditure on public services, particularly health, will remain strong and will strain the public finances. Ireland still has a dangerously high level of government debt. As the economy steadily moves towards full employment, wage pressures are likely to intensify and the recruitment and retention of workers will become a bigger challenge.

On balance it does appear that growth in Ireland in 2019 looks set to be softer than in 2018, but a reasonably strong level of economic activity still looks the most likely outcome. However, we do need to manage the economy and the public finances in a very prudent manner, and there is the obvious unpredictability of Brexit.

The UK is due to leave the European Union (EU) on 29 March, at which stage a transition period will apply to the end of 2020. This assumes the UK does not crash out without a deal.

As AB went to press, the deal the prime minister had negotiated represented the next best outcome to having no Brexit. However, a ‘no deal’ Brexit would seriously change an Irish relationship with the UK that has prevailed since 1973.

The agri-food sector is the most exposed, and while larger Irish companies have most likely taken mitigating measures, smaller companies with a heavy exposure to the UK face immense challenges.

From an overall macroeconomic perspective, the health of the UK economy, the path of sterling and the future trading relationship between the UK and the EU are the three key variables.

Regardless of what happens, Brexit will continue to pose a huge source of uncertainty for Ireland.

Most of the official forecasting agencies, such as the International Monetary Fund, expect 2019 to be another reasonable year for the global economy, but with increased risks, including:

Continued easing of growth in the US, UK and eurozone and trouble for countries in the emerging world, including Argentina, Venezuela, Brazil, Turkey and Pakistan

Global geopolitics with Russia and Ukraine, and the rise of the right across the EU

Very high corporate debt levels in China and the US