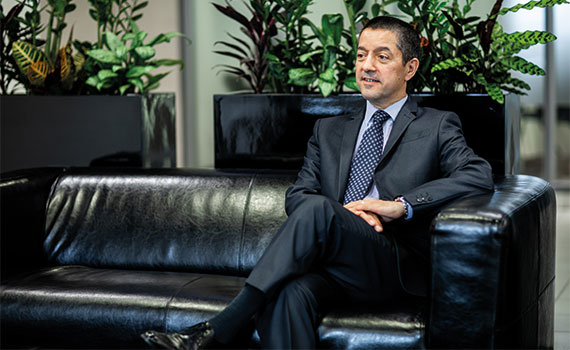 Alan de Sousa Caires FCCA has the kind of job that many accountants would love. Part of his role as director of finance and business services at BBC Media Action is to help drum up funding for BBC radio and TV programmes that reach 200 million people around the world a year.

‘The time I spent in Papua New Guinea was one of the reasons I sought out this job,’ he explains. ‘I really wanted to work in international development. My wife had been working for Farm Africa, which was supporting farmers in East Africa, and I could see how exciting her work was. Before VSO, we spent a couple of years in South Africa where I was running my father-in-law’s publishing business. After returning to the UK, I applied to BBC Media Action.’

As the senior financial executive at the organisation, he is not only responsible for management accounting, financial reporting and budgeting, but also for running the business systems. It is also his job to ensure that BBC Media Action complies with the requirements of the Charity Commission, internal BBC corporate regulations, external donor requirements, the General Data Protection Regulation, plus local legal, tax and procurement obligations in all the countries in which it operates.

Following the safeguarding issues in the charitable sector in the early part of last year, de Sousa Caires also has to carefully oversee safeguarding reporting.

‘Our turnover and budget this year is £34m across all our country offices, and 99% of our funding is restricted,’ he explains. ‘Though part of the BBC family, we are not funded by the TV licence fee.’ BCC Media Action gets a large percentage of its income from the big institutions, such as the UK and US governments, the EU and the Gates Foundation, which means it has to spend the money on agreed programmes. ‘For example, if Unicef is focusing on giving polio vaccinations in Nigeria, we would bid to be a part of that project. We take the money and create a specific radio programme to address the need – it’s about informing people so that they can decide if the vaccination is right for their child.’

They use research to consider what type of programme needs to be made, in what format, whether it should be on radio or TV. It might be a drama, a magazine show or a public service announcement.

De Sousa Caires believes his ACCA Qualification has proved crucial to his career progression. ‘I left school at 16 not knowing what to do,’ he says. ‘I did the AAT training and qualification, then it was natural to go on to one of the four main qualifications – I chose ACCA, as it provided the broadest range of training. Without that I wouldn’t have achieved the seniority or variety of roles.