Tackling the Irish public's lack of trust in charities

With mounting criticism levelled at charities over governance failures and misuse of funds, accountants and auditors have a critical role in addressing these concerns 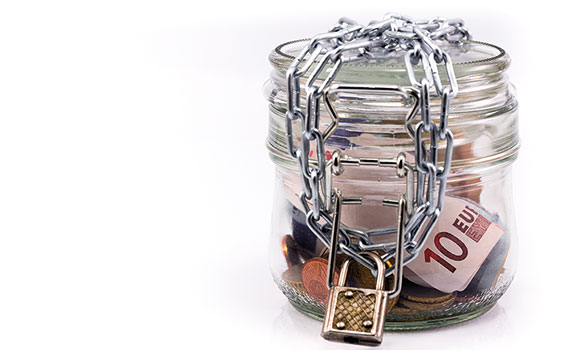 According to recent research by nfpSynergy, only 50% of the Irish public trust charities. The lack of oversight of funds given by Ireland’s Health Service Executive to controversial charitable organisations, such as the scandal-ridden suicide charity Console (now closed), is part of the reason, while a series of debates over Irish charity executive pay has also dented public confidence.

Likewise, the use of charitable status by hedge funds to avoid tax has fuelled concerns in Ireland that charities cannot be trusted.
As a result, the Irish government has tightened regulation, and accountants and auditors are central to this response.

The Charities Regulator, established by the Charities Act 2009, has also been seeking to get a grip by creating greater scrutiny, according to Aedín Morkan, audit and assurance partner, at Mazars. Morkan points out how Part IV of the Charities Act 2009, brought into effect in 2016, gave the authority powers to demand information from charities: ‘The Regulator has used these powers, and this is a clear warning that there are consequences for the wrongdoers,’ notes Morkan. ‘The more open and transparent that charities are in presenting information about their charity, the better in terms of public trust and funding,’ she says.

The sector has a significant economic presence and includes many independent hospitals, schools and universities, and commands large headcounts and budgets. Irish charities had revenues of €14.5bn, with 189,000 employees and 300,000 volunteers in 2016, according to research conducted by Indecon International Economic Consultants and published in 2018 by the charities’ regulator.

Household donations contributed €350m of these revenues in 2018. The government was the leading contributor, accounting for €5.5bn or half the income of charities. Only 2.8% of charities reported incomes of €10m or more, but they also accounted for 79.3% of overall revenues.

Given the importance of the government to the sector, it is maybe a surprise that it has not acted more swiftly to release the secondary accounting and financial regulations detailing good practice required by the Charities Act 2009. Heidee Martin, head of communications and stakeholder engagement at the Charities Regulator, insists those regulations are expected soon. However, the Charities Regulator ‘has issued a range of guidelines, including those on internal financial control, fundraising and the new governance code’ explains Morkan. ‘Performing a self-assessment of compliance with these guidelines and addressing any gaps will put a charity in a strong starting position.’ This is important, given charities will be expected to report in 2021 on their compliance with a Code of Governance for Charities, issued to demonstrate how charities should follow the Charities Act.

Another vehicle for supporting good practice is a Statement of Recommended Practice for Charities (SORP), which has been developed in the UK and followed by some major charities in Ireland. Liz Hughes, CEO of the Charities Institute Ireland (CII), hopes an Irish SORP will be made mandatory: ‘The government must prioritise this for the good of the sector.’

Hughes adds that SORP is ‘about providing a standardised framework for the sector to present financial information in an open, accessible and transparent manner’, and requires information and disclosures that provide transparency and accountability. This includes requirements for directors’ reports and more analysis of income and expenditure.

Where the government is acting already, notes Roseanna O’Hanlon, partner at Crowe, is increasing ‘oversight by government departments that provide funding to charities’. As a result, she says charities’ boards of directors are now paying much more attention to financial probity and, in some cases, establishing new finance and audit committees and giving them a ‘core oversight function in the charity’.

Morkan also notes how the Health Information and Quality Authority, the Department of Public Expenditure and Reform, and the Housing Agency have all stepped up their scrutiny of charities.

All of this may prevent abuses, but it also presents challenges. Morkan says: ‘Charities are facing a tsunami of rules and regulations…with no corresponding increase in headcount or funding.’ She adds that many charities are struggling to deliver on charitable objectives ‘while dealing with the additional compliance obligations and regulations within the same budget as previously’.

Regulations are growing and a mandatory SORP could stretch the limited resources of charities. ‘Resource constraints mean that many small charities do not have the luxury of having a finance team in place, with some reliant on volunteers and staff who have a range of other responsibilities, as well as handling the finances,’ says O’Hanlon.

Another risk is that Ireland’s 10,000 charities may face a brain drain as regulation increases. Charities are increasingly highlighting their difficulties in recruiting people with appropriate skills to volunteer for boards and sub-committees because of the increased time commitments required by these new controls.

CII’s Hughes adds that while financial professionals are also quitting for better-paid corporate jobs, increasing executive pay within charities can be unpopular with the public: ‘We would advocate that professionals should be paid their value regardless of the sector they’re working in. All too often the public expect business and charities to use two separate rule books, yet they are measured by the same standard.’

"The more open and transparent that charities are in presenting information, the better in terms of public trust and funding"

Ireland’s Charities Register showed 9,799 charities registered by the end of 2018.

Of the concerns raised with the Charities Regulator in 2018, approximately 83% raised issues in the combined categories of ‘Governance Issues’, ‘Legitimacy of a Charity’ and ‘Financial Control and Transparency’.

In 2018, while 1,321 organisations gained charitable status, 579 charities had their details removed from the Charities Register.