The Brydon report on audit is out, so what do key stakeholders think of it?

Brydon’s report on the future of audit has largely been well received, but its recommendations are so wide-ranging that it’s hard to know where to begin 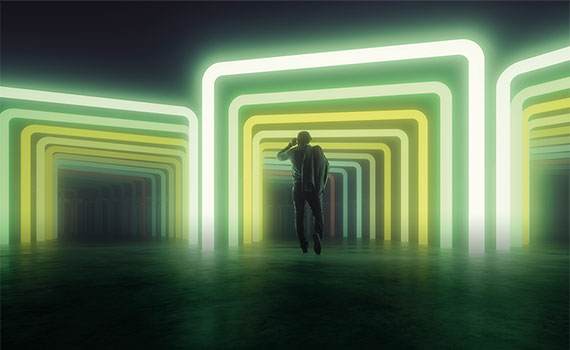 The verdict is in. ‘Audit is not broken, but it has lost its way,’ according to Sir Donald Brydon in his review of the audit market.

Business is evolving, risks are changing and performance is redefined. Yet in the midst of this rapidly shifting landscape, audit is largely unchanged. Some argue there are good reasons for this – regulatory, legal and structural frictions hinder reform. But there is growing recognition that more could be done – that it’s time to tackle the inertia that has stifled innovation in audit.

Brydon’s Independent Review into the Quality and Effectiveness of Audit caught many by surprise when it was published in December. Not only did it come out a month ahead of schedule, but Brydon left many readers astounded at the extent of his wide-ranging recommendations. ‘What I’m trying to do is create a complete, holistic package that will turn audit into something that’s much more informative and useful’, Brydon explains to AB magazine. Does he succeed in his ambition? We ask some key stakeholders for their views.

Deloitte’s UK head of public policy and regulation Simon Cleveland welcomes the approach Brydon has taken: ‘The intellectual rigour with which he has approached the review is very welcome. He has looked at the whole eco-system in a balanced way.’ Cleveland continues: ‘I like the recognition that the profession is about more than accounting. And I like the clear call to arms that the purpose of audit is both to inform and assure. Those two things together are very powerful.’

EY’s head of UK audit and managing partner, UK&I Assurance, Hywel Ball is similarly encouraged: ‘The proposals will contribute to restoring trust in the audit profession and reinforce our public interest.’ EY believes the report has the potential to reduce the expectation gaps that have plagued audit for years – particularly in the areas of fraud and capital maintenance.

What did the investors find particularly useful? It’s perhaps no surprise that the proposed change to the scope of audit was high on their list. Moore explains: ‘It would be helpful to have APMs [alternative performance measures] assured. And I’m very supportive of the idea that auditors review investor presentations and key RNS [Regulatory News Service] releases. These things move markets. So it seems obvious they should be independently scrutinised.’

The recommendations to leverage market intelligence and create better channels of communication between investors and both regulators and auditors were also considered useful by investors – though with a note of caution. ‘The recommendation to leverage market intelligence coupled with the creation of a confidential hotline could make a real difference,’ says Eric Tracey, chairman of GO Investment Partners. ‘But for a hotline to be effective, it has to be independent of Arga [Audit, Reporting and Governance Authority, the regulator to supersede the Financial Reporting Council].’

Investors were also cautiously enthusiastic about proposed changes to the audit report. ‘Analysts want to understand the assumptions and estimates. Are they reasonable? What happens if you flex things,’ asks Peter Reilly, capital goods analyst and founder of Tempest Concepts. ‘Brydon recommends that auditors provide greater transparency over estimates and maybe give graduated findings. If that includes sensitivity to key assumptions, that could be really useful.’

Among the biggest surprises in the report was the recommendation to create a separate audit profession. Cleveland welcomes this, but questions the best way to deliver it in a timely fashion. ‘Arga is going to be asked to do a lot across the various reviews, including Brydon and Kingman, so I’d like to see what role professional bodies and institutes can take in working with regulators to deliver this.’

ACCA’s head of audit and assurance – professional insights, Antonis Diolas, endorses taking such a collaborative approach. ‘We’re not against the idea of a new audit profession,’ he says, ‘but how will it be structured? Will this just apply to the auditors of listed entities? Will having a separate audit profession lead to a more attractive career path, as Brydon states? ACCA is ready to work alongside Arga to clarify the various outstanding issues and to develop pragmatic solutions.’

Of course, not all of Brydon’s recommendations were met with unreserved enthusiasm. Tracey is sceptical about the proposed move away from ‘true and fair’ to ‘present fairly in all material respects’. ‘If we rewrote all the old audit reports to read “presents fairly”, would that have changed anything? No. I also worry that the proposed wording makes it easier for the auditors to define “fairly presents” as equivalent to compliance with accounting standards, whether the outcome is sensible or not.’ Reilly agrees: ‘Until auditors actually mean it when they say that accounts are “true and fair” or “fairly presented”, the terminology they use doesn’t matter.’

Reilly also expresses doubts about the focus on shareholders in the report. ‘Sometimes it’s suppliers, sell-side analysts or employees who see problems brewing.’ Brydon acknowledges this criticism, suggesting: ‘Since debt is greater than equity in this country, maybe debt holders should have the same rights as equity holders to participate in the process.’

One investor AB spoke to suggests the recommendations don’t go far enough. ‘I worry that auditors still don’t have the ammunition they need to face down aggressive management,’ says Reilly. ‘One way to tackle this is to combine a robust, credible, confidential whistleblowing mechanism with a requirement for auditors to discuss all credible complaints. This takes the decision to report such concerns out of auditors’ hands – and beyond any potential influence from CFOs.’

No matter the views on the recommendations, all recognise that the devil is in the detail. ‘It’s all about the implementation,’ observes Reilly. Audit professionals agree. Diolas stresses the need to look at all the other reviews of the audit market to ensure a coherent set of solutions. ‘We also need to consider any divergence from global standards that might result.’

EY cautions that the recommendations could have a significant impact on reporting timelines. Cleveland goes further. ‘The biggest risk is in the pace of response. There’s an urgent need to move forward, but the frameworks that need to be put in place to implement some of the recommendations are complex. So our challenge will be to ensure we benefit stakeholders in the short term while progressing towards long-term goals.’ As an example of an area where the profession could take a lead, Cleveland talks of broadening the scope of assurance, which he believes firms could deliver ‘quite swiftly.’

Brydon too focuses on the challenges that implementation may bring – including the difficulty of changing the mindset of key players. He tells AB: ‘I was startled by how quickly auditors landed on the word suspicion. They told me it would be difficult to have a good relationship with a company if they thought we were suspicious. There are a number of things wrong with that statement. One is about the relationship between auditor and company; the other is the belief that suspicion is bad. Auditor mindsets need to change.’

As for investor behaviour, Brydon is hopeful. ‘It’ll become much harder for equity holders of companies that get into trouble to say “we did nothing” when we have created mechanisms to enable them to do something.’

It is this change in mindset that Brydon hopes will be one of the lasting legacies of his report. ‘While many of the recommendations could be implemented in five years, I acknowledge that some aspects will take longer. However, if we can change the mindset in that period, it would be a huge achievement.’

"Until auditors actually mean it when they say that accounts are true and fair, the terminology they use doesn’t matter"

The Brydon report offers more than 60 recommendations. Highlights include:

– redefining the purpose of audit

– introducing suspicion into the qualities of auditing

– expanding audit’s scope to include APMs and KPIs that underpin remuneration and other material disclosures, such as climate-related metrics

– replacing the Audit Quality Forum with an Audit Users’ Review Board, to be co-ordinated by the Investment Association

– referencing ‘external negative signals and how they have informed the audit’

– a clarification of the opinion, including more information about estimates

– increased auditor transparency, including publication of the profitability of their audit work and the amount statutory auditors earn.

Here are some further reflections by Brydon drawn from AB’s conversation with him:

On the audit profession: ‘I was surprised that although everyone talks about an auditing profession, in reality there isn’t one. This is important for a number of reasons. First, auditors require a different mindset from accountants. The purpose and objective of audit are different. Secondly, auditing is going to spread beyond the financial statements. Everyone will need to know that the same controls and standards are being applied whenever something is audited. This will fracture the link with accountancy. Thirdly, it’s a statement about the importance of auditing. It will help to improve the training and focus, and make the profession more attractive.’

On language: ‘There is almost a separate language that auditors use. They mean something by the words “material” or “significant”, but haven’t succeeded in persuading the world of that meaning. So what the world reads as “significant” may not be what auditors expect them to understand.’

On reactions to the report: ‘There’s been virtually no seriously negative reaction. I think people see there is something very important to do here. I think there is a real understanding that it simply isn’t acceptable that the same criticisms are being levelled against the profession today as at the time of the McFarlane’s report 27 years ago. I think they know that if there isn’t reform, something will be done to them. This is a package that allows them to play a full part in the future.’