Stay strong with clients when looking at emergency business funding 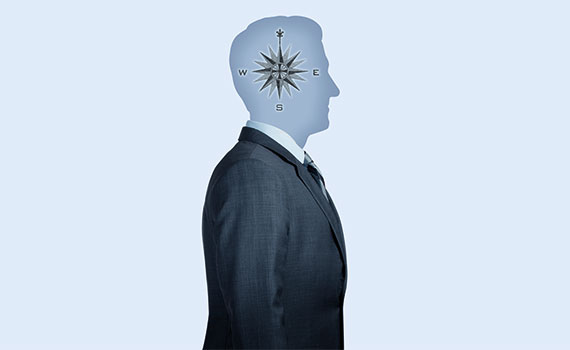 When the government announced its financial support package for employees affected by the Covid-19 crisis, it triggered an important debate among accountants, who will be called on to give advice on how to access that support. The debate centred on whether there would be opportunities for advice that might push the boundaries of the original intention of the financial support.

This debate will be extended as accountants scrutinise the support subsequently given to the self-employed. Cracks have appeared in this particular package –  what happens to those individuals who have been self-employed for less than a year, or are trading through incorporated businesses and are technically not self-employed?

Carl Reader FCCA, chair of ACCA’s practitioners panel, ignited the debate through LinkedIn. He made a simple, passionate observation: ‘I’m utterly disgusted by “professionals” trying to work out how to fiddle the government’s support for employees.’

He continued: ‘Trying to second-guess whether company directors can change their pay to claim the maximum, trying to think about how to creatively “lay people off”, and wondering whether they should retrospectively change old payroll to help people claim it for those who weren’t on the payroll. Every single one of us will need to pay this back over the next few years.’

Reader’s post attracted nearly 2,000 likes and more than 250 comments, almost all of which condemned such activity. However, there was also recognition that it was almost inevitable that some businesses would try to game the system, whether through shifting to backdated salary rather than payment through dividends, or even putting friends on the payroll so they could then furlough them.

However, one comment did suggest that a lot of ‘professionals’ still felt there were a number of grey areas in the support package, adding: ‘We are looking at all the possible options, trying to see if we can give our clients hope, bouncing ideas off each other and asking questions.’

Alastair Barlow FCCA, founder of accountancy and business advisory firm Flinder, also contributed to the LinkedIn debate. Speaking to AB, he says: ‘We are in an ever changing landscape at the moment. The government’s announcements came out quickly to alleviate concerns but lack some clarity on how the measures will work in practice. There has been a lot of chatter among accountants over how to interpret them, so it is open to abuse.’

Barlow points out that in many ways dishonestly tapping funding is no different from any other fraud. ‘Unfortunately, there will be people who will try to take advantage of these measures in an unscrupulous way. But hopefully, most will realise that these measures are here to help people pay for food and other essentials they need.

‘This isn’t a handout from the government for people to make money. From an accountant’s perspective, we are supposed to be more ethical than most, and I hope we will continue to live and breathe those ethics rather than try to find the loopholes.’

Barlow urged accountants to think carefully about whether they wanted to work with clients who ask them to break the rules. However, he accepted there was a difference between such requests and more innocent questions about how the various measures could be applied to a business.

Andrew Tate FCCA, a restructuring partner at Kreston Reeves, says unethical behaviour is difficult to stop: ‘I do agree there are people out there who are looking at every which way around this, to try and take advantage.

‘I think people are looking for compromises, not only with HMRC but also with their creditors and suppliers, taking advantage of the fact that no one can be in their offices or get around to see people. When you can look into the whites of their eyes, you can see if there is a problem, but it is much more difficult to do that remotely.’

In weighing up whether accountants may be taking advantage of these schemes, Tate points to the ethical guides in place, such as ACCA’s code of ethics and conduct (see panel). ‘This is such a serious issue,’ he says. ‘We have already seen criticism of people who are profiteering from the crisis. I think that any accountants who are looking to take advantage for themselves or their clients risk very serious consequences.’

The message from Heather Self, tax partner at Blick Rothenberg, was equally straightforward. ‘The profession needs to take responsibility, and if they spot things that are not right, call HMRC’s fraud hotline.’

"These measures are to help people pay for food and other essentials. This isn’t a government handout for people to make money"

The five fundamental ethical principles set out in the ACCA rulebook are:

Integrity. Being straightforward and honest in all professional and business relationships.

Objectivity. Not allowing bias, conflicts of interest or undue influence of others to override professional or business judgments.

Professional competence and due care. To maintain professional knowledge and skill at a level required to ensure that a client or employer receives competent professional service based on current developments in practice, legislation and techniques, and act diligently and in accordance with applicable technical and professional standards.

Professional behaviour. To comply with relevant laws and regulations and avoid any action that discredits the profession.