Boost your profits by getting your fees right

Getting the price wrong is the single biggest reason why owner-managed accountancy firms are failing to generate the profits they want. So how can they get it right? 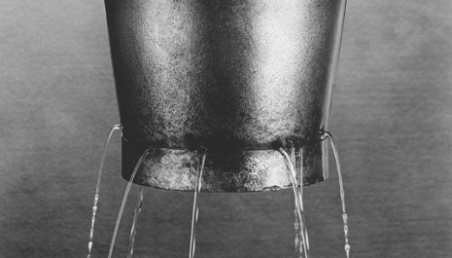 This article was first published in the June 2015 UK edition of Accounting and Business magazine.

Research carried out by Mark Wickersham, an expert on pricing for the accountancy profession, shows that over half of UK accounting firms are actually making a loss.

The post-recession accountancy sector has seen the arrival of micro- and online firms, many of which now successfully compete for clients with bigger, high-street accountants. But whether big or small, in recent years the whole profession has experienced more pressure on fees. In fact, 32% of the firms surveyed by Wickersham in his book How to price accountancy services for maximum profit struggle to even get the prices that give them a fair profit.

Wickersham believes most accountants simply don’t know how to get the price right. ‘Over 80% know very little about pricing strategy and techniques,’ he says. ‘Some are clinging to an outdated pricing model; others think clients are price-sensitive. But this is the biggest pricing myth because clients are in fact value-sensitive. These are two different things.’

Some firms still default to traditional time-based billing. The method is simple for clients to understand, although it almost always causes friction when the client gets a ‘surprise’ bill because a project has taken longer than expected.

But according to Ron Baker, who heads up the US-based thinktank VeraSage Institute and is one of the most passionate critics of billable hours, time-based billing measures the wrong thing – it focuses on inputs, namely time, rather than on outputs or results.

‘Time in our profession has no relation to value,’ adds Wickersham. He explains: ‘Say, you spend two hours finalising year-end accounts – the first hour reviewing an opportunity to save the client £50,000 in tax, the second in the photocopying room and drafting submission letters. Your costs are the same for each hour, but the value to the client of each of the two hours’ work is completely different: one produced a £50,000 tax saving; the other was simply administrative tasks. That’s why pricing based on time is wrong.’

Wickersham admits that in the last decade there has been a big shift away from time-based billing to giving fixed prices up front. After an initial discussion, both sides agree how much the services will cost so the client gets no surprises.

‘For annual accounts, we provide fixed quotes based on our understanding of clients’ records and having factored in the meetings that we expect to have with the clients,’ says Alex Bell, owner of chartered accountants Studholme-Bell. Simon Thomas, director of Oxfordshire-based firm Ridgefield Consulting, also quotes fixed fees for compliance work and then, in line with standard practice, charges extra if the work moves outside the agreed scope. ‘A shift in scope could be because of something as simple as poor record keeping; if it’s bad, we tell them the fee’s going to go up,’ he says.

Unless the scope of the work changes, practitioners have to stick to the quote, even if the work takes longer than originally estimated. And herein lies the crux of the problem with fixed fees if firms use billable hours as the basis for their calculation. ‘We set fixed fees for compliance services based on what we might have charged under a time-based approach,’ admits Alan Woods, director at Wirral-based firm Woods Squared.

In fact, Wickersham says over 75% of fixed-price firms are in reality adopting time-based pricing. Many base their compliance prices on their expected costs because this is what the clients expect. ‘Clients don’t see value in these services,’ says Steve Knowles, managing director of Sheffield-based Knowles Warwick.

But Wickersham dismisses this approach. His research shows that, for a very basic tax return, while 25% of firms charge £100 or less, the top quartile charge between £200 and £1,000. ‘The research demonstrates that while most firms are leaving money on the table, some have found a better way to price.’

Firms are generally more comfortable with incorporating ‘value’ into their pricing when charging for non-compliance services. ‘For some services we agree a fixed fee based on the expected outcome,’ says Woods. ‘When helping clients with HMRC payment plans or with securing external finance, our fees are based on an agreed percentage of either the payment plan or the finance secured.’

True value-pricing, however, is what Baker defines as the maximum amount a client will pay for a service before the work starts. It is built around individual client relationships and the client’s perception of the value of the service their accountant provides.

Thomas admits he charges ‘what feels right‘, especially for one-off work. ‘With my high-end clients, the complexity of their individual circumstances means that one price won’t fit all,’ he says. Value-pricers also ignore what their competitors charge. ‘While there’s a “market rate” for many of the services, all our fee proposals are bespoke,’ says Barry Esterhuizen, director of EST Accountants.

By using value-pricing, firms can charge more profitably for compliance work too. It is true that preparing a tax return for a client with an annual income of £80,000 might take as long as preparing the return for a client with earnings of £1m. But the ‘value’ provided to the higher earner is greater, so the practitioner can aim to charge the latter more. ‘You have to price each customer individually,’ Wickersham insists. The » premise that not all clients are created equal is at the heart of value-pricing. Yet Wickersham’s research suggests that 60% of firms do not grade their clients.

Practitioners using value-pricing often offer clients a choice of differently priced service options. Dennis & Turnbull accountants use such menu pricing for all types of clients. ‘There are Bronze, Silver and Gold service packages. Imagine a car: the different models – S, SE, Sport – have different options built in,’ says director Carl Reader. Their fixed-fee monthly package for a company starts from £80 plus VAT (Bronze), rising to £140 (Silver) and to £230 (Gold). The price of the Gold package includes additional services of monthly/quarterly performance review, an annual goal-setting and strategy meeting, and inheritance tax planning.

When prices are set out this way, clients often opt for the middle and the top option, rather than the cheapest. Wickersham’s research shows that over 48% of firms still do not use menu pricing. Big mistake, he says: ‘Used correctly, menu pricing has the power to increase your prices by two to four times.’

This is especially true if menu pricing is used with the ‘contrast principle’. One of the accountants surveyed by Wickersham charges £480 for acting as a company’s registered office, while the average price charged is £100. ‘By making a comparison with a similar service that commands a higher price for doing the same thing, his price seems very reasonable,” Wickersham explains.

While all this makes sense, many practitioners are reluctant to introduce fixed-fee value-pricing for fear of alienating clients. Wickersham says the first step is to revise the prices up, by linking them to value, not to time. ‘We’ve got to break free of “time” before we are properly value-pricing,’ he says. But how will the clients react, especially if they are used to being charged per hour? ‘You could say in your fee proposal: “We have no idea how long this job will take, and we could charge an hourly rate; however, we think it’s fairer to give you a fixed price up front so that you know with absolute certainty how much it’ll cost you,”’ he suggests. ‘You’re giving the client a choice, but if you express it in those terms, 99.9% of clients are likely to choose certainty.’

Of course, linking price to value can be a challenge, but once this link is established, all that remains is communicating the value to the client. ‘As soon as they see the benefit, the price becomes less of an issue,’ he adds.

Another way to increase profitability is to charge separately for services such as company car tax planning. Yet the research shows that 28% of firms bundle this service in with the fee for annual compliance work. ‘Our fixed fee includes advice on company cars, remuneration structure or VAT schemes,’ admits Esterhuizen, adding that these issues come up in the first year of taking on a client, and that the fee would then be revised if there is a change in the business or in legislation.

Wickersham thinks not charging separately for company car tax planning is a mistake, as the client does not fully appreciate the benefit. He adds: ‘Those firms that do charge, charge between £20 and £2,500. The firms at the top end have a better understanding of value pricing.’

Twelve per cent of firms do not charge a separate fee for completing dividend paperwork either. ‘Which is curious’, says Wickersham. ‘Can you imagine picking up your car after its annual service and seeing this on the invoice: “Change of oil – free, because we weren’t sure how to price it”. That’s essentially what we’re doing when we don’t charge for extra services,’ says Wickersham.

Similarly, firms could be offering money-back guarantees on compliance, tax planning and business consultancy. ‘Over 80% of firms don’t do this and yet that’s one of the most powerful strategies to get more clients to say “Yes” and at higher prices,’ says Wickersham. But Bell and many other practitioners reject this suggestion. ‘Offering money-back guarantees in relation to tax planning or compliance would mean there’s an element of risk to what we’re suggesting and that it’s possible we won’t get the outcome originally agreed with the client,’ says Bell.

Finally, Wickersham says 28% of firms do not review their prices. ‘It’s easier to put your prices up by 3% than by 20%, and that’s why you must review them at least once a year. Looking at the rate of inflation in the UK between the start of 2004 and the end of 2010, it equated to just under 20%. If you left your prices static for seven years, inflation would erode your profits, and to get back on track, prices would have to rise by 20%.’ Just imagine your clients’ reaction to that.