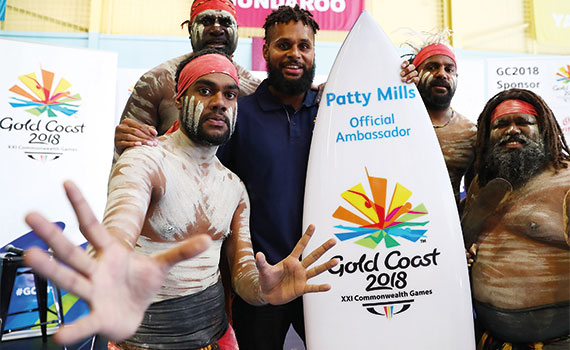 Unusually for a large sporting tournament, the 2018 Commonwealth Games, which get under way this month, arrive in the Gold Coast (Australia’s sixth largest city) on time and on budget. After completing its final checks on preparations for the 21st games, the Commonwealth Games Federation has declared it is ‘humbly confident’ the event will be a success.

Planning for the Gold Coast Games has consistently been further advanced than the 2014 host Glasgow was at the same stages – mainly because the ‘transfer of knowledge’ from Glasgow to the Gold Coast has allowed the Australians to build on the experiences of the previous event. As a result, the City of Gold Coast council knew months ago that its venues would be finished and ready, ahead of the opening ceremony.

‘I can assure everyone we are games-ready, we are on time, on budget,’ Tom Tate, Gold Coast’s mayor, said at the beginning of the year. ‘They are all completed.’

The Queensland state government put A$1.5bn (US$1.2bn) into delivering the event. While this easily outstrips the £543m (US$751m) cost of hosting the 2014 games in Scotland, it’s a snip compared with the US$4.1bn cost of the 2010 event held in Delhi – the most expensive Commonwealth Games ever.

The entire project has been overseen by the not-for-profit organisation the Gold Coast 2018 Commonwealth Games Corporation (Goldoc). To deliver the games, Goldoc will employ more than 1,500 paid staff, 15,000 volunteers and 45,000 contractors. It believes the games will generate A$2bn (US$1.55bn) in economic benefits. The estimated budgeted value of the procurement programme alone resulted in the award of A$550m (US$425m) worth of significant contracts.

Procurement of the security and security infrastructure includes contracts for four prime suppliers to deliver 4,200 security guards. Another A$34m (US$26m) will be spent on the deployment of the armed forces to provide rapid-response squads, bomb detectors, offshore patrols and surveillance.

Substantial procurement contracts have also been awarded for broadcast lighting, temporary seating, temporary power and event staging. A further A$657m (US$509m) was awarded in construction contracts for the venues and the Games Village, with around 90% of that figure going to businesses in south-east Queensland. Under a deal with the Queensland government and the Commonwealth Games authorities, the city council agreed to renovate or construct the buildings and sporting grounds to Commonwealth Games standards.

A major factor in keeping costs down has been to use temporary rather than permanent facilities; 80% of the council’s games venues were already in place before the games construction programme began. Inserting temporary facilities has been part of the plan to reduce the risk of building ‘white elephants’ or having to replace stadiums in future because they are the wrong shape or hold too many seats – a problem Sydney is currently facing with the round stadium it purpose-built for the 2000 Olympic Games. After the Commonwealth Games, the temporary facilities will be stripped out and venues returned to community use.

Each Gold Coast council venue has had to pass an economic viability test, with future use high on the list of criteria. The venues also had to demonstrate a way to earn money after the 2018 games.

Only three venues have been built from scratch. The Gold Coast Sport and Leisure Centre was completed in April 2017 at a cost of A$105.3m (US$81.6m). Like the A$40m (US$31m) Coomera Indoor Sports Centre, the venue for gymnastics and netball, it will be handed over to community use after the games. The third venue is a new velodrome track at Brisbane.

Built in an area that lacked sporting facilities, Coomera is the ‘centrepiece for the transformation of the northern Gold Coast into a significant elite and community sports precinct’, according to the council’s website. It opened in August 2016 and its facilities and function rooms are available for community hire, creating a new council revenue stream.

There is little chance of white elephants, Tate says. ‘We have 800 events booked for the 12 months post-games; we have major projects happening.’

But sport was not the only future use considered by the council when it was assessing future economic benefits of games venues. The Games Village will become housing for hospital and university staff.

Studio 9, which hosts the squash competition, was built as a working sound studio for independent entertainment company Village Roadshow. Four other existing sound stages have been fitted with temporary courts for the table tennis and boxing tournaments in the games.

Film studios make great games venues as they can be transformed easily and already have equipment installed for cameras and sound. ‘It is the first time a sound stage has been used for the games,’ says Lynne Benzie, president of Village Roadshow Australia. ‘It is a fantastic opportunity.’ She says the construction of Studio 9 gives the Gold Coast the biggest footprint of any film studio in the southern hemisphere – a massive selling point for future business projects. The cost was shared between Village Roadshow and the Commonwealth Games, and Benzie believes the studio could bring billions of dollars to the Gold Coast.

But it hasn’t all been smooth sailing. There has been criticism over the cost of the games, and logistical concerns, such as traffic congestion between the Gold Coast and Brisbane (nearly 50 miles north of it), as well as in the Gold Coast itself.

But sponsors have backed the event, with 16 official supporters signed up (including KPMG, Aggreko and Cisco), plus seven official partners (such as Longines, Atos and Optus), all on board for a bonanza of elite sport.

Keeping score at the Gold Coast

The 2018 Commonwealth Games in numbers.

70: Teams represented (some Commonwealth members have dependent territories that compete under their own flag, as do the four UK nations)

6,600: Number of athletes and team officials expected at the event

23: Number of sports in the games

1954: Year of the ‘Miracle Mile’ when England’s Roger Bannister and Australia’s John Landy both finished within four minutes in a mile race (pictured above) in the Vancouver Games

1974: Year when Tanzania’s Filbert Bayi took middle-distance running into a new era, with a world-record time of 3min 32.16sec. New Zealand’s John Walker broke the old world record too in the same race in Christchurch, but still lost. To many it remains the greatest 1,500m race ever

1,500: Approximate number of medals up for grabs, to be evenly distributed between men and women – the first time ever for a major multisport games

The total population is 2.3 billion

It makes up 20% of the world’s land mass