Rachel Botsman, a leading expert and author on trust in the modern world, busts some myths and explains why it’s time for us to rethink some of our perceptions 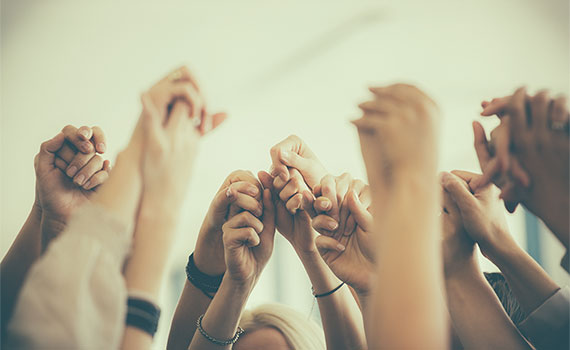 Q Can you explain your concept of distributed trust?

RB My first book, What’s Mine Is Yours, was looking at how technology could make us engage in behaviours that might previously have been considered risky, such as opening our homes and cars to strangers. At the same time, I was hearing this narrative that trust was being eroded in institutions – in politics, media and the banks.

This led to the idea that maybe it’s not that trust is eroding or declining, but it’s changing form. It’s not that it’s completely collapsed but that technology takes trust that flowed upwards and was very hierarchical, and distributes it through networks and platforms and social media to people in new ways.

Q How does this relate to organisations?

RB I think it’s a mistake to think of trust as a brand that works like a pyramid, managed by the marketing and communications teams, and very much in the hands of leadership. That’s not true anymore. If you look at the relationship between the employee and the employer, if you think about the relationship between the customer and the consumer and the company, trust really lies in the hands of people.

Q Can trust be built?

RB The second thing that’s really a myth around trust, particularly within professional services, is this idea that it can be built. I hear this all the time.

Trust is something that’s given to you. You can’t say you’re going to build more trust with me: I have to give you my trust, you have to earn it. There’s no brand, there’s no communication campaign, there’s no product that can actually manifest trust; you have to be trustworthy. So it lies in culture and behaviours.

Q How can an organisation be more trustworthy?

RB You have two sets of traits: capability and character. Capability traits include competence – how you do something – and responsiveness, which is about your respect for time.

But the real gold dust of trust lies in character, which is based essentially around empathy – a feeling that the organisation cares and understands where you’re coming from and respects your views and perspectives, even if they’re completely different to your own.

Then there’s integrity, which is the hardest trait for all organisations to scale. Often, people think ‘Oh, we can fake integrity, with things like CSR programmes or sustainability or charity,’ but integrity is actually about your motives. Integrity is saying ‘Do my intentions align with the best interest of the consumer or user?’

Q Do millennials have a different attitude to trust?

RB I think millennials are more sceptical in some ways. If I think of my parents’ generation, they were quite deferential to experts and leaders, and even brands. With millennials, it’s a whole different mindset. They say: ‘I’m not going to give you my trust just because you’re in power’; there is a hearty scepticism.

Q How much do people trust chatbots?

RB I think customer service bots have a really long way to go. Often you’re going to customer service when you have a problem – and these bots cannot empathise with someone who is frustrated or upset! I deal a lot with the fintechs and it really drives me mad when they don’t have a  customer service department. It’s your money and you really don’t want to talk to Susie Chatbot; you want to talk with a human being because you need to believe in an instant that that person understands your problem.

Q Is there anything organisations can do to regain trust once they’ve lost it?

RB If you look at most trust crises, it all comes down to integrity. The companies claim it’s a capability problem: ‘We’ll fix the system, we’ll put more bots on it, or whatever the technology fix is.’ But actually, it’s a culture problem: it’s people saying ‘I don’t believe your interests are aligned with my best interests.’ That is a really hard place for a company to come back from.

Samsung is a good example. The company went through a trust crisis over problems with its Galaxy Note 7 smartphone. Samsung admitted it was about the phone but it also said what was wrong with its systems and fixed them.

Q You’ve talked about transparency not being the answer.

Gender pay is a really good example. If we can get accurate, accessible information on gender pay, we can create some actual change around that. But when we’re calling for blanket transparency and saying that this is the way to create more trust, it’s actually wrong. First of all, I don’t think any company can promise true transparency, so all you get is surface-level information disclosure.

Q Who should take responsibility for creating a framework of trust?

When people talk about trust, they’re often talking about responsibility: who should be responsible when things go wrong? And so much of the anger, fear and lack of confidence around big systems – particularly financial institutions – is because of the lack of responsibility and accountability when things do go wrong.

RB People approach regulation in this top-down, hierarchical, linear fashion. You can see it with the Financial Conduct Authority trying to get its head around cryptocurrencies. You can’t apply the regulation that exists for existing currencies, so it requires a completely different mindset – not just what that regulation looks like, but how those regulations are enforced. I think one of the mistakes that we make is around how to create regulation that can be owned by the community. I don’t think we’ve really cracked this idea yet of self-policing and community moderation.

Q What can accountancy professionals do to increase trust?

RB My trust does not lie in a firm: it lies in an individual. Accountants understand risk because risk can be measured; they understand money because money can be measured. But you cannot think about trust in the same way. You can measure the traits that we talked about, but the idea that you can have a sort of trust barometer – well, you can’t measure a human belief.

"When people talk about trust, they’re often talking about responsibility: who should be responsible when things go wrong?"

A career based on trust

Why would you invite a stranger to stay in your home? Or hop in a car with a man you’ve never met? These are the questions that led Rachel Botsman to write her 2010 best-selling book What’s Mine Is Yours, co-authored with Roo Rogers.

The book was prompted by an interest not just in the economics but also in the trust issues surrounding shared economy businesses such as Airbnb and Uber. New digital technologies, Botsman argued, were enabling the rise of ‘collaborative consumption’, ushering in a new economy based on a changed perception of trust.

Since then, Botsman has explored those issues in greater depth, most notably in her 2017 book Who Can You Trust?, in which she discusses the concept of distributed trust (see opposite), and how trust in individuals and institutions is being decentralised.

Botsman has been named as one of the 50 most influential management thinkers in the world, a Young Global Leader by the World Economic Forum and one of Fast Company’s Top 100 Most Creative People in Business. She is a trust fellow at Oxford University’s Saïd Business School, teaching the world’s first MBA course on trust in the digital age. Botsman is now working on a new podcast series, Rachel Botsman’s Trust Issues, which launched last month.