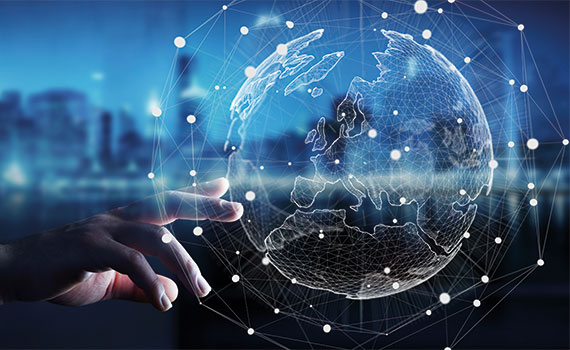 Global Ethics Day will fall on 17 October this year. It will be the fifth annual event organised by the Carnegie Council to encourage organisations to explore the role of ethics in a globalised world, including ethics in business. Last year, 60 organisations and individuals from 31 countries participated in a range of events that included lectures, workshops and classes.

As a profession, accountancy has always been ahead of the curve both in understanding the importance of ethics and in embedding ethical behaviour into practice. ACCA was the first accountancy body to add an ethics module to its qualification (in 2007); and its new Ethics and Professional Skills module, introduced in October 2017, was designed to ensure that ethics remain at the very heart of the qualification. The module’s focus on leadership, negotiation, conflict management, commercial thinking and scepticism, integrated into realistic business case studies, keeps the ethical skills of members relevant as business transforms in the digital age.

However, ethical behaviour in business is a moving target. The ethical dilemmas that an average accountant might have faced 100 years ago are not, at first sight at least, the same as those faced by the typical accountant in business today. In the world of instant communication and big data, the ‘right thing to do’ might not always be immediately apparent – which is why more and more organisations are putting in place an ethical framework (see ‘Ethics in the frame’, AB October 2017).

An ethical framework for accountants is not an innovation. Professional bodies worldwide base their own ethical frameworks on the international Code of Ethics for Professional Accountants, developed by the International Ethics Standards Board for Accountants (IESBA), which was set up as a committee of the International Federation of Accountants (IFAC – the profession’s global organisation) in 1977 and became an independent standards-setting board in its current form in 2005. IESBA is also the body responsible for ensuring that the ethical code followed by professional accountants remains relevant and robust over time.

IESBA continually and extensively consults and reviews each five-year strategy and work plan. Earlier this year it completed a major restructuring and revision of the code that will come into effect in June 2019 (see box). IESBA stresses that the new code does not change the fundamental principles of ethics, but adds: ‘Major revisions have been made to the unifying conceptual framework – the approach used by all professional accountants to identify, evaluate and address threats to compliance with the fundamental principles and, where applicable, independence.’

An IESBA consultative advisory group includes representatives from a wide range of interested organisations including the European Commission, the World Bank, the International Organisation of Securities Commissions (IOSCO) and the Organisation for Economic Co-operation and Development (OECD). The group has been closely involved in the review of the code, feeding its views and advice into the process. ‘Organisations have always found the ethical framework important, but what we are seeing now is an increased focus on the reporting structure around ethics,’ says Kristian Koktvedgaard, chair of the group. ‘There is a growing recognition that one party alone is not responsible for ethics.’

Ken Siong, IESBA’s technical director, adds that the changes to the code reflect the input of a wide range of stakeholders, including practitioners who use it on a daily basis, professional accountancy organisations that adopt it, and regulators that enforce it. ‘What we heard from all stakeholders during this latest review was concerns about usability and understandability. We needed to bring it up to date and into the daylight so it could be more consistently applied and better enforced.’

The changes bring together major ethical advances over the past four years but continue to reflect the code’s five fundamental ethical principles: integrity, objectivity, professional competence and due care, confidentiality, and professional behaviour. The principles approach, says IESBA chairman Stavros Thomadakis, is essential to the code’s durability and international operability.

‘Only principles-based standards can be applicable in many situations and achieve stability over time,’ he says. ‘The existence of pressure for change – which comes from changes in public expectation, the occurrence of audit and accounting failures, and technology – is a good reason to stay with a principles-based code. We will continue to consider those forces when we review the code, but we believe the five principles are a stable anchor.’

Siong adds: ‘It’s important that the fundamental principles of ethics are the driving force behind the code, especially in a profession as comprehensive in its reach as the accountancy profession. Accountants serve in many capacities and we can only capture that diversity through a conceptual approach with sound principles. The application of those principles requires the exercise of sound professional judgment.’

IESBA has already begun consultations for its next strategy and work plan, which will cover the period 2019–23, and the question of ethics in the digital age is expected to feature heavily in the discussions, along with the application of the concept of professional scepticism to accountants working outside of assurance. It promises to be an interesting and challenging debate – particularly when the ethics of artificial intelligence are added to the mix.

Koktvedgaard believes that the ethics debate will change, and that small steps in that direction have already been taken. He warns, though, against any assumption that new methods of doing business will automatically result in an entirely transformed ethical code. ‘At the moment it’s not easy to see what the real change of the digital age is. People don’t always recognise what is real change and what is just automation of existing processes,’ he says. ‘The debate is whether every technological development and initiative has to result in a change in the code, or whether the necessary principles are already in the code. We already have the answers to many ethical questions raised by the digital age – the underlying dilemma is the same, whether automation and technology is involved or not.’

Thomadakis adds that IESBA will need to remain focused and not get sucked into a wider debate about the ethics of robotics or artificial intelligence. ‘Clearly things will change in the digital age, and the prospects of machines acquiring experience, knowledge and applying judgment is something that gives anyone who is developing an ethics code cause for concern,’ he says. ‘But from our perspective the difference will come primarily in how the principles of the code are applied.’

But that in itself is not easy. ‘Every one of the list of principles in the code may be affected by the intervention of machines,’ Thomadakis says. ‘The principles apply to human minds and behaviour; we have to think about how they might be applied to machines.’

Wherever the debate lands, the code of ethics is one of the strongest around. Thomadakis, for one, would like to see its use replicated elsewhere: ‘During this review process, many people have been making the point that the ethical framework is something we would urge other professions, especially in the finance sector, to adopt so it becomes pervasive in financial practice.’

"The principles apply to human minds and behaviour; we have to think about how they might be applied to machines"

IESBA’s revised and restructured code clarifies how accountants should deal with issues of ethics and independence. It includes:

Clearer guidance on how accountants should think about addressing threats, including a new requirement for accountants to stand back and think about whether the actions they have taken resolve the issue or reduce the threats to an acceptable level

Stronger provisions for accountants in business and in practice alike on the offering and acceptance of inducements, including gifts and hospitality