European countries on the path to IPSAS

Countries across the European Union are adopting accrual-based accounting practices for public sector entities. We look at progress in four developing economies 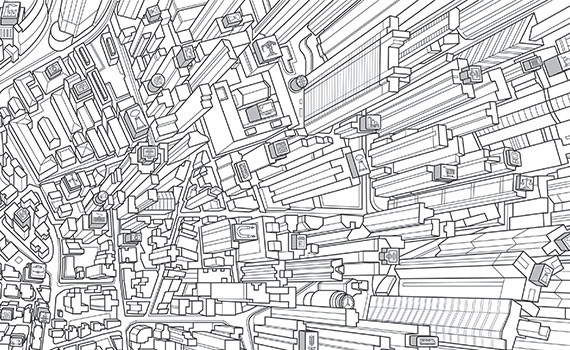 In 2015, the European Commission announced the formal adoption of European Public Sector Accounting Standards (EPSAS) in the EU. Its ultimate aim was to encourage uniform and comparable accrual-based accounting practices for all sectors of general government within the EU – seen as crucial for meeting the objectives of fiscal stability and deeper economic and financial integration within the European bloc.

EPSAS are the European equivalent of International Public Sector Accounting Standards (IPSAS) – accrual-based standards for the public sector. Just as the development of IFRS Standards have been credited with bringing greater transparency and international comparability to the financial statements of stock exchange-listed companies around the world, it is hoped that IPSAS will be able to transform and improve accounting and financial reporting across the public sector.

The EU announcement was a significant step in the growing acceptance of IPSAS. So far, more than 40 countries have adopted or are adopting the standards or their equivalent. But as a new report from ACCA shows, implementation from country to country varies enormously.

The report, IPSAS implementation: current status and challenges, tracks the use and adoption rates of IPSAS across the world. It concludes that while progress in developed nations is good, developing economies are lagging behind. The report highlights the difficulties that individual countries face in implementing the standards, from poor reporting practices in public sector organisations to a lack of necessary skills and expertise.

The experience of Europe neatly illustrates the point. The European Commission’s announcement did not specify the date at which each country will be required to adopt the standards. Some EU states had already decided to adopt IPSAS before the commission made its formal announcement, and many have already made substantial progress towards full IPSAS adoption. The UK, for example, has been applying accrual standards based on IFRS for a number of years.

In less mature economies in other parts of Europe, though, the picture is less clear-cut. A few countries have sought aggressively to adopt IPSAS-type standards since emerging from the former Soviet bloc, but progress in others remains slow. ACCA’s report assesses the journey towards accrual accounting in four countries – Estonia and Lithuania are the success stories while implementation in Latvia and Malta is a work in progress (see below).

Overall, the research reinforces the view that those countries that are still in the process of adopting IPSAS need to have a clear strategy in place, with realistic timescales, milestones and resources. Many of the challenges that countries adopting accrual-based standards have seen so far, the report adds, are closely related to broader change management and programme management issues; others are more basic, including inadequate IT infrastructure and poor record-keeping.

The report stresses that governments and their public sector entities are not alone in this work – the accountancy profession can, and should, help. If governments, the public sector and professional accountants work together, it argues, they could achieve a great deal in the journey towards more consistent accounting practices.

The swift and the slow: four developing EU economies

In 2009, Estonia decided that all state agencies should use one software platform to allow the country to consolidate and prepare national accounts, while introducing a number of shared services. Since then, a collection of electronic initiatives, including e-invoices and a self-service portal, have been introduced by the Ministry of Finance.

As a result, Estonia’s accounting under IPSAS is relatively mature, and the focus has turned to specific technical issues rather than overall financial management.

Estonia’s National Audit Office produces an annual report of the state. Recent reports have highlighted issues around delays in the consolidation process because of late sign-off by private sector auditors, and a lack of disclosure of the reasons for unspent funds being carried forward.

Latvia adopted accrual accounting for its public sector in 2007 and began IPSAS implementation in 2015. It is currently assessing IPSAS standards, with a view to adopting national standards based on them by 2019.

So far, it has experienced a few challenges along the way, including accessing research on other countries’ experiences of IPSAS implementation, and agreeing on a single approach where multiple options are permitted by the standards. On a more technical level, Latvia is also discussing how taxes and levies should be measured and recognised under IPSAS 23, as the country currently recognises revenue from taxes on a cash basis.

Lithuania, like Estonia, has fully adopted IPSAS-type standards across the country; the process was completed in 2014. All public bodies were instructed by the Ministry of Finance to adopt full accrual accounting from January 2010. There was resistance to change, but a careful and structured approach to implementation (which included issuing national standards based on IPSAS, public sector staff training and the creation of a centre to support implementation), along with EU funding, helped to smooth the process.

Lithuania still faces challenges. Consolidated national accounts have been qualified for various reasons, including underlying issues with some entities, technical problems over which entities to consolidate, the recognition and measurement of tax revenue, and accounting practices in some of the country’s municipalities.

Malta announced its intention to adopt IPSAS in 2012 and carried out gap analysis the following year as part of its implementation planning. The first steps towards conversion began in 2014.

There have been a few challenges along the way for Malta, including weaknesses in internal controls related to payroll payments, the collection of outstanding balances due to government, and qualified audit opinions of some local councils.