Post-election, what does the future hold for Malaysia?

Everything will change and largely for the better. This is what many Malaysians are anticipating in these heady days after the general election, says Errol Oh 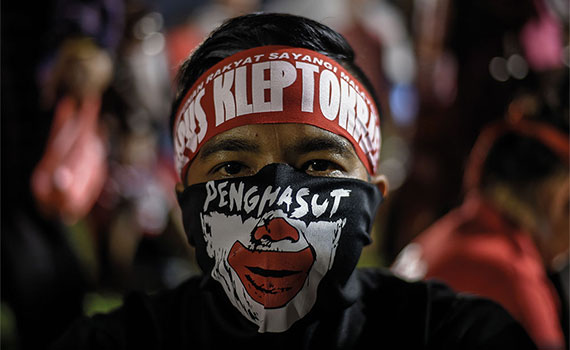 Pakatan Harapan (Alliance of Hope), a four-party coalition formed less than three years ago, sensationally ended Barisan Nasional’s six-decade run as the country’s dominant political force. People began talking about a new Malaysia or Malaysia 2.0. The wave of hope and renewal has swept through the business world as well.

To have a sense of how the new government is likely to run the economy and oversee the corporate landscape, we have to first understand why the majority of voters chose Pakatan Harapan over the other ballot options on 9 May.

Many Malaysians voted for change because they had lost faith in the previous government’s ability and willingness to deal with problems such as the rapidly rising costs of living and business; corruption, inefficiency and weak governance in the public sector; and social divisiveness.

A big bugbear was the Goods and Services Tax (GST), which has been widely blamed for people feeling significantly poorer than they had been before its introduction in April 2015.

In a pre-election report, the research arm of MIDF Amanah Investment Bank Berhad pointed out that the 14th general election (GE14) was the first time Malaysians would be going to the ballot box when the Malaysian Institute of Economic Research’s Consumer Sentiments Index was below the 100-point optimism threshold.

Pakatan Harapan responded to these concerns by offering to ’save this country and return it to the correct path’.

’We will cleanse Malaysia from corruption, malfeasance and kleptocracy and, at the same time, drive a sustainable economic growth so that the benefits can be shared by all, not just by a few people in power, ’ it stated in its election manifesto.

That proved to be a winning pledge. And now the electorate expects the government to make good on its campaign promises. In addition, business leaders and investors are anxious to see how different things will be in the new Malaysia.

In fact, the whole world is watching. The GE14 outcome is a tremendous advertisement for democracy and there is much interest in what happens next.

Pakatan Harapan chairman Tun Dr Mahathir Mohamad knows the importance of media engagement – after all, he was the country’s prime minister between 1981 and 2003, back when he led Barisan Nasional. In the first three weeks or so after polling day, he held a press conference or attended an event open to media coverage almost daily. The constant news flow provided an early picture of the government’s priorities and strategies.

On 10 May, the day he was sworn in as prime minister, Dr Mahathir confirmed that the GST would be abolished because ’we don’t need it’. Six days later, the Finance Ministry announced that goods and services with the GST standard rate of 6% would be zero rated from 1 June. The country will revert to the Sales and Service Tax system in September.

During the press conference, Dr Mahathir set the tone for the administration’s stewardship of the economy and public funds when he said that large projects proposed by the previous government would be studied and the terms renegotiated if necessary.

He added that ’a responsible government must try to reduce borrowings’, causing alarm on 21 May when he said Malaysia’s liabilities had exceeded RM1 trillion.

He has also emphasised the need to tighten government spending. Related measures include closing down political or non-essential agencies and terminating contract officers regarded as political appointees.

The government’s stand on the megaprojects was finally made clear on 28 May, when Dr Mahathir said Malaysia would not go ahead with the Kuala Lumpur-Singapore high-speed rail project because it would be too costly and the benefits underwhelming.

He doubled down on the fiscal prudence when, on 30 May, he told reporters that the proposed third line of the Klang Valley Mass Rapid Transit project had been scrapped too.

At the time of writing, the fate of the East Coast Rail Link has not been made known, but it is no secret that the current government is no fan of the project’s financial structure because of the deep involvement of foreign organisations and funding.

Governance matters announced after GE14 have also attracted a lot of attention, including the shape of the Cabinet, the setting up of the Council of Eminent Persons (CEP), the focus on institutional reforms and the changes in key senior positions in the civil service.

The Cabinet is to have about 25 members. In comparison, the previous government had 35 ministers.

In the past, there was a ministry to cover international trade and another for domestic trade. There is neither in Dr Mahathir’s Cabinet so far. Instead, Malaysia now has an Economic Affairs Ministry.

One of the surprising choices in the line-up is Lim Guan Eng as Finance Minister because it has been 44 years since a Malaysian Chinese person has held that portfolio.

The former Penang Chief Minister has a Bachelor of Economics from Australia’s Monash University and qualified as a professional accountant in 1983.

He brings to the table a degree of toughness and outspokenness rarely seen in a Malaysian Finance Minister. Already, Lim has publicly crossed swords with critics over issues such as the 1Malaysia Development Bhd (1MDB) corruption scandal and the RM1 trillion debt.

Established to advise the government on economic and financial matters over the first 100 days, the five-person CEP is an unorthodox element, the justification for which is that it is needed to make up for the Cabinet’s overall lack of ministerial experience.

In the CEP are the previous central bank governor; a businessman and former Finance Minister who has long been Dr Mahathir’s go-to guy on economic matters; a former CEO of national oil corporation Petronas; a tycoon with strong connections in China, often called Malaysia’s richest man; and an internationally respected economist.

Is it any wonder that it has been nicknamed the Jedi Council? Certainly some Star Wars wisdom would come in handy to balance the disparate demands the government faces in managing the economy.

Though popular with the man in the street, measures such as doing away with the GST and bringing back fuel subsidies are of concern because they will not help to narrow Malaysia’s budget deficit.

For example, Moody’s Investors Service says the removal of GST is credit negative because ‘it increases the government’s reliance on oil-related revenue and narrows the tax base, straining fiscal strength’.

This is assuming there are no fiscal countermeasures; however, on 17 May, the Finance Ministry said the revenue shortfall arising from the abolition of the GST ‘will be cushioned by specific revenue and expenditure measures that shall be announced in due course’. ‘Fiscal responsibility, transparency and governance will be a paramount consideration in rolling out the fiscal reform,’ it added.

These are words worth bearing in mind as the government works at chipping away the current uncertainty over economic and business policies and tries to come up with fresh and effective ways to address the challenges of ruling Malaysia.

"The whole world is watching. The GE14 outcome is a tremendous advertisement for democracy and there is much interest in what happens next"

Just about everything we need to know about how the Malaysian economy will be managed over the next five years is within the 150 pages of Buku Harapan (Book of Hope) – Pakatan Harapan’s manifesto for the 14th General Election.

Crafted to woo voters, campaign promises are notoriously brittle. But given how quickly and firmly the new government has moved to realise key elements of the manifesto, the book can be a rough guide to how Putrajaya will make policies and decisions in the months to come.

The coalition’s agenda is built on five objectives: lightening the people’s burden; institutional and political reforms; spurring sustainable and equitable economic growth; returning Sabah and Sarawak to the status accorded in the Malaysia Agreement 1963; and creating an inclusive, moderate and globally respected Malaysia.

The manifesto has 60 promises. In these early days, all eyes are on the 10 that Pakatan Harapan says it will fulfil within 100 days of forming the federal government.

Promise number one is to abolish the GST and ‘take steps to reduce cost of living’. A big move in that direction was the reduction of the GST rate from 6% to zero on 1 June.

Next comes the promise to stabilise the price of petrol and introduce targeted petrol subsidies. So far, this has been met halfway, with the announcement on 16 May that pump prices for petrol and diesel would no longer be set on a weekly basis.

Number 10 on the list is the promise to initiate a comprehensive review of all megaprojects awarded to foreign countries. That, too, is underway and already a few projects look likely to be shelved.

According to the relevant ministers, work has begun on the rest of the 100-day commitments, such as Employees’ Provident Fund contributions for housewives and allowing graduates earning less than RM4,000 to postpone repayment of government education loans.