Use emotional intelligence skills to stand above the crowd

You may tick all the boxes in terms of traditional indicators of intelligence, but tapping in to the ‘EQ superpower’ can elevate you above others, says Dr Rob Yeung 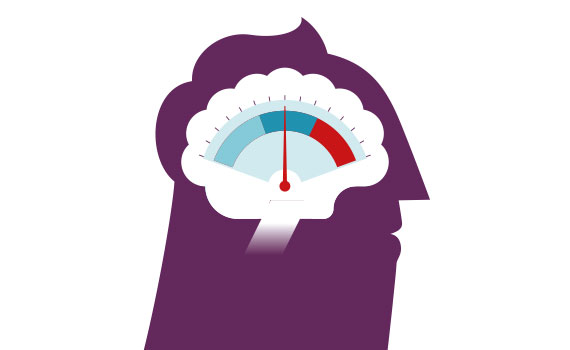 There is a lot of talk and many words written on the  topic of emotional intelligence (EQ). But is its supposed importance actually supported by real evidence?

Consider for a moment the skills that lead to success for partners in large professional services and management consulting firms such as PwC, KPMG or the Boston Consulting Group. (Full disclosure: I worked as a consultant for two years at BCG). In a major study, researcher Richard Boyatzis worked with the human resources department of one such firm to identify the skills and behaviours that led to exceptional performance in the firm’s senior partners. At the time, the firm had around 3,000 partners worldwide. For the sub-sample of senior partners under study, average annualised revenue per senior partner was US$2,438,000, with an average gross margin of 57%.

After tracking the financial performance of the senior partners for seven successive quarters, the researchers found that several cognitive skills, such as knowledge and pattern recognition, were not meaningful predictors of high performance. Of the 14 skills that predicted senior partners’ financial performance, 13 (93%) were to do with emotional intelligence and only one to do with cognitive, traditional intelligence.

The study suggests that traditional intelligence measures are necessary but insufficient for truly high performance. So yes, you need to pass exams, gain qualifications and continue to gather knowledge about your discipline, the competitive landscape and the world; however, all of that only gets you in through the door. To truly elevate yourself above those around you, you must hone your emotional skills.

The identification of the skills that comprise EQ is often credited to Yale University’s Peter Salovey and the University of New Hampshire’s John Mayer in the early 1990s. Since then, most organisational and performance psychologists, including me, continue to define emotional intelligence as the ability to recognise, understand and use information about emotions in oneself and others. In terms of developing these skills – whether in salespeople or accountants, hotel managers or teachers – I break them down into the following four components:

The implication: it helps to be smart; it helps to have a winning personality; but emotional intelligence really does make a meaningful difference, too.

Why do so many people continue to smoke cigarettes, drink too much alcohol, never get off the sofa, or eat fatty and sugary foods? The reality is that they almost always understand the factual arguments against such behaviour perfectly well but continue because of the emotional benefits conferred. The same is true in the workplace: colleagues may understand a factual argument but stubbornly resist because they don’t feel it’s right for them. Emotions trump logic.

In practical terms, emotional intelligence is all about controlling and using your emotions to achieve desirable outcomes, but before you can control and use emotions, you must first have a good understanding of them in yourself and in others.

When I give training on leadership and emotional intelligence, I sometimes recommend undertaking a ‘FAR’ exercise for developing an awareness and understanding of emotions:

Feelings. At several points throughout each day for a week, put a name to your emotions, whether they are positive, negative or a mix of both. It’s possible to feel more than one emotion at once, so aim to name them all. For example, you may feel pride i a friend’s achievement, envy that it did not happen to you and worry that you are behind with your own goals. Evidence suggests that people who have a large emotional vocabulary – who are more able to distinguish between subtly different emotions – are usually more able to control them.

Actions. Write down how the mix of emotions led you to behave. For instance, did you sulk and withdraw from the situation? Did you make snide comments? Did you belittle the other person’s achievements to make yourself feel better? Or did you simply end up procrastinating?

Response. Write down what in theory would have been a more adaptive, beneficial action that you should in hindsight have taken.

You could try performing a similar exercise with clients and other stakeholders. After important meetings, spend a few minutes listing the emotions that you detected in other people during your interaction with them. This will enable you to develop a more nuanced understanding of other people’s emotions.

Technical and ethical (TEQ)
The skills and abilities to perform activities to a defined standard while maintaining the highest standards of integrity, independence and scepticism.

Intelligence (IQ)
The ability to acquire and use knowledge: thinking, reasoning, solving problems and the ability to understand and analyse situations that are complex and ambiguous.

Emotional (EQ)
The ability to identify your own emotions and those of others, harness and apply them to tasks, and regulate and manage them.

Vision (VQ)
The ability to predict future trends accurately by extrapolating existing trends and facts, and filling the gaps by thinking innovatively.

Experience (XQ)
The ability and skills to understand customer expectations, to meet desired outcomes and to create value.