Make the most of your personality

With research concluding that work can change employees’ personality, it makes sense to start exploiting this characteristic. Nicola Davies explains how 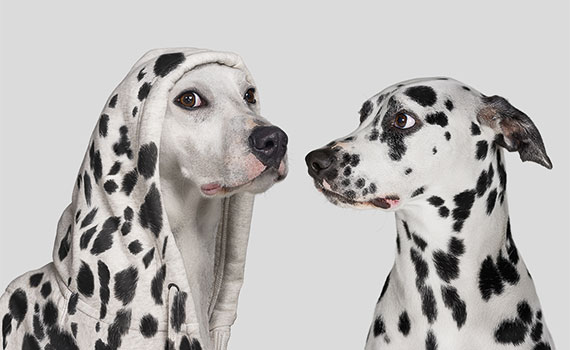 According to the latest figures from the Organisation for Economic Co-operation and Development, individuals spend an average of 1,744 hours a year at work (ranging from 2,257 in Mexico to 1,419 in Norway). We all know that spending so much time in a single environment can impact us in numerous ways, but can work impact our personalities – the very core of our being? Recent research suggests that indeed it can.

Personality is assumed to be an unchanging characteristic, which is why many organisations use personality and psychometric tests to predict how good a fit an applicant is to the position. The notion that personality is static is backed up by the existence of five personality taxonomies that are believed to be basic character dispositions that endure through adulthood:

However, research has indicated that personality is, in fact, a fluid and dynamic construct, changing over the course of time as a result of a range of factors, one of which is work.

‘The evidence for the development of personality traits comes from three lines of research,’ says Stephen Woods, professor in work and organisational psychology at the University of Surrey in the UK. ‘The first examines normative development, which is the change in personality traits that accompany maturation.

‘The second has looked at how individual experiences lead to individually specific change. These studies show, for example, that unique work experiences have a specific impact on how traits develop.

‘The third looks at the role of interventions, showing that non-clinical traits do change and develop because of clinical intervention.’

Changes to personality are generally a response to changes in social roles, and work plays a very big part in people’s social lives.

Changing with the job

When personality traits are viewed as dynamic, they can be a powerful tool for continued development in the workplace – and even thriving in the workplace. Woods says: ‘The concept of thriving is incompatible with a static view of individual differences and characteristics because thriving emphasises growth and learning. I think that when we hire someone because they fit the job, we need to keep in mind that the fit is not static – the job will change, and so will they.’

The demands-affordances transactional model of personality trait development at work plots the multiple workplace factors that can influence changes in personality. It has three fundamental facets:

The results of the demand-affordance transaction also impact demands and affordances. Woods explains: ‘People who have high demands and low control, for example, tend to increase in neuroticism over time.’

To illustrate this further, if a person has a job with a high level of responsibility but does not receive adequate support, then they may experience high levels of anxiety, stress and distress. Motivational elements in the workplace, such as bonuses and promotions, influence how individuals respond to demands and affordances, thereby impacting personality as well.

Humans are geared towards psychological growth, and this need for growth is primarily responsible for most personality changes. In this respect, personality change at work can be perceived as a developmental mindset linked to resilience, low stress and achievement.

Research indicates that even modest personality change as a result of workplace demands and contingencies can have a profound, positive impact on an individual’s career growth. Some research even shows that an individual’s income may be reflected in their job-personality: the better the fit of personality traits with those that are ideal for the job, the higher the income.

It is good news that personality isn’t static. It complements our innate human need for growth and self-development. It also gives us the opportunity to improve our person-work fit, so that work becomes more than just a place we have to spend eight hours or more a day, five days a week; it becomes instead somewhere we can thrive.

"When we hire someone because they fit the job, we need to keep in mind that the fit is not static – the job will change, and so will they"

Keep close those who bring out the best in you. Spend time with colleagues who have a positive impact on your personality. If Jane brings out your conscientiousness and Derek your neuroticism, spend more time with Jane.

Divide and conquer. Diffuse positivity into your environment by surrounding yourself with people, quotes, pictures and items that make you feel good and bring your agreeableness to the forefront.

Learn from others. Look for the strengths in others and establish how you can learn those skills or traits. Perhaps you admire Sarah’s openness to experiences. Which workplace tasks will bring out some of your curiosity, and how can you get more of these tasks?

Self-develop. Spend some time on introspection to explore any personality traits you wish to improve or build on.

Wholesome wellbeing. Focus on wellbeing outside of work – regular exercise, nutritious eating and kindness towards others – as this will generate a positive outlook that you can take to work with you.

Increase your autonomy. Find ways to demonstrate self-motivated actions, such as suggesting an improvement to an existing work process.