Accountants as moral arbiters for SMEs

It is the role of professional accountants to be the moral arbiter and to set an ethical example for SMEs that are short on resources, believes Shakil Butt FCCA 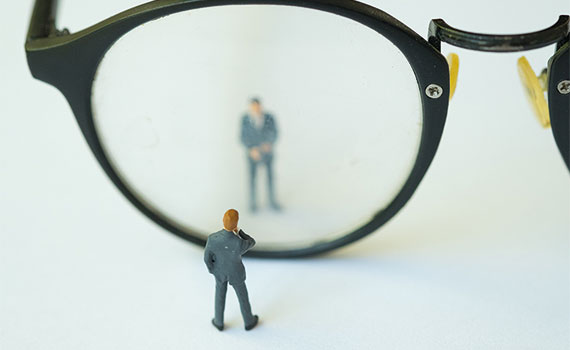 There was a joke from my early days as a junior accountant in which a number of accountants applied for a role where they were presented with some figures and asked to report back on them. After running the numbers through some spreadsheets, the applicants presented a financial report depicting varying degrees of financial loss depending on how they treated certain items. This happened in all cases except one, when the applicant asked the interview panel: ‘What do you want the report to say?’, to which the interview panel responded: ‘You can start on Monday’.

It was a joke told by accountants to other accountants of a bygone age wherein they themselves might be regarded at worst as being immoral or at best just presenting a financial narrative or being just a bookkeeper – reporting the numbers and turning a blind eye to what went on in the organisation. That was then. Perceptions (and actuality) have changed considerably over the last two decades, with the professional accountant now being in the best position to champion ethical behaviour.

Ethics should sit with everyone across the length and breadth of the organisation, but it is often the senior leadership team that has responsibility for creating a workplace culture, encouraging people to behave in a morally correct manner in the pursuit of organisational objectives while living its stated values. In reality, ethical conduct is addressed through a number of departments such as finance, HR, procurement and internal audit. But in the case of SMEs, which tend not to have such a plethora of functions, the accountant’s role becomes critical in promoting ethical behaviour.

The view that an accountant is just meant to report the numbers is outdated and an injustice to the value an accountant brings to organisations.

The mantra from my student days was that an accountant needs to ‘be and be seen to be’ beyond reproach. We are schooled to uphold the name of our professional body by acting in an upright manner, with integrity and professionalism. Similarly, as an accountant, it is reassuring to know that my professional body will back me if I feel I need to raise a concern over something I regard as being questionable, dubious or unethical.

After the CEO, the CFO is often the most visibly important person in organisations, the go-to adviser for many senior leaders, regarded as the level-headed one in the room, armed with insights that feed into the decision-making process. We bring great value by reporting on the past year, giving real-time information on the here and now, as well as financial modelling and forecasting what the future will look like.

This secures the accountant their place in the boardroom, but this privilege also comes with opportunity, or to put it another way, ‘with great power comes great responsibility’ – if necessary, in this case, to protect the organisation from itself. The accountant can not only help shape ethical practices by instilling policies and processes that support ethical behaviour but also by having scrutiny that transcends the numbers.

A reflection of people

As the former accountant of an organisation, I used to believe completely and utterly that I was well positioned as its most important function. I regarded the accounts as being the organisation’s heart, because everything that happened happened through my department. I had line of sight of all the money coming in and going out. I saw every expense and every supporting document.

I have since come to realise the numbers are just a reflection of the people and the way they conduct themselves in their roles, ethically or otherwise. We accountants have a unique window into the organisation that few get to look through.

Every accountant is a witness to what goes on in their respective organisation, and in my case it gave me at the very least a sense of who was frugal in their spending and who was extravagant.

One example was the distasteful practice among some staff competing with one another to buy the latest phone handset, which, while budgeted for, was not necessary. It was a symptom and a practice of self-indulgence and out-of-control egos. Another example was the manner in which certain individuals would claim expenses that clearly were for personal items but had been signed off by their line manager, indicative of either poor management or favours being given to staff members.

As accountants, we are trained to focus on the bottom line, to maximise return for stakeholders, minimise losses and safeguard the assets of the business. By extension this includes ensuring businesses behave ethically, as to do otherwise can be costly, whether this is through increased employee relations issues distracting staff from their work or expensive tribunal claims or, worse still, a PR disaster when the issue becomes public knowledge. Something that impacts the organisation’s reputation and ability to do business is clearly no joke.

The enlightened accountant is therefore indispensable to their workplace. They understand that numbers alone do not always represent the greatest value to an organisation, and when they add the ethical dimension to their role, they really do add up to more than the total of their component parts.

Shakil Butt FCCA is an HR and leadership professional.