The finance function can shift the approach to innovation in the public sector from incremental to radical, collaborating with others to achieve sweeping change 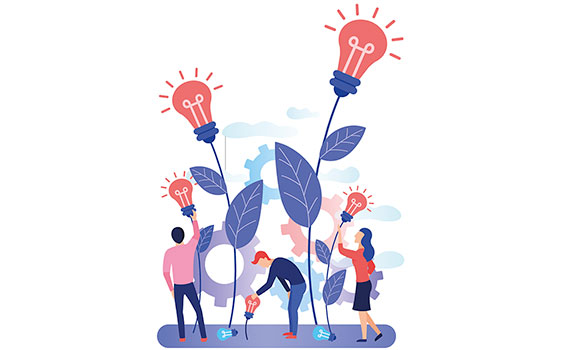 If you were to ask someone to choose three words that they associate with the public sector, it is unlikely that ‘innovative’ would be one of them. Yet a new report from ACCA makes clear that the public sector’s reputation as an innovation laggard is really something of a myth.

The report, Innovation in public finance, acknowledges that governments across the world face a dizzying array of challenges, not least technological disruption and an alarming fall in public trust. In many countries, the public sector is being asked to meet rising expectations, often on a falling budget. In this context innovation is vital, the report points out, because it responds to the core question of how to do more with less.

Experiments in the public sector with various proxies for market-driven efficiencies have had mixed success. Innovation, it seems, is the best hope for delivering service quality and public value. And finance professionals will play a vital role in delivering that innovation.

The report, which drew on an online survey of more than 4,400 ACCA members around the world, shows that the reality of innovation in the public sector is far removed from the perception. An overwhelming 91% of members working in the public sector said innovation (whether relating to people, data and technology, or processes) had taken place in their organisation during the past 12 months – little different from the 91% figure reported for members in the private sector.

These results, though, require some analysis. The report points out that the high prevalence of perceived innovation across the public and private sectors can be explained by the dominance of incremental innovation, rather than radical or transformative innovation. Although when people talk of innovation, they generally have radical innovation in mind, it is the combination of comparatively minor changes that, in reality, accounts for the majority of innovation today.

The survey’s respondents agreed that governments need to shift to more radical forms of innovation as the best response to the challenges facing the public sector. The finance function, argues the report, has a critical role to play in this transition for three reasons:

These conclusions are supported by the research. Nearly 90% of survey respondents said that their organisation’s finance function was involved in the innovations that had taken place in the past 12 months. This figure rose to 93% among those undertaking radical innovation in the public sector.

The report argues that the role of finance enables innovation in government in two distinct ways. The first is its support for the delivery of process improvements within the sector, achieving more value with less. The second way is by helping to develop new ways of using public funding and investment to promote and encourage enterprise. The key to success in both routes, the report adds, is collaboration. The research found that 45% of public sector radical innovators cited collaborative teams and strong team working as essential in supporting innovation in the organisation.

Radical ideas often begin at the periphery, or through engaging a broader group of stakeholders involved in a programme or service; the power of connections can translate these ideas into concrete actions. The research showed that 55% of finance professionals worked jointly with other teams to achieve innovation in the public sector, with the figure rising to 62% when the sample was limited to radical innovators.

So how can innovation best be encouraged in the public sector? The report argues that shifting the balance towards a more radical approach to innovation requires organisations to build on the following three foundations:

Policymakers and finance professionals themselves both have a key role to play in building these foundations, adds the report. If governments are to effect a shift from the current dominance of incremental innovation to more radical types of innovation, for example, then policymakers and public sector leaders need to share a vision and strategic direction so that staff have an understanding of how the organisation can proactively respond to complex challenges. And to build an effective collaborative effort, public finance professionals have to work with business partners to connect across the organisation and help to shape a culture of innovation.

The report includes a number of case studies from across the world that show the variety of approaches being taken by finance professionals to encourage innovation in the public sector. The examples include an experiment with universal basic income in Finland, and self-managing community care teams in the Netherlands.

It is clear that there is already a great deal of work under way. This spirit of collaboration and connection must continue if the transformational change that is required to meet the challenges that are faced by the public sector is to be delivered.