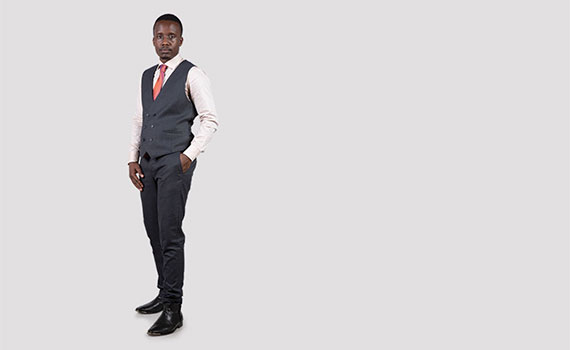 Thirty years ago this February Nelson Mandela stepped out of a South African prison after 27 years of confinement. In a speech on receiving the Freedom Award from the National Civil Rights Museum in Memphis, Tennessee, in November 2000, he declared: ‘Where globalisation means, as it so often does, that the rich and powerful now have new means to further enrich and empower themselves at the cost of the poorer and weaker, we have a responsibility to protest in the name of universal freedom.’

He went on to say that freedom was devalued when people lacked the dignity that came with a decent quality of living. The challenge for the freedom fighters of the 21st century is therefore to alleviate and eradicate poverty.

Two decades later, and despite socio-economic advances in Africa and elsewhere, the gap between rich and poor remains an issue. Poverty persists in developing countries and income inequality continues to rise in developed countries.

As a way to narrow the gap, governments, politicians and civil society groups around the world have been experimenting with a universal basic income. A universal basic income is an unconditional, guaranteed cash benefit paid out to all individuals to finance a minimum standard of living for every citizen. It enhances freedom by allowing people to make material decisions as well as expanding their range of choices.

In the US, Democratic presidential candidate Andrew Yang has espoused the idea, making it a central plank of his campaign. The ‘freedom dividend’ he envisages would pay US$1,000 a month to every US citizen over the age of 18.

No study has evaluated the long-lasting effects of a universal basic income – simply because all implementations so far have been pilots or of limited duration. For example, in 2017 Finland launched a two-year pilot scheme that paid a monthly sum of €560 to 2,000 unemployed individuals even if they found work during that time. Initial findings suggested it had a positive effect on wellbeing but a negligible effect on employment rates.

Meanwhile, in Canada a two-year plan to offer basic income to 4,000 low-income earners was cancelled after just a few months following a change of government.

Then there was a US$10m project in Kenya, led by GiveDirectly, which gave a total of US$1,000 over eight months to each of 10,500 households across 328 villages. A 2019 evaluation report suggested that the cash transfers amounted to 15% of local GDP over the peak 12 months of the programme, heavily impacted the consumption and assets of recipients, and had a large spillover effect on non-recipients’ households and businesses.

Other basic income experiments have also reported positive wellbeing and public health outcomes, but clearly more work is required before a universal basic income can be labelled a solution to eradicating inequality – and poverty. Mandela, though, would no doubt have approved of the efforts so far.