Our 2019 ethics film festival focuses upon the power of ethics in the digital age and features a selection of films that showcase real-life ethical challenges.

While we’ll host screenings in Singapore and Hong Kong SAR, we’ve created reviews and viewing details for each film and shared these below.

We invite you to celebrate global ethics day by streaming one, or all of these films. 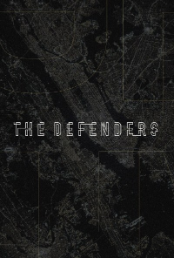 Any idea when the word 'hacking' was first coined? No, I didn’t either. But I do now, thanks to this fascinating short film. The Defenders champions those whose job it is to protect companies and institutions against the ever-growing number of cyber threats. As you can probably guess, they have one hell of a job on their hands.

‘If you can build it, it can be hacked – there is nothing that is 100% failsafe,’ says the CIO of MUNI, San Francisco’s transport system. Its entire system was breached and made free to the public back in 2016 with the hackers demanding $73,000 to hand the reins back.

Apparently, the real game-changer came with the cyber attack on Sony Pictures by North Korea, demanding the withdrawal of its film The Interview. It’s cited as the first destructive cyber-attack against the US. ‘The next war will be fought without a single bullet being fired, with one country shutting down the power grid in another country,’ warns Dr Sanjay Sarma, vice president for open learning at Massachusetts Institutes of Technology (MIT).

Like accountants, the defenders rarely get the credit or attention they deserve for keeping society and its financial systems ticking along nicely. It’s only when something goes wrong that they hit the headlines, and for all the wrong reasons. And just like CFOs that must be able to communicate the complexities behind the numbers to the board, so too must chief information security officers assess highly esoteric systems, discover flaws and then translate them into business-speak.

The film does a good job of giving a behind-the-scenes glimpse at what is a notoriously complex and jargon-filled subject. Which brings us back to ‘hacking’. It was first coined way back in 1955 in the monthly minutes of MIT’s model railway club. Members were told to turn the power off to avoid blowing a fuse when 'working or hacking' on the club’s electrical system. The stakes have certainly got higher.

Stream the film from cybereason.com

Do you trust this computer? 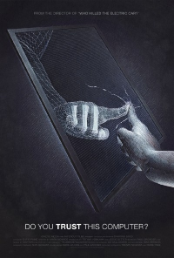 ‘The robots are coming and they will destroy our livelihoods,’ a speaker intones ominously at the start of this slick, high-budget documentary tackling the rise of artificial intelligence (AI). It starts bleak and is almost apocalyptic by the end.

‘AI and automation will provoke a greater divide between the haves and the have-nots, and it’s working its way into the middle classes and white-collar jobs,’ says another expert, stating the somewhat obvious. We all know the huge effect it has had on the accounting profession.

Some of the robotics examples are simultaneously riveting and unsettling: a human-sized machine does a somersault from a standing start; a creepy spider-like robot with four legs gradually learns to walk with three when one is deliberately broken.

More abstract, but no less disconcerting is Google’s Deepmind, a semi-independent subsidiary of the search engine giant that’s entirely focused on creating a digital super-intelligence. Deepmind’s AI has administrator-level access to Google’s massive array of servers and, if you believe the always reliably gloomy Elon Musk, this could be an unintentional Trojan horse. With a little software update, this super AI could take control of the whole of Google’s systems, he warns, and then who knows what it could do.

A large segment of the film, and where it gets really scary, tackles the development of autonomous weapons. ‘As it’s currently constructed, the road that AI is following heads off a cliff, and we need to change the direction so we don’t take the human race with it,’ declares another specialist.

If the old song is right and money really does make the world go around, the 2010 US Flash Crash covered in the film gives us a little taster of the full horror lurking around the corner. In 36 short minutes a trillion dollars was wiped off the stock market.

At the point of the crash, more than 60% of the trades taking place were being initiated by computers. Algorithm responded to algorithm and the carnage was compounded over and over again. As the film points out, there is simply no regulatory body that can adapt and react quickly enough to prevent the potentially disastrous consequences of AI going rogue in our financial systems.

And speaking of regulation and control, Musk sees the least scary future is one where we’ve at least democratised AI, so it isn’t left to one elite, very intelligent, small group of people obsessively pursuing it at all costs. The film closes with the message: ‘The pursuit of artificial intelligence is a multibillion dollar industry with almost no regulations.’

Which brings us back to a profession that knows all about regulation. As machines and AI take increasingly bigger bites out of our accounting and finance skillsets, it comes as cold comfort to be told on the ACCA website that we still bring some very valuable skills to the table in this brave new data-enabled AI world. Especially when a film like this tells you that a whopping digital boot could kick the whole table over anyway.

Do you trust this computer? is available on itunes or amazon. If you ever doubted the devil is in the detail, watch this compelling and deeply unsettling film. It’s hard to know where to start with Terms and conditions may apply, packed as it is with details that will have you exclaiming under your breath in disbelief and looking round for somebody to tell.

It tackles the issue of online privacy and the information governments and the likes of Google, Facebook and LinkedIn are legally taking from us. We’re all guilty of blindly ticking boxes that say we agree to terms and conditions when buying a product online or booking a flight. But just what are we agreeing to?

In 2009, the UK’s Gamestation store hid the following in its online small print for a day: ‘By placing an order via this website, you agree to grant us a non-transferable right to claim, now and for ever more, your immortal soul.’ It was a joke, but 7,000 people unknowingly agreed. You can hardly blame them - it’s been estimated it would take a month out of every year to read everything to which the average user agrees.

With its strong US focus, the film essentially asks the question: what if the data collection allowed by the US Patriot Act, introduced following the 9/11 terrorist attacks, became the foundation of a whole new business model of the modern internet. It then goes on to show how in many ways it already has, with governments and corporations around the world harvesting and using our data in all manner of covert ways.

As accountants we’re taught that privacy is one of the cornerstones of the profession, but what do you do when experts line up to tell you that privacy is essentially dead in the modern online age? Frank Heidt, lead hacker and CEO at Leviathan Securities, uses the old amphibian metaphor: ‘Put a frog in boiling water and turn the heat up slowly and it won’t know it’s boiling to death. We’ve been opting in to all this a centimetre at a time, but pretty soon, we’ll look behind us and wonder how we got here.’

The whole film got me a bit heated too. Not surprising when you find out that navigation specialist TomTom sold driving data collected from its customers to the police so it could then issue them with speeding tickets more efficiently. I came away feeling, yes, governments and enterprises need a certain level of information about their citizens and customers to protect and serve them better, but hasn’t this gone way too far? And why did I have to agree to sign up to Vimeo and hand over my email address – yet again – to watch an admittedly splendid documentary that lifted the lid on all this?

*There’s a 50% discount for the first 500 members who watch Terms and Conditions may apply through Vimeo using the code ACCADISCOUNT before 31 October.

**Reviews carried out by Dean Gurden