With many firms failing to tackle the Jekyll and Hyde characters in the leadership team, it’s time for more robust performance reviews for those at the top, says Derek Smith 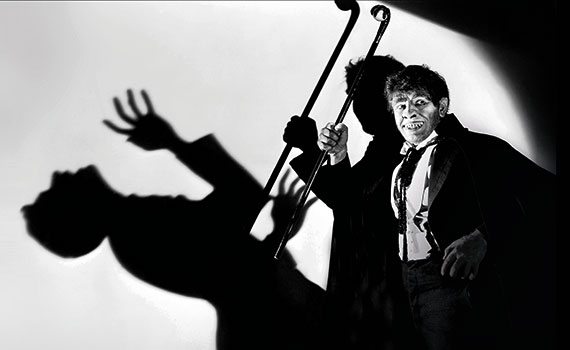 I sometimes wonder if, when the Scottish author Robert Louis Stevenson first penned The Strange Case of Dr Jekyll and Mr Hyde, it was an accountant rather than a lawyer who was at the centre of the piece. The 1886 work is about a lawyer, Gabriel John Utterson, who investigates strange occurrences between his old friend Dr Henry Jekyll and the evil Edward Hyde. The real impact of the work is that it has become a part of the language, with the very phrase ‘Jekyll and Hyde’ coming to mean a person who is vastly different in moral character from one situation to the next.

There are many accountancy practices where at least one member of the leadership team is viewed by the others as ‘difficult’ or ‘a problem’. The most common theme is that little or nothing has been done to address the issue. Key to any leadership model is the need to get buy-in to the strategy or vision, and to act as a role model for the behaviours framework of the organisation. Yet often the difficult individuals fall outside of the normal checks and balances that are there to ensure that this doesn’t happen.

In many firms the leadership does not necessarily conform to the established systems used by the rest of the team, or appraisals of the leadership team either exclude the most senior members or pay lip service to the process.

While rightly proud of their technical skills, all too often leaders appoint themselves to the reviewing role with little or no understanding of the process. Rarely have they received any real training in how to undertake such reviews, and rarely as a result do they achieve the benefits they seek.

The outcome of this is that any form of change is more challenging, as the firm is not necessarily changing in a uniform fashion. For many firms the transition to online forms and processes or the adoption of new standards is rendered far more difficult because of the disparate systems and approaches that are in place.

Successful firms are those that create and maintain sustainable financial performance. They also normally create and maintain a learning environment. These are traits that rely heavily on the impact of leadership teams who recognise that the real imperatives for success are that individuals are prepared to surrender their individuality and create an environment of interdependence rather than independence. Only then can they achieve synergies and leverage.

To achieve this requires valuable and productive feedback and development plans for all in the leadership role, as well as the rest of the team. This is a key element in the achievement of real success and yet is so often neglected or not fully exploited in practice.

That we live in changing times is pretty self-evident – for the profession, this means not only technological developments, but also a significant change of approach to our major asset: our people. Today, transparency and personal involvement are essential ingredients in capturing the imagination and talents of a contented and productive team.

Ongoing success will only be achieved by those who recognise the need to ensure their teams are developed, motivated and energised, and understand that this will not happen with lacklustre and autocratic leadership styles. The habits and behaviours of the past will no longer be acceptable if they do not stand up to reasonable scrutiny.

There’s a real need for perspective and this depends, among many other factors, on recognising the changes that are taking place. They need to be reflected in the performance review process, particularly for those involved in leadership roles. The essential style and nature of the leadership role has frequently changed in terms of the structure, governance, strategy and service offering of practices, and yet many have done little or nothing to ensure this is reflected in the behaviour and approach of the leadership team.

Often only lip service is paid to the task of reviewing or appraising partners or leaders at a senior level – while the most junior member of the team is reviewed comprehensively on a regular basis.

For some, the explanation is that partners or leaders are too small a group, or that their relationships are too close, to review individuals effectively. In these cases, external consultants can be useful. The objective input of an independent third party can help resolve issues that haven’t been addressed for years.

While Jekyll and Hyde might be a suitable description of the behaviours of some in leadership teams, perhaps a greater concern is the danger of creating a Frankenstein model. In this case, the body (the team) is only poorly connected to the head (the leadership team), with those at the head not being part of any review process.