As new forms of cryptocurrency continue to appear daily, the issue of how to account for them using existing frameworks will become increasingly problematic 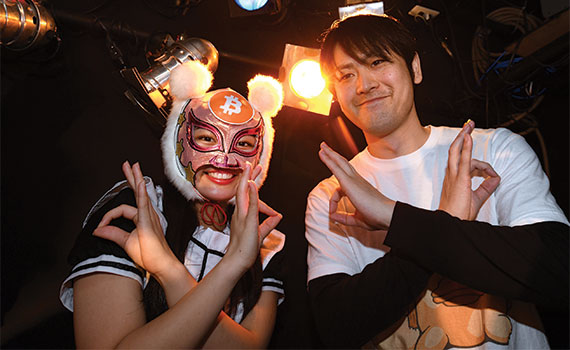 In just five years the market for cryptocurrencies – a form of exchange that does not exist in physical form and is not backed by any government, central bank, legal entity, underlying asset or commodity – has exploded. Bitcoin, first created in 2009, is the best-known example, although there are now estimated to be more than 1,000 different cryptocurrencies in circulation globally.

Cryptocurrencies can be traded on exchanges; new cryptocurrencies or tokens can also be issued by ventures as a means to raise funds, known as initial coin offerings (ICOs). Unlike traditional shares, which give investors a stake in a company, tokens or coins give holders access to the products or services the company is developing. But the project is typically at a very early stage and may be no more than a ‘white paper’ setting out an idea at the time of the ICO.

Although ICOs have been taking place since 2013, the sector has grown exponentially in the past year, with an estimated US$3.04bn raised through the mechanism in the first 10 months of 2017, up from just US$222m in the whole of 2016, according to Autonomous Research.

‘The ICO industry has matured very rapidly in the past six months, and much of the global activity is taking place in Asia,’ says Henri Arslanian, PwC’s China and Hong Kong leader for fintech and regtech. ‘Six months ago, it was two guys in t-shirts doing a white paper in a garage; now a lot of established companies are doing ICOs or exploring entering the crypto space.’

He adds that most serious ICOs now have proper governance and ‘know-your-customer’ frameworks in place, while they work with top law firms to get legal and tax advice.

But Arslanian thinks the sector has passed the point of no return. ‘Cryptocurrencies are here to stay and we are moving more and more towards a world where assets will be tokenised and crypto economies will play a bigger role,’ he says.

The rise in interest in cryptocurrencies and ICOs is leading to new investors entering the space, not least because of the potential returns that can be made. The price of bitcoin has soared from under US$20 at the beginning of 2013 to a high of just under US$20,000, while ether, another common cryptocurrency that operates on the Ethereum platform, has jumped from around US$1 to a high of US$1,000 in just over two years.

‘Six months ago, people investing in ICOs and cryptocurrencies in general were high-net-worth individuals and to a certain extent family offices,’ Arslanian says. ‘Now we are seeing interest from more established institutional players as well. There is a lot of interest from hedge funds and fund managers who are launching their own cryptofunds.’

Many companies doing ICOs are actually outside the financial services sector. Arslanian explains that this trend is not just because they want to raise funds but also because they want to create their own tokenised ecosystem of products or services. The majority of businesses do not yet accept payment in cryptocurrencies but that is expected to change as the sector develops.

Stephen Banfield, special counsel at Withers KhattarWong, says: ‘The vendor acceptance rate for bitcoin and other cryptocurrencies is yet to reach a critical mass. This is likely to change as new cryptocurrency-based payment solutions are developed, such as TenX and OmiseGo.’

A question of definition

But the growth in cryptocurrencies is creating significant challenges for accountants and auditors, with existing frameworks insufficient for dealing with cryptocurrencies.

Yvonne Kam, accounting consulting services lead partner for PwC in Hong Kong and China, explains that as cryptocurrencies are not issued or backed by a government they cannot be considered cash in accounting terms, nor do they fit the definition of a cash equivalent. They also fail the definition of financial instruments as there is no contractual relationship with any party.

This is, however, insufficient. ‘It seems we are stuck with the intangible assets standard at present, and either carrying it at cost or fair value through other comprehensive income does not provide the most relevant information to users,’ she says. ‘There is an urgent need to fill the gap on the accounting for cryptocurrencies.’

Deciding if cryptocurrencies represent fair value is also a challenge. Jennifer Qin, Deloitte China audit and assurance partner, gives the example of Ethereum. ‘We still have to be mindful that up to this stage we have not seen a large-scale application of Ethereum for commercial usage. In that regard, I think it is very difficult to assess the value of ICOs, as powerful as the technology is, as it is still at a very early stage of finding a viable large commercial application which gives it intrinsic value,’ she says, adding that the difficulties involved in telling if you are getting fair value are likely to be holding back a large number of investors.

Jan Bellens, EY’s global emerging markets and Asia-Pacific leader for banking and capital markets, agrees. ‘At the moment, it is just a digital asset where the value is mainly driven by, frankly, speculation, because at this stage it is really the laws of supply and demand. There is no real underlying asset,’ he says.

‘Having a digital asset with no specific underlying value makes it extremely hard to put a fair value on it from an accountancy perspective.’

Banfield sees cryptocurrency as no different from any other asset in that its value should derive from the net present value of expected future cashflows. But he notes that it is impossible to predict what a particular digital asset is going to generate in terms of value over time as unlike, for example, rental income, it is purely speculative. ‘This creates quite a headache for accountants,’ he says. ‘It is not just valuation concerns; how do you classify a digital asset and what are the tax implications?

‘There is a lot of uncertainty and white space because regulators have not stepped in in a coordinated way. It is too niche and too new.’

Others agree that the lack of regulation is holding back the sector. ‘The broader cryptocurrency space is probably the only sector in the financial world that wants more regulation,’ Arslanian says, adding that since Japan began to regulate bitcoin exchanges, activity in the country has grown hugely.

Qin would also like to see regulators taking a coordinated approach. ‘Cryptocurrencies are not supported by a traditional system, like with fiat currencies, but have global reach through the internet, she says. ‘We need regulatory regime coordination and a consensus in their approach.’

Bellens agrees. ‘The regulators can have dramatic influence on how this will evolve,’ he says. ‘One of the big challenges today is that regulators themselves are not in agreement on how to take this forward.’

Banfield notes that blockchain, the technology behind cryptocurrencies, ‘is truly revolutionary; blockchain technology has the capacity to disrupt many aspects of our daily lives in ways that are not yet fully understood.’

He adds that the main issue with cryptocurrencies is that they currently lack credibility due to the high levels of speculation, their often ‘rubbery’ value proposition, and the historic use of some of them for illicit purposes.

‘Once the sector matures, higher quality tokens will become a respected asset class.’

How has Asia reacted?

The approach regulators in Asia have taken towards cryptocurrencies varies widely:

China The People’s Bank of China has banned all initial coin offerings (ICOs) and has shut down the exchanges on which the tokens and cryptocurrencies can be traded. Despite this action, it is developing its own state-backed cryptocurrency.

Japan At the other end of the spectrum Japan’s Financial Services Agency began regulating 11 cryptocurrency exchanges in 2017. It also recognises bitcoin as legal tender.

Singapore The Monetary Authority of Singapore occupies the middle ground, saying that it does not plan to regulate cryptocurrencies but it will monitor them for potential risks that may require a regulatory response. It has also issued guidelines on ICOs.

Hong Kong Like its Singapore counterpart, Hong Kong’s Securities and Futures Commission has issued guidelines setting out when ICOs may be defined as securities. It has not banned ICOs or the trading of cryptocurrencies.