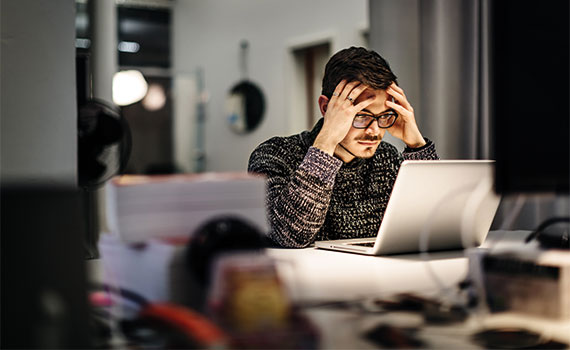 Could 2018 be the year of responsible tax? The stars certainly seem to be coming into alignment as a number of initiatives begin to deliver results, while society’s appetite for corporate taxation reform shows no sign of abating.

However, there is a risk that any potential moves could be derailed, or certainly slowed, by continuing arguments over the UK’s exit from the European Union. Policy makers could argue that now is not the time to focus on internal revenue matters and that attention should instead be on securing the best possible Brexit deal.

But on the international stage, the Organisation for Economic Co-operation and Development’s (OECD) ongoing Base Erosion Profit Shifting (BEPS) project continues to gain traction, with 78 countries now having signed up to the BEPS multilateral convention, a tool that modifies the application of thousands of bilateral tax treaties that will tackle hybrid mismatches, treaty abuse and permanent establishments.

And the largest 2,000 businesses in the UK are now required to publish their tax strategies, covering their approach to UK tax risk management, attitude to tax planning, view of acceptable levels of business tax risk and their approach to dealing with HMRC.

According to law firm Addleshaw Goddard, the majority of FTSE 100 companies already publish at least some information on their approach to group taxation, but there is considerable variation in the quantity of information provided and how informative it is. However, as the firm points out, tax has now become a high-profile reputational issue, and that what a business says about tax can say a lot about that business, its culture and its view of the role it plays in society.

The new measure came into force on 15 September 2016, so any business with a turnover of £200m or a balance sheet over £2bn and a year end after 15 September 2017 will now be beginning to publish their strategies.

This is one of the areas of interest for the Responsible Tax Lab, a project led by Common Vision, a thinktank that aims to foster intergenerational debate from a millennial’s perspective. It helped set up the All-Party Parliamentary Group on Responsible Tax, chaired by Margaret Hodge MP.

The Lab aims to bring together specialists to develop practical ideas and recommendations for taxpayers, government and tax authorities in an engaging and accessible way, while recognising that not everyone is going to agree with each other. It has brought together diverse groups such as the OECD, TUC, Office of Tax Simplification and a number of the large accountancy and law firms.

It has worked with the OECD and Department for International Development to investigate new approaches to help tax authorities in developing countries build robust domestic resource bases. This work covered the need for capacity building and the use of new technology.

Last month it released its latest thinking on tax in a ‘Brexit Britain’, in association with the TUC. Its argument is that, while there is a climate of change, ‘it becomes even more important that decisions are made in a responsible, consistent manner’. And, it argues, people need to be able to understand and scrutinise these changes, even if they do not agree with them.

This is why 2018 could prove to be a pivotal year. As the Lab’s report argues: ‘Brexit provides the context to look at what can be done differently to build the foundations of a more constructive dialogue, so that all citizens can have a shared understanding of what we are trying to achieve with our tax system, who is responsible for achieving this, and who ultimately bears the cost.’

‘Brexit is a critical moment to step back and think about how tax can be used to achieve social and economic objectives,’ says Caroline Macfarland, director of the Responsible Tax Lab. ‘We are asking whether Brexit is a good time to start asking how we use the tax system, and the how the tax system is held accountable and scrutinised in a proper way.’

Of course, there have been a number of previous attempts to focus a spotlight on the tax system. The Institute for Fiscal Studies, together with the Institute for Government and the Chartered Institute of Taxation, last year produced its Better Budgets report, and there was the Mirrlees Review from 2011 that looked at the reform of the tax system in the 21st century. But the Lab is hoping that by shining a light on the purpose, principles and processes of the tax system, it will encourage more people to participate in this debate.

The Brexit process may prompt an increased interest in the more complex aspects of the tax system, especially as tax reliefs, incentives and ‘deals’ are made between government and industry sectors within and outside the UK. But does Brexit actually change anything when it comes to applying the tenets of taxation that have been discussed over centuries? The simple answer, according to the Lab, is no.

Instead, the Lab argues that the Brexit process provides two key unprecedented opportunities. The first is a timescale that extends beyond a five-year parliament. The negotiations and a potential transitional deal with the EU, followed by a full withdrawal process, may take a decade, allowing a longer-term view of the tax system than has previously been possible.

The second opportunity is the heightened public interest that accompanies Brexit. Although tax has been the subject of public debate for almost a decade when it comes to corporate behaviour, this concern has not necessarily led to a more informed understanding of tax by citizens.

Perhaps Brexit can provide the context for a deeper understanding of the tax system and what can be done differently to create a more constructive dialogue. But the Lab report admits there is a risk that the complexities of taxation will get lost in the wider Brexit debate.

Which is why, irrespective of the Brexit negotiations, regulations such as the tax strategy reports will prove important in 2018. They are, according to Macfarland, a good opportunity for corporates to think ambitiously. As she says: ‘We have found that some organisations see the reports as an administration process, but others think they can do more and use them to tell their story on responsible tax.’