The enhanced auditor's report, one year on

A year after its implementation, the enhanced auditors’ report has been well received by the stakeholders and users of audit and financial reports 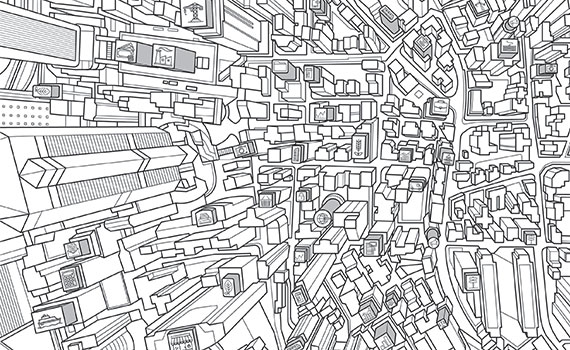 This article was first published in the April 2018 Malaysia edition of Accounting and Business magazine.

One year on, the enhanced auditors’ report (EAR) is resonating positively with stakeholders and users in Malaysia. This is the finding of a new study, which reveals that key users of audit and financial reports found value in the new reporting standards. Some two-thirds of surveyed respondents acknowledged the improvements the new standards bring and that it is a key tool in navigating complex financial reports

Enhanced Auditors’ Report: A review of first-year implementation experience in Malaysia – which was conducted by ACCA, the Securities Commission Malaysia’s Audit Oversight Board (AOB) and the Malaysian Institute of Accountants (MIA) – assessed stakeholders’ responses to the new reporting standards. The organisations concurred that the EAR has spurred constructive behavioural changes within the financial reporting ecosystem and improved engagement between investors and companies.

The EAR standards were issued by the International Auditing and Assurance Standards Board and adopted in Malaysia in 2015 and are effective for periods ending on or after 15 December 2016. The extensive changes are expected to make the auditors’ report more transparent and informative. They also place greater prominence on the auditors’ opinion and introduce the disclosure of key audit matters (KAMs). In the longer term, EAR is expected to drive the flow of useful and relevant information to Malaysia’s capital market, reduce speculation on company performance and promote better understanding of financial statements.

The study’s results are based on the review of EAR and annual reports of a sample of 190 companies listed on Bursa Malaysia with financial periods ended 31 December 2016, as well as views from over 170 audit committee members and investors. Alex Ooi Thiam Poh, AOB executive officer, Chiew Chun Wee, ACCA’s regional head of policy for Asia Pacific and MIA CEO Dr Nurmazilah Dato’ Mahzan briefed the media on the study’s key findings in January.

Ooi noted that, while first-year results are encouraging, the finance and accounting functions should strive for continued improvement to better support effective communication among auditors, management and audit committees. ‘We have always viewed EAR as a game-changer – affecting all stakeholders in the financial reporting system who each has its own role to play in promoting high quality financial reporting and corporate governance practices,’ he said.

Chiew noted that the effectiveness of EAR as a tool depends on the conviction of those who wield it. ‘We have seen a promising start to the implementation of EAR, but more can be done to fully extract the value of this enhanced form of communication and heighten the level of transparency and trust in the information flow within the capital market,’ he said. ‘Ultimately, we should see a greater realisation in the value of audit. It is important to recognise that the benefits are available, not just to the large entities but to the smaller listed companies and SMPs, too, as long as all parties involved apply the right mind-sets and efforts to doing it right.’

The study notes that positive changes in processes and perceptions throughout the financial reporting ecosystem have been spurred by the need to inform the public about the most significant issues tackled in the audit through the disclosure of KAMs.It also notes that audit committee discussions about financial reporting risks with auditors and management are now ‘more focused and robust’, putting audit committees in a stronger position to ensure accountability on behalf of investors.

Chiew pointed out that 85% of audit committee members who responded agreed that the need to discuss KAMs led to more robust discussions with management and auditors, strengthening the position of independent directors. This led to a better overall understanding of financial reporting risks, with a significant 86% of audit committee members reporting that they had gained deeper insight into financial reporting risks of their companies as a result of considering KAMs and reviewing EARs.

Chiew likened KAMs to a movie trailer. ‘It’s a sort of teaser; it gives you the key things that you as an investor should be focusing on. So, the investors are loving it,‘ he said. ‘As a result of the enhanced information, 86% of the investors are now more inclined to read the audit report before the financial statements. That’s a big positive.’

Investors also reported greater confidence in ‘other information’ (OI) contained in the annual report, now that auditors make an explicit statement about reviewing that information for inconsistencies with the financial statements.

In addition, the audit process has been strengthened through more visible audit partner involvement in discussions with audit committees, due to the need for in-depth deliberation and discussion of KAMs. A majority of audit committee members (68%) witnessed an increased involvement of the audit partner in the audit, and 84% of this group considered the increased effort to be sufficient. The study also noted that management are making efforts to improve disclosures in the annual report, following discussion about KAMs.

Nearly two-thirds of audit committee members indicated that the process of considering KAMs and reviewing EAR had resulted in the directors and management making improvements to disclosures in the financial statements (64%) and other elements within the annual report (59%). Audit committees have also used the EAR as an opportunity to put pressure on companies’ management to drive greater transparency and improve competency of their financial reporting functions.

For Nurmazilah, the move to encourage auditors to be more transparent in communicating their work and insights have definitely driven positive change throughout the financial reporting supply chain, in relation to the overall perception and processes.

‘However, there are still opportunities for all parties in the financial reporting supply chain to further improve the implementation of the EAR and increase its value towards providing useful and relevant information flow to the Malaysian capital market,’ she said.

Shareholders are slow off the mark

The implementation of the enhanced auditor’s report (EAR), which requires disclosure of key audit matters (KAMs), has given a timely boost to shareholder activism and good corporate governance. However, shareholders have apparently yet to fully take advantage of the disclosure of KAMs by questioning the auditors and board of directors at company annual general meetings.

Chiew Chun Wee, ACCA’s regional head of policy for Asia Pacific, believes that one of the positives of EAR is that investors are now better placed to raise issues with a company’s directors and auditors. Speaking at a media briefing to launch the joint report – by ACCA, the Securities Commission Malaysia’s Audit Oversight Board (AOB) and the Malaysian Institute of Accountants – on the first-year of EAR implementation in Malaysia, he noted that a significant proportion of investors found KAMs useful in identifying matters to raise in AGMs. On the flipside, however, he said that even though shareholders may have a lot of questions, ‘it doesn’t seem that those questions are surfacing actively during the AGM. Maybe we need to provide a more conducive environment for them to raise their concerns, he added. ‘One of the suggestions we heard was that during the AGM, you need to dedicate some time for the auditors to share more on the KAMs, to trigger more discussion.’