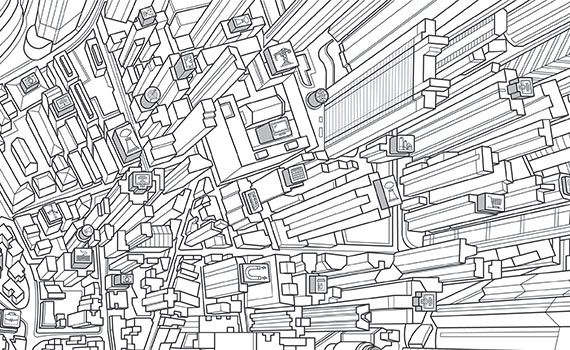 With the Singapore economy expected to grow between 1.5% and 3.5% for the year 2018, a slew of tax changes were announced in Budget 2018 on 19 February to provide near-term support to firms and workers, foster pervasive innovation, build deep capabilities and forge strong partnerships both locally and abroad, all with the aim of anchoring and strengthening our foundation to position the nation for a better future together with all Singaporeans.

Below are the significant tax changes announced for businesses.

For the year of assessment (YA) 2018, the corporate income tax (CIT) rate is maintained at 17% but the CIT rebate will be increased from 20% to 40% of tax payable and the cap will be raised from S$10,000 to S$15,000. The bonus announcement was that the CIT rebate will be extended for another year to YA 2019 with a reduced rate of 20% of tax payable capped at S$10,000. This must be one of the longest runs in the temporary CIT rebates since it started in YA 2013 to help companies cope with rising business costs. However, as before, lossmaking companies do not stand to benefit from such rebates.

The above measure, together with extension of the Wage Credit Scheme – which will provide government co-funding of 20%, 15% and 10% of qualifying wage increases for 2018, 2019 and 2020 respectively – aims to provide near-term support for companies to overcome challenges in their midst of restructuring.

With the expiry of the productivity and innovation credit (PIC) scheme after YA 2018, there were initial concerns that the competitiveness of Singapore’s research and development (R&D) tax regime will suffer a significant dip.

To encourage businesses to register and protect their intellectual property (IPs), the existing 100% tax deduction on qualifying IP registration costs, which is scheduled to lapse after YA 2020, will be extended to YA 2025. Further, the tax deduction will be increased to 200% for the first S$100,000 of qualifying IP registration costs incurred for each YA with effect from YA 2019 to YA 2025. With an annual cap of S$100,000, this measure appears to target small and medium-sized enterprises (SMEs).

To encourage internationalisation further, the expenses cap for the existing automatic double tax deduction for internationalisation will be increased from S$100,000 to S$150,000 per YA for qualifying expenses incurred on or after YA 2019. All other conditions of the scheme remain unchanged. However, it should be noted that this scheme is scheduled to expire after 31 March 2020, unless the government makes a decision to extend it.

Adjustments were made to the start-up tax exemption (SUTE) scheme. This will provide for 75% exemption on the first S$100,000 of normal chargeable income (NCI) and 50% exemption on the next S$100,000 of NCI. All other conditions of the scheme remain unchanged. This change, which will take effect on or after YA 2020 for all qualifying companies, will translate to higher effective tax rates. This reflects the government’s change in stance where they feel that unlike individuals, it is sound and equitable that profitable companies must pay some taxes and, moreover, the full tax exemption does not help companies develop capabilities. Another possible reason for this change was the rampant abuse of this scheme by some companies.

The partial tax exemption scheme will also be adjusted to provide for 75% exemption on the first S$10,000 of NCI and 50% exemption on the next SS$190,000 of NCI. All other conditions of the scheme remain unchanged. This change will take effect on or after YA 2020 for all companies (except those that qualify for the SUTE scheme) and bodies of persons. Only companies with NCI above S$200,000 will be affected; these formed only around 8% of all companies assessed in YA 2016 based on Inland Revenue Authority of Singapore (IRAS) statistics.

To continue to support employee volunteering, the qualifying period for the existing business and IPC partnership scheme, scheduled to lapse after 31 December 2018, will be extended to 31 December 2021.

To ensure a fair and resilient tax system in a digital economy, goods and services tax (GST) will be introduced on imported services on or after 1 January 2020. Business-to-business imported services will be taxed via a reverse-charge mechanism. Only businesses that make exempt supplies or do not make any taxable supplies need to apply reverse charge. The taxation of business-to-consumer imported services will take effect through an overseas vendor registration mode, which requires overseas suppliers and electronic marketplace operators that make significant supplies of digital services to local consumers to register with the IRAS for GST. The above changes do not impact e-commerce for low-value goods where the goods are imported by air or post and the value is below S$400, although this will be reviewed.

To support the expected increase in healthcare, security and other social spending, the GST rate will be raised from 7% to 9% some time between 2021 and 2025. The exact timing will depend on the state of the economy, how much expenditures grow and how buoyant existing taxes are. The announcement of the delay in the implementation of the 2% increase in GST rate was welcome news as it is certainly more palatable than an immediate increase. The early announcement gives the general public the heads-up to plan and cope with this imminent increase. This is in line with the government’s long-term approach to fiscal planning whereby the future increase in GST revenue was meant to cater to the increased spending needs of the government in the next decade, so the timing of the increase was understandable. Though GST is regressive in nature, Singapore has uniquely implemented it in a progressive manner through offset packages and the permanent GST voucher scheme to help lower income families.

The top marginal buyer’s stamp duty (BSD) rate will be raised from 3% to 4% and applied on the value of residential property in excess of S$1m as follows:

The revised rates will apply to all residential properties acquired on or after 20 February 2018. There will be a transitional provision for cases where an option to purchase (OTP) has been granted by sellers to potential buyers on or before 19 February 2018. For such cases, the current BSD rates will apply if the OTP is exercised on or before 12 March 2018 or the OTP validity period, whichever is earlier.