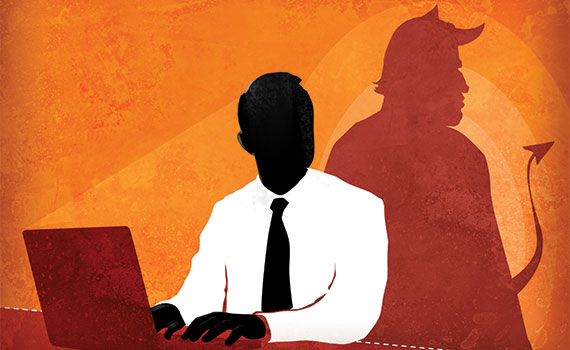 There was welcome news in last year’s autumn Budget for those wanting to invest in startup companies through the government’s Enterprise Investment Scheme (EIS). In response to the Patient Capital Review, the limit on the amount someone can invest under the EIS in a tax year will increase from £1m to £2m from April 2018, provided that the extra £1m goes into knowledge-intensive companies.

EIS is attractive to wealthy investors because of the 30% upfront income tax relief, together with capital gains tax relief if the investment is held for more than three years. There are of course complex qualification rules for investee companies, but, on the whole, EIS investors themselves are sophisticated enough to cope with such complexities.

Before investors can claim tax relief under EIS, the investee company must go through a detailed process and supply significant information to HMRC. Only when HMRC is satisfied will it issue the relevant documentation (form EIS3) to the company, for distribution to investors.

The definition of a knowledge-intensive company (KIC) is equally complicated. Such a company is one that, among other qualifying criteria, has spent 10% of overall operating cost in each of the three years before the investment on research and development, or 15% in any one of the three prior years. The company will also need to show that it will either be carrying out work to create intellectual property with the expectation that the majority of the company’s business will come from this within 10 years, or have 20% of its employees carrying out R&D when it receives the investment and for a further three years after that. These employees should also have relevant masters’ or higher degrees.

While investing in an EIS company is unlikely to attract humble high-street investors, it hasn’t stopped the government from wanting to stamp out any suspected abuses, along with the Seed Enterprise Investment Scheme (SEIS) and Venture Capital Trusts (VCTs).

Alongside the £1m increase, the government has introduced a new condition to the EIS, SEIS and VCT rules that excludes tax-motivated investment, where the tax relief provides most of the return for an investor with limited risk to the original investment. The condition depends on taking a ‘reasonable’ view as to whether an investment has been structured to provide a low-risk return.

The government has said it wants schemes to be focused on supporting companies with high growth potential. In response to the consultation Financing Growth in Innovative Firms, the government says evidence was provided suggesting that a significant subset of EIS investment in 2016-17 was focused on capital preservation. A risk-to-capital condition would enable the government to avoid excluding further specific types of activity, which would risk excluding genuine entrepreneurial businesses, while reducing opportunities to use the schemes for tax-motivated investment.

The Treasury anticipates that this additional rule will save the public purse some £45m in 2019/20, and a further £35m in 2020/21. It also believes that the measure will affect individuals who subscribe for shares in companies that are carrying out capital preservation activities, often through an EIS fund manager or investment house. Such individuals, it says, are likely to be affluent but risk-averse because they are not prepared to lose their capital.

But since these announcements were made last year, there has been a development that seriously runs the risk of discouraging potential EIS investors from making such investments. Business angels are now being cast as devils.

According to accountancy firm RSM, a number of individual investors have found themselves on the receiving end of an HMRC tax enquiry (typically arriving towards the end of January, just before the end of the enquiry ‘window’ of 12 months post-filing) that asks some very detailed questions about their EIS investments. These questions cover the source of the investment capital, whether a loan has been used to make the investment, whether the scheme has been promoted to the investor by a third party, and details of the EIS certificates and various other documents from the investee company. ‘These enquiries can be very unsettling for the individual concerned,’ says RSM tax partner Tim Smith.

It is understood that HMRC is carrying out these investigations because it is concerned that there are abusive schemes being marketed as a potential way to minimise tax payments. Now that a number of film industry investment schemes have been driven out of town by the courts, HMRC is concerned that promoters of such schemes are now looking for other opportunities.

However, Smith, who heads RSM’s VCT and EIS group, argues that EIS investors ‘de-risk’ their investments through a combination of detailed due diligence – often carried out by an independent financial adviser, or by creating a diversified portfolio of investments, where losses on one investment can be recouped by gains in another.

‘Serial investors will know that their investments are risky, so will manage their risk through investing in several different companies,’ he says. But the more troubling aspect is that such investigations could have a knock-on effect and have an impact on the levels of investment in such companies.

‘A tax enquiry is a very negative event,’ Smith says. ‘People who deal with their affairs properly will be put off by a tax enquiry. [Seed investment] is the hardest money for companies to raise, and at a time when the economy is under pressure, it will put off exactly the type of people the government needs to invest.’

If HMRC is concerned about more structured investment schemes, aimed at high-net-worth individuals who are prepared to take more of a risk, then Smith suggests the taxman looks at the promoters of such schemes rather than the individuals. But to target individuals whose only link is that they are prepared to risk their capital through investing in such startup businesses is, as Smith argues, ‘counterintuitive’.