Gender pay gap reporting less helpful than had been hoped 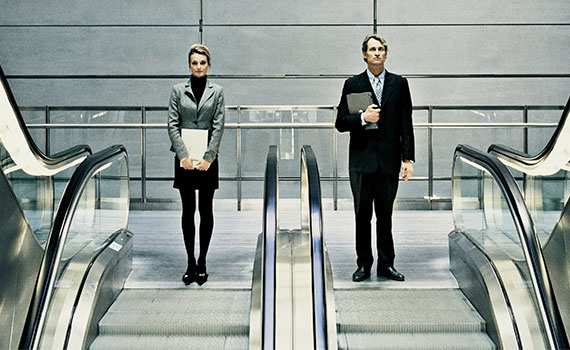 The results from the first round of mandatory gender pay gap reporting are now out. Neither the process nor the results seem to have gone well.

Just over 10,000 companies reported on time  – 1,000 on the last day – and 1,500 missed the deadline. The UK officially now has (for companies of 250 employees or more) a national median gender pay gap of 18.4%. More than three-quarters (78%) of companies pay men more and there is not a single sector where women earn more than men, although some companies reported a statistically surprising gap (0% for both the mean and the median seems curious). The profession with probably the most female graduates – teaching – is one of the worst offenders.

It is now possible, using tools on the government’s website and elsewhere, to enter the name of a company and get information on its gender pay gap. With a lot of data on a lot of companies, both public and private, can the government consider this exercise a success, making significant strides towards workplace equality in the age of #metoo?

Insight or no insight?

Minister for Women Victoria Atkins thinks so. In a statement to parliament, she said: ‘These new regulations have shone a light on the injustice that has existed for too long and created a new conversation.’ Kate Andrews at the Institute of Economic Affairs disagrees. Despite the influx of new data, ‘the government’s new pay gap reporting measures fail to provide any meaningful insight into equal or fair pay for men and women,’ she wrote. So who is right?

In the government’s corner is Sucheta Nadkarni, director of the Wo+Men’s Leadership Centre at Cambridge’s Judge Business School. For Nadkarni, despite obvious flaws, the data is ‘a useful first step in taking broad stock of the gravity of this issue across different organisations and industries’. In other words, now we know the general size and shape of the problem, we can start to narrow towards solutions. But for Andrews, the flaws in the data not only outweigh its usefulness but also provide a potentially misleading picture that may skew employment incentives – such as encouraging companies to prioritise hiring men into lower paid positions. Clearly, this isn’t what the government was aiming for.

It’s certainly true that the data is not as useful as it might be. Most importantly, it does not offer insight into pay for equal work – there is no information on whether men are paid more for doing comparable work to women. Part-time and full-time workers are also lumped together. This is problematic because part-time workers are paid less and are more likely to be women. You could argue that lumping part- and full-time workers together doesn’t conceal anything but shows there are structural discrimination problems elsewhere
– a gender ‘care’ gap, if you like.

Julian Jessop, chief economist at the Institute of Economics, says the pay gap reporting ‘is not fit for purpose’ and does not seek to isolate areas of structural discrimination – such as availability of childcare – that is holding women back. If the government will insist on companies reporting on these terms, he says, gender pay gap reporting should be ‘rolled back’ to ‘cut the compliance burden and discourage short-term measures to manipulate the data’.

One of most interesting takes on gender pay gap reporting came well before the deadline, in January, from the Office for National Statistics (ONS). Its paper, Understanding the Gender Pay Gap in the UK, uses data from the 2017 Annual Survey of Hours and Earnings to model various characteristics of working life that affect pay, including age, tenure, occupation, sector and region. A decomposition analysis of that data revealed: ‘Of the difference between the log of men’s and women’s earnings, 36.1% can be explained by the difference in characteristics included in the model.’ The ONS modelling used more detailed characteristics than the government’s slightly cruder reporting requirements.

The ONS report indicates that we don’t know two-thirds of the reasons why men are paid more than women, but the data the government has asked for as part of the new mandatory reporting requirements doesn’t give that insight.

The ONS says that it would be useful to add ‘information on family structures, education and career breaks’: how many years a person spent in school, what caring responsibilities they have, how many children they have and what age the children are – all much richer data than the soup of fairly general numbers the government has asked for. More data on more detailed areas would help to reveal the – likely many – strands of structural discrimination so that they can be addressed at source.

The ultimate test of usefulness is whether the data the government asks companies for holds the answer to closing the gap. So far, this doesn’t seem to be the case; it appears only to tell us things we already know.

Gathering rich data is much easier than it used to be, as is cross-referencing that data with the many other sources of information that the government collects about people throughout their lifetimes.

We know that, from a strictly technical perspective, more equal companies are more successful. It could, therefore, be the role of influential shareholders to press companies to investigate thoroughly where the other two-thirds of their pay gap arise and ask them what they plan to do next.

"It would be useful to add detail on family structures, education and career breaks – richer data than the government has asked for"