Big Four audit back in the firing line 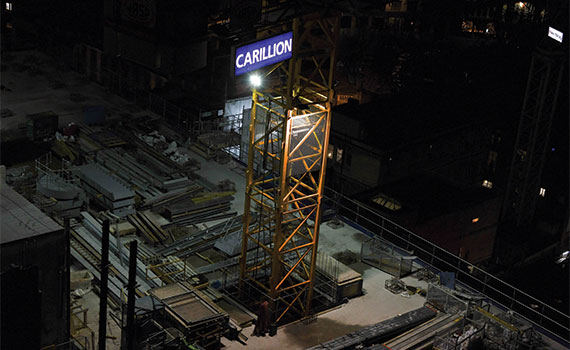 In 2016 it was all set to be so different. The European Union’s audit reforms were due to take place that June, triggering mandatory audit firm rotation, while further prohibitions and restrictions on non-audit services were promoting unprecedented levels of audit tendering. Half of all FTSE 350 audits were going to be up for grabs.

Adrian Stone, then head of audit at KPMG UK, said in April that year: ‘The reforms have driven unprecedented levels of audit tendering activity, which in turn has resulted in a vibrant market for audit and other professional services with a particular focus on audit quality and innovation and technology to enhance the audit process.’

Roll forward to February 2018 and the bright picture had turned much darker. MPs were criticising KPMG as the external auditor and Deloitte as internal auditor for the judgments they made over the collapse of their contractor client Carillion.

Concerns have spread wider than just one bust business, however significant Carillion may have been; the whole of the audit market is now under scrutiny. To some critics, the inference is clear: lack of competition led to poor-quality auditing. And that poor work, say the critics, was exacerbated by the shortcomings of the auditor regulator the Financial Reporting Council (FRC).

Despite the promise of the 2016 EU reforms, the audit market for large quoted companies remains the preserve of the Big Four. So far the rotation of auditors seems to have been a game of pass the parcel played by the Big Four alone.

In April 2018 Grant Thornton said it would no longer bid for FTSE 350 audits after repeatedly coming second to the Big Four firms – a result it blamed on systematic market failings. With contract pitches costing up to £300,000 a throw, continually missing out was not a good return on investment.

Frank Field MP, chair of the work and pensions committee (the parliamentary committee holding a Carillion inquiry), says: ‘That the next biggest contender in the audit market has decided to bow out of the ring surely adds to a central question emerging from our inquiry into the collapse of Carillion. If number five has given up trying to compete with the Big Four, what hope for the rest? It looks ever more like government will have to act to restore competition in a market that is failing.’

The FRC is calling on the Competition and Markets Authority (CMA) to review the Big Four market. But where Field sees the audit market as a cosy ‘oligarchy’, the Big Four auditors want scale and specialisms so they can offer quality services. It is a challenge that new CMA chair Andrew Tyrie seems happy to take on.

A call from a parliamentary committee will not secure great competition in the audit market: the how and why of injecting more competition are not straightforward. Andrew Gambier, head of audit and assurance in ACCA’s professional insights team, warns: ‘We need to unpick what it is about this market that means we end up with a few big players.’ He says the decision-making process when choosing an audit firm is ‘full of micro-decisions, which taken together nudge the decision process in favour of the larger firms’. A multinational business, for example, justifiably chooses an auditor with an equally extensive network.

While the market overall might benefit from greater diversity in audit firms, individual audit committees might sense security in the safe harbour of a Big Four firm. Gambier says: ‘They may view going for a larger firm as a safer option in the long run. If a business fails after choosing a smaller auditor, the audit committee would be asked why they had chosen that firm.’

Gambier wrote the recent ACCA report Tenets of a quality audit, which explores the characteristics of – and some of the tensions around – doing audit work well. He says: ‘When a business problem arises, it does not necessarily indicate a problem in the audit process. The audit has inherent limitations.’ While he supports holding auditors to account, he warns that, in the rush to judge, the subtleties of the issue seem to get lost.

The FRC’s executive director for audit and actuarial regulation, Melanie Hind, says the FRC distinguishes between competition and choice. ‘Since retendering and rotation [R&R], avid competition has emerged on quality and innovation between the Big Four/Big Six, which has been beneficial,’ she says. ‘But R&R has not broadened choice; potentially it has narrowed it.

‘Restricting the services auditors provide – in terms of previous consultancy services – means the pool of independent providers is small, especially if the audit switch is unplanned. Audit committees must work hard to schedule tendering to ensure audit firms meet independence rules to bid [for the audit].

Hind continues, ‘A small number of significant economic entities have little choice over who they can appoint. It could be just one firm. Appointing beyond the Big Four may not be seen as practicable because of technical and geographical challenges. There is no silver bullet, no one remedy.’

The FRC’s Melanie Hind says that the UK’s audit regulator has seen improvement in audit quality and that ‘most of the audits we see are good’.

Although there was no pass/fail in the qualitative assessments made by the FRC three or four years ago, around a third of the high-risk audits it reviews could be improved. Hind says: ‘We want to see the 33% fall to 10% by the time of our 2019 annual report; even then, if this is achieved, we won’t rest on our laurels.’ She emphasises that these reviews are challenging and that firms take them seriously, and believes that circumstances and expectations are changing.

‘Auditors are doing more in-depth, challenging work than previously,’ she says. ‘Corporate complexity, public expectations and level of assurance expected have all risen. The FRC sees cases where the auditors need to do more.’

But she makes clear her concerns: ‘I am wary of saying that broadening choice will lead to improved audit quality: it could have the opposite effect. The Big Four are systemically important, especially as the UK has the second largest capital market in the world, which is underpinned largely by assurance provided by the Big Four. If confidence was undermined in one of the firms, we worry about contagion in the capital markets. It would be better to have more firms so a collapse in confidence in one firm would not spread to the whole market.’

In April 2018 the government announced it was asking the chair of UK Research and Innovation John Kingman (an ex-Treasury mandarin and current chair of Legal & General) to conduct a review and report back by the end of 2018 to ensure the FRC’s ‘structures, culture and processes; oversight, accountability and powers; and its impact, resources and capacity are fit for the future’.

The FRC has welcomed this review. The FRC’s Melanie Hind told AB: ‘The FRC’s roles and responsibilities have evolved over time. The last review of FRC and its powers was in 2012, and since then there have been changes in societal views, public expectation and issues such as Brexit. It is timely to look again at how the FRC can best serve the public interest.’

The FRC’s chief executive Stephen Haddrill has suggested that one way of ending the Big Four’s dominance would be to spin off their audit arms into separate businesses. It is not clear whether audit/consultancy conflicts are the major issue, given the much tighter restrictions on selling non-audit services alongside the audit, nor how such a move would smash down barriers to entry into an audit. Nor is it clear how it would make competing easier for Grant Thornton, or how setting up an audit-only business to try to win large audits would be any more attractive. The result might simply be four commodity-type businesses struggling to attract talent.

The other way would be to create a Big Eight out of the Big Four by splitting them down the middle. Leaving aside the whole problem of how to divide global networks, it may be possible to split firms by service line, but that would not guarantee greater competition. Would the Big Eight audit firms then attempt to build a banking practice from scratch, for example, or decide not to enter that sector? In that case there would be more audit firms, but the banks would have no greater choice of auditors.

ACCA’s Gambier suggests the use of supporting auditors: the Big Four firm remains group auditor but smaller firms take on the client’s divisions and subsidiaries. But what about about loss of control, split responsibility, unknowable or unreliable quality? Despite all that, it may be a solution worth exploring.