Marcel Coppini: a personal view on the role of auditors in upholding the public interest 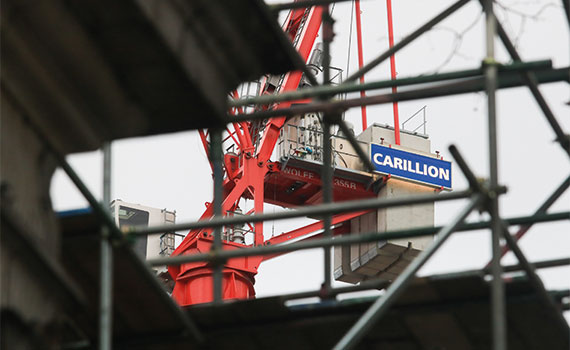 The public interest is a curious, hard-to-define concept. One could hope that everyone would act in the public interest at all times and in all circumstances and that this should be one of the pillars of modern society. But applying the concept in practice is challenging; the line between what is and is not in the public interest is often not clear-cut. For accountants, as for other professions, the real world can also be very different from the theoretical debate, particularly in today’s fast changing business world.

We live in times when society as a whole is arguably more lax about standards of behaviour than in the past. It is therefore all the more important that professional services firms are seen to apply the highest ethical standards.

The collapse of UK construction giant Carillion earlier this year brought the issue of professional ethics and the public interest into question again, putting the audit profession in the UK once more uncomfortably under the spotlight. Rachel Reeves, who co-chaired the UK government’s parliamentary inquiry into the matter, referred to the Carillion audits as ‘a colossal waste of time and money, fit only to provide false assurance to investors, workers and the public’. After a decade of ongoing regulatory changes within the audit and accountancy profession following the 2008 financial crisis – in the UK and more broadly –  I find this perception of our profession disheartening and exasperating.

So what duty do we as professional accountants have to protect the public interest? And what practical implications does such a duty have for the day-to-day business of accountancy firms and accountants working in corporate roles?

Of course professional ethics and quality standards are central here. ACCA’s Code of Ethics gives prominence to the core values of our profession, emphasising the duty of all members to act with integrity, objectivity and competence. ACCA has also recognised the need for professional accountants to be trained to act ethically by introducing an ethics and professional skills module into the qualification.

A landmark British common law case in 1896 had significant repercussions for external auditors in this context. The liquidator of Kingston Cotton Mills pursued the company’s auditors for failing to detect the overstatement of the company’s premises and stock of material. In seeking to establish the profession’s role in upholding what the public expects of it in terms of transparency, accountability, credibility and reliance on audited financial statements, the judge held that an auditor should act as a ‘watchdog’ rather than a ‘bloodhound’. However, over the years, the auditor’s duty of reasonable care has evolved from having an ‘enquiring’ mind to being alert to circumstances that may indicate a misstatement, ie being professionally sceptical, in effect transforming the role of the auditor from watchdog to bloodhound.

Rigorous internal as well as external monitoring processes and other robust quality control procedures are of course part of the solution, as is an ongoing commitment by all stakeholders to raise the bar of audit quality. Society as a whole needs to instil a culture of righteousness and rekindle moral and ethical values within the business community to best serve the public interest.

From a statutory audit perspective, rather than indulging in more complex regulation, perhaps it is time to look into more effective enforcement and tougher sanctions. Imposing hefty penalties on large firms that transgress does not seem to have brought us much closer to a solution. For example, the suspension or withdrawal, by the professional body, of the practising certificate of audit engagement partners or principals within larger audit entities who are found to be ultimately responsible for audit failures of such a magnitude may prove a more effective deterrent in the long run, and a better tool to uphold the public interest.

The International Ethics Standards Board for Accountants recently issued guidance for accountants on how to act when they uncover situations of Non-Compliance with Law and Regulations (NOCLAR) by their clients or employers, particularly when such breaches are of significance to the public at large. Time will tell how effective this guidance will be, given that its success is largely dependent on individual jurisdictions’ whistleblowing provisions. It is to be hoped, though, that NOCLAR, or at least an awareness of its existence, will be not only an important beacon to practitioners but a tool that serves to uphold the public interest.

This article represents the personal views of Marcel Coppini FCCA, an audit quality consultant who spearheaded the setting up of the Quality Assurance Unit in Malta and was an active member on a number of audit regulatory committees within the European Union until 2016

"Over the years, the auditor’s role has in effect been transformed from watchdog to bloodhound"

ACCA has a range of resources for members to help them understand the requirements of the Code of Ethics. These include a dedicated section on the ACCA website that links to further guidance, advice and support.

ACCA’s publication Tenets of a quality audit explores the factors that contribute to quality in audit, recognising that sometimes those factors can be in tension. These include timeliness and thoroughness, independence and closeness to the audited entity, and providing a holistic opinion and responding to fraud.