TMF Group, in association with ACCA, looks at the big issues for businesses planning to set up or expand in Germany and the tax and accounting regulations to consider 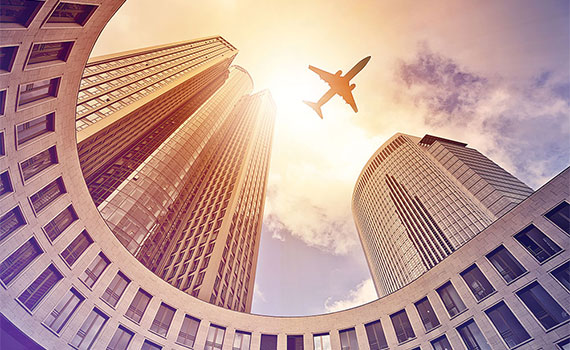 In economic terms, Germany is on a high. In 2017 economic growth in Germany reached 2.2%, the highest level for six years. Unemployment is down to 3.6%, the lowest level since unification in 1990.

It is no wonder that companies across Europe and the world see Germany as an attractive destination. It is the fourth largest economy in the world in terms of nominal GDP, contributing a fifth of the European Union’s GDP, and is particularly strong in manufacturing and engineering, pharmaceuticals and energy.

‘It’s difficult to estimate how many overseas companies decide to use Germany as a primary starting platform over another European country but there are lots of arguments supporting the decision to choose Germany,’ says Manfred Woegler of TMF Germany’s office in Munich. ‘It is the largest European economy; it has a stable political and regulatory environment, steady growth and well-educated personnel.’

TMF Group’s recent Financial Complexity Index for 2018 certainly supports this view, ranking Germany 21st in the world for complexity from a financial compliance perspective. The index indicates the complexity of the business environment – it ranks nations according to the ease with which companies can deal with taxes, adhere to reporting requirements, maintain company accounts and deal with cross-border transactions. Complexity is an important factor for executives making decisions about where to invest but not necessarily the most important one; some of the most popular nations for business are also the most complex.

So, once the decision to set up operations in Germany has been made, what do businesses need to look out for? Woegler says that, generally, setting up a German limited liability company (GmbH) is not complicated as long as you are already aware of the process or use a service provider who is familiar with the necessary steps. ‘One of the main difficulties that people face in setting up a company here is in opening a bank account and the relevant know-your-customer (KYC) processes. If we see potential issues coming up, we can suggest workaround solutions, such as purchasing a company with an existing bank account.’

Once a company is up and running, it will find a taxation environment that is mostly favourable. The standard rate of VAT is set at 19% and corporate income tax at 15%. A ‘solidarity surcharge’ (Solidaritätszuschlag) of 5.5% must also be paid by any individual person or legal entity that owes income tax, capital gains tax and corporate tax in Germany. This was introduced post-unification in 1991 and was intended as a temporary measure but there are no immediate signs that the surcharge will be withdrawn. Trade taxes (Gewerbesteuer) are also levied on profits at a rate set by each municipality – the average rate is about 14% – bringing the combined tax burden for companies to approximately 30%.

This year’s Financial Complexity Index is the second produced by TMF Group and is heavily influenced by the global shift towards transparency and conformity across the world. Many nations in the index are implementing the requirements of the Organisation for Economic Co-operation and Development’s base erosion and profit shifting (BEPS) project. The Common Reporting Standard, which allows for automatic exchange of information between jurisdictions by financial institutions, is also making an impact. As a result, compliance is very much on the agenda.

And this is where Germany is particularly interesting. While it ranks 21st out of the 94 countries covered by the index, Germany – along with South Africa – is rated as the most complex in terms of compliance, with a score of 80% compared with the global average of 61%.

‘Germany’s market is, in principle, free but there is a lot of government regulation and wide-ranging social welfare programmes,’ says TMF Group’s report. ‘Add to that the growing number of EU regulations and, to those outside the bloc, Germany would seem incredibly complex.’

Woegler explains that ‘compliance’ within the context of the Financial Complexity Index refers mainly to cross-border transactions, corporate representation and data storage requirements and methods. ‘In fact, there are a lot of government regulations and, when you also consider the growing number of EU regulations, Germany seems quite complex. However, this may change – there are plans in place for this year, or under process at the moment, to simplify tax legislation and extend various reporting and filing deadlines.’

In terms of sourcing local talent, Woegler says the strong focus on education in Germany means that finding skilled people is not the biggest concern for overseas companies setting up in the country. ‘That said, the competition between companies to bring the most qualified people on board is very high, at least in the major business centres,’ he adds.

Abdul Goffar, ACCA’s head of Western Europe, sees the country as a very attractive place to do business: ‘We have more than 600 members and around 1,000 students in Germany. With its position at the heart of the European economy and world-famous brands, it offers excellent opportunities for careers in business as well as a high standard of living and quality of life.’

With a population of 80 million – making it the largest consumer market in Europe – and as the US’s largest European trading partner, Germany’s future is looking good. And the report is optimistic that it will continue to attract companies from across Europe and beyond. ‘We would expect Germany to become more attractive post-Brexit,’ says Woegler, ‘especially among English-speaking companies that might predict trading difficulties between the UK and EU.’

TMF Group’s Financial Complexity Index (FCI) looks at the complexities of maintaining tax and accounting compliance across 94 jurisdictions worldwide. The analysis considers the accounting and tax rules in each jurisdiction, how relevant regulations are incorporated into a business and the risks of non-compliance. The 2018 edition outlines the changes in German legislation planned for this year, including:

Measures to combat the use of preferential tax regimes by international corporations, in line with the OECD’s BEPS project, giving tax officials the power to carry out unannounced inspections and field audits to address tax fraud at checkouts

Extending the deadline for filing tax returns by another two months

Two-factor authentication and other IT and data security requirements as part of updates.