Recent changes to the way termination awards are taxed have significant implications for accountants and their clients, says Robert Salter FCCA 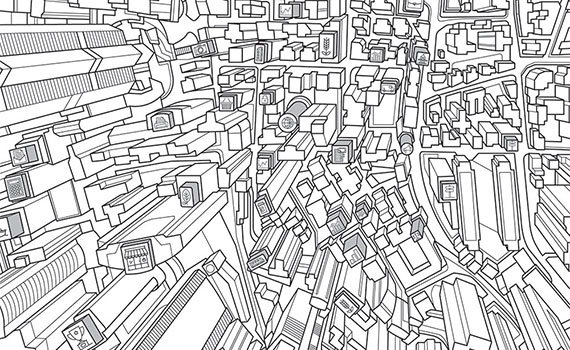 The government has changed the way termination awards are taxed with effect from 6 April this year, with further changes coming through from 6 April 2019. These are significant and could easily result in higher taxes for people being made redundant and higher costs for employers.

So what do practitioners need to advise their clients so that they understand the net tax position on redundancy? And what do accountants in companies need to know in order to manage the impact of the changes from a budgetary and cost perspective?

Payments in lieu of notice

First, there’s the issue of payments in lieu of notice (PILONs). When leaving a company, whether through redundancy or other termination, employees often depart without serving their notice period. This would usually have resulted in a PILON being made to the individual in respect of the ‘lost period of working’. The taxation of PILONs was dependent upon their exact legal status: contractually provided PILONs were subject to tax and employee and employer national insurance contributions (NICs); non-contractual PILONs were generally treated as part of the termination award and subject to the various reliefs that this provided (for example, they could be part of the tax-free £30,000 amount).

The April 2018 changes fundamentally remove the distinction between contractual and non-contractual PILONs. This means that since April the PILON element of a termination package is no longer eligible for the £30,000 ex-gratia tax free element, and it will be subject to both primary and secondary class 1 NICs.

While the changes were at one stage badged as a ‘simplification process’, the rules are actually complex and need close analysis. When assessing the tax position of PILONs – or post-employment notice pay (PENP), to use the legislative wording – under the new rules, there are a number of key points to note.

However, some uncertainties remain in practice. For example, how are allowances (such as a car allowance) regarded? Are these still basic pay? In addition, as advisers will be aware, historically with PILONs, HMRC has often argued that commission and bonuses, for example, are contractual awards and directly taxable under wider tax legislation. So it is easy to imagine that some HMRC inspectors could still argue that some of the above elements are taxable outside the PENP regulations.

In contrast, where there is now a contractual PILON clause and this would provide for the employee to receive BIKs as well as the cash earnings, the full amount received is likely to be taxable earnings. These new regulations also apply to fixed-term contracts (as enjoyed by footballers, among others) and in effect ensures that the court’s decision in Tottenham Hotspur v The Commissioners for HM Revenue and Customs 2018 is overturned. The basic pay between the early termination date and the formal expiry of the contract would no longer be eligible for the £30,000 tax-free relief and
would be subject to employee and employer NICs.

Then there is the issue of foreign service relief (FSR). Advisers will be aware that ex-gratia termination awards have traditionally been entitled to FSR. Under the historic rules, FSR meant that some individuals could, for example, have all of their ex-gratia termination award excluded from a UK tax charge (for example, where 75% or more of their total service was outside the UK).

While the new rules haven’t totally removed the availability of FSR, the regulations are much tighter and may result in individuals being taxed on payments that would have historically been tax-free.

For example, FSR is no longer available if the individual is regarded as a UK tax resident at any point during the tax year of termination. While relief (of a type) may still be available via double tax agreements (DTAs), this would not apply in all cases because of the absence of DTAs with some countries or the particular clauses within specific DTAs. These changes could be particularly challenging to individuals returning to the UK from employment overseas. Employers and employees need to review closely the issues that arise in this area.

The April 2018 changes tighten the tax rules associated with the concept of damages for ‘injury to feelings’. As advisers will be aware, there has been some uncertainty about how such compensation payments should be treated from a tax angle for a number of years. The new regulations make it clear that injury to feelings cannot be exempted from a UK tax charge automatically. Relief is now only available where the injury to feelings is of such a nature that it results in a recognised psychiatric or medical condition arising.

These changes have major implications for employers and employees. Companies may wish to change their formal policies around contractual PILON clauses, for example. Advisers, HR teams and finance managers need to understand the implications of terminations from a cost and timing perspective, and ensure that any ‘promises’ to employees are correctly quantified and assessed at an early stage.

Robert Salter FCCA is a tax specialist with Blick Rothenberg