What young public sector talent wants – and how employers must respond 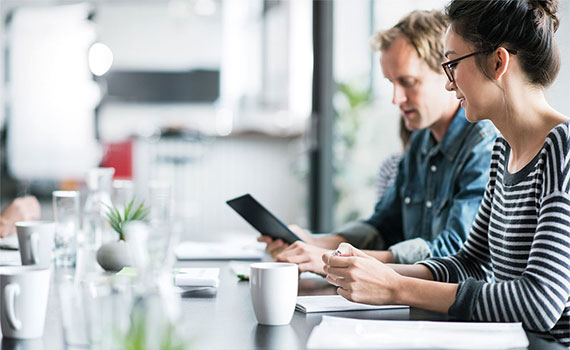 ACCA’s ambitious Generation Next study is one of the largest ever international surveys carried out on the work preferences and aspirations of young professional accountants. Some 19,000 ACCA members under the age of 36 in 150 countries took part, and the full results were published in a report released in 2016, followed by four sector-specific reports. ACCA has recently released the last of these reports, which focuses on more than 1,400 young accountants working in the public sector.

As with the previous studies, this latest not only looks at the views of young accountants but also what their employers need to do to attract the talent they need to thrive. The report, Generation Next: managing talent in the public sector, argues that public services around the world are struggling to do more with less and face many challenges, from ageing populations to climate change. Meeting these challenges, it reasons, will be possible only if the right talent is in place.

The study finds that while accountants working in the public sector are the most optimistic of all about technological change, show considerable entrepreneurial drive and believe their finance education has given them an excellent foundation for their future career, they also have lower overall levels of job satisfaction than their counterparts in other sectors – 24% were not satisfied or not at all satisfied compared with 18% in all sectors.

One of the biggest draws of the public sector for young finance professionals, it seems, is the working environment. Young accountants want to work for organisations that offer an excellent experience, says the report: ‘Particularly, they are looking for a good work-life balance, job security and to be engaged in interesting work.’

As part of its research ACCA held a series of roundtable discussions around the world. While public sector participants in the roundtables felt that the comparatively lower remuneration levels offered in the sector were an issue in retaining top talent, the broader package – in particular, the ability to offer a positive experience at work – supported their ability to retain talent.

Indeed, the report suggests that many young professional accountants currently working in other sectors would willingly move into the public sector, attracted by the challenges of the role, job security and a good work-life balance. Nearly 40% of those who are looking to move into the public sector currently work in the corporate sector, the study finds, with the largest interest coming from small corporates, although this varies significantly from country to country. Of those looking to move, 18% in Pakistan and 17% in Zambia want to join the public sector, although in the UK the proportion is just 8%.

The report argues that this wish to work in other sectors should be seen as a development opportunity rather than a threat. ‘Instead of fighting this preference,’ it says, ‘public sector employers should use secondments to harness it to fulfil the aspirations of their staff while also providing development opportunities. Many public sector accountants may then return to their original role with new capabilities and a broader outlook on their work.’

One of the biggest concerns is that the lack of a transparent career path could be contributing to job dissatisfaction in the public sector: only 26% believe clear paths exist in their organisation. Alex Metcalfe, head of public sector policy at ACCA and the author of the report, points out that squeezed public sector budgets could be putting retention of talented staff at risk. ‘Across the sector, developing talent has been a challenge given austerity and the tightening of government budgets, which often hit learning and development budgets,’ he says. ‘The survey showed that 92% of respondents were attracted to public sector employers that would provide the opportunity for them to learn and develop skills. It is essential that public organisations meet this challenge.’

The report makes a number of recommendations for public sector employers that could help them attract and retain good young talent (see the box on the previous page). ‘There are significant opportunities for public sector bodies to transform their service offerings in order to provide better value for money for the public,’ the report concludes. ‘In order to achieve these benefits, public sector organisations must ensure that they have the right professionals in place.’

No strangers to ambition

"Many young accountants would willingly move into the public sector, attracted by the challenges of the role, job security and a good work-life balance"

The survey asked, is it becoming more attractive to work in the public sector? Globally, respondents in the public sector rated its appeal more highly than those in the private sector, but there was considerable variation in country-specific responses.

What employers should do

The report argues that employers in the public sector must focus on attraction, development and retention in framing any wider changes in their approach to talent management. The survey, along with a series of global roundtables conducted in 2018 with public sector employers, produced a number of recommendations.

To attract talent, employers should:

Develop the brand of their function or team

Advertise the opportunities for learning. To develop talent, employers should:

Offer new forms of experiential learning – respondents felt that mentoring, job rotation and coaching were underused by their employers

Encourage secondments, eg, to the corporate sector. To retain talent, employers should:

Stress the excellent work environment offered by the public sector

Create opportunities for new challenges in the same role